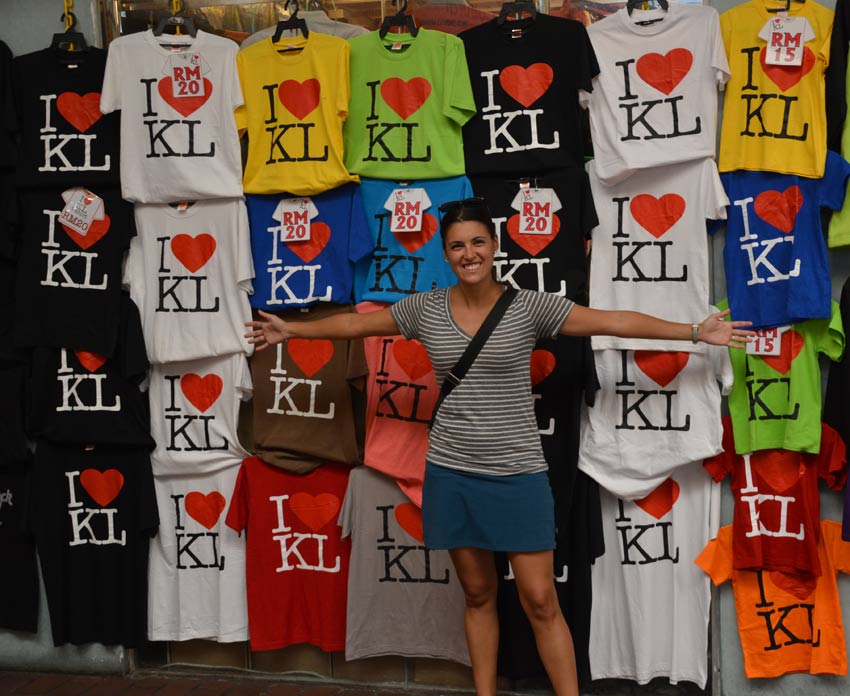 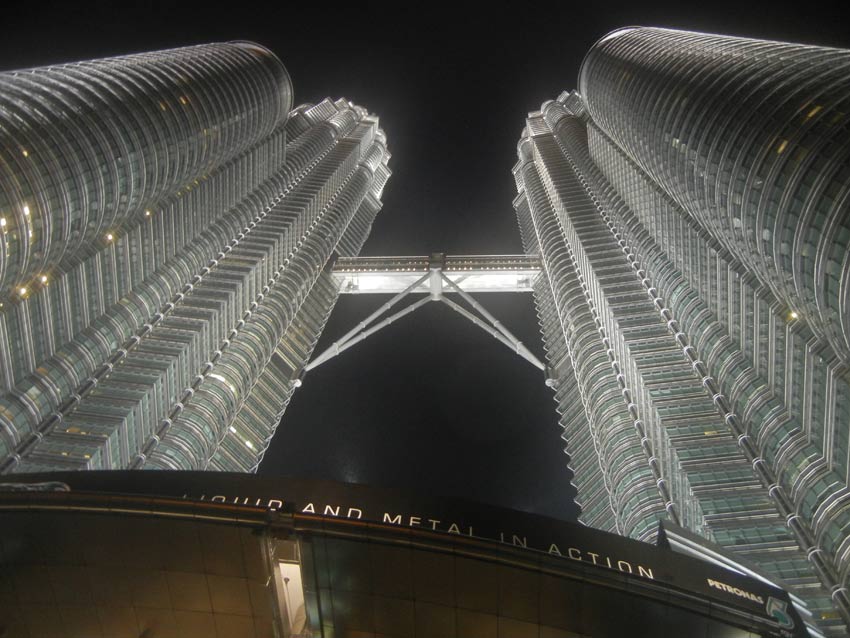 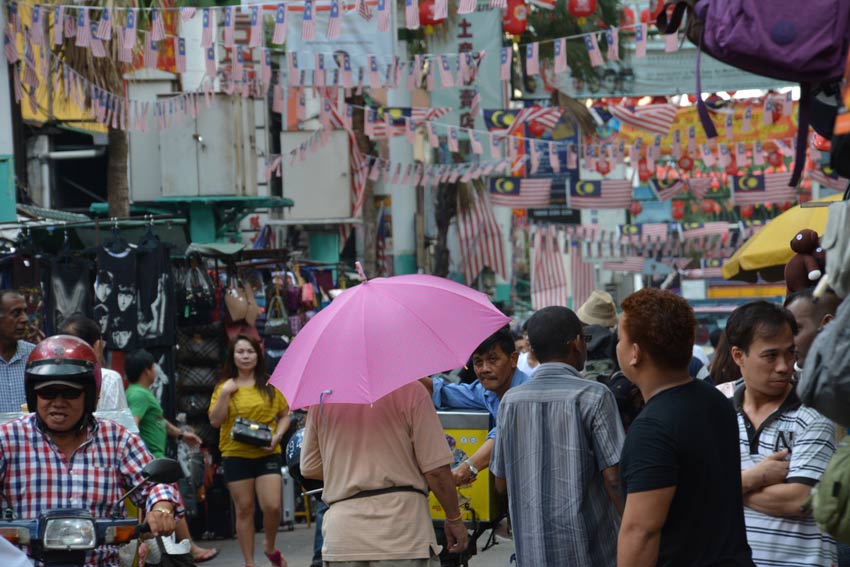 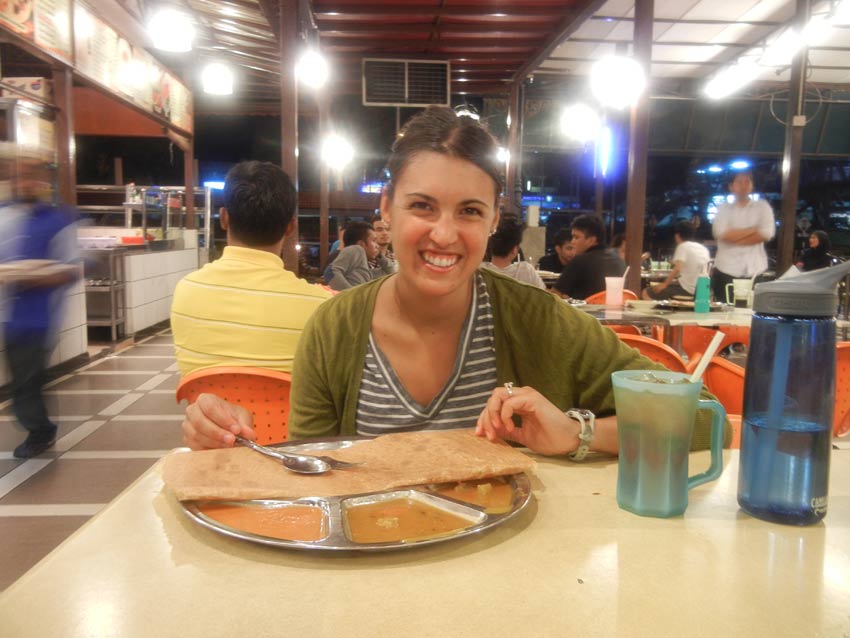 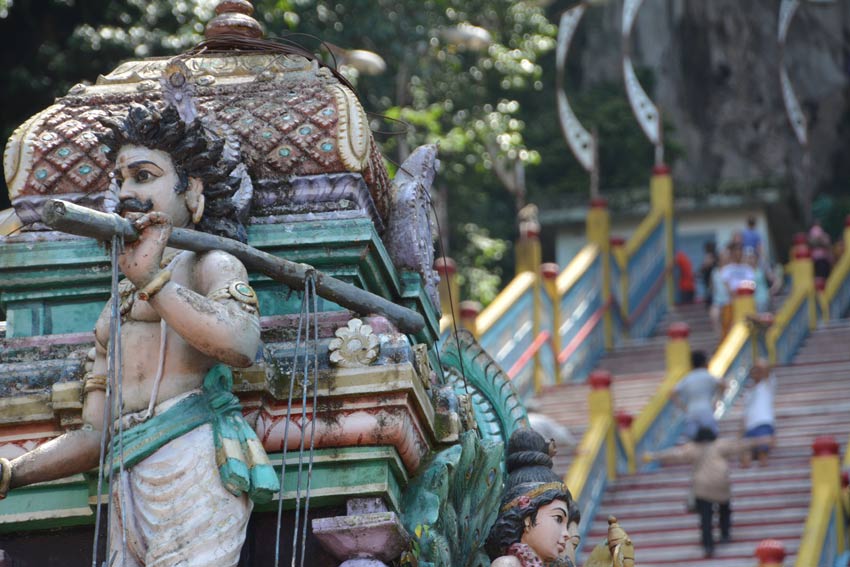 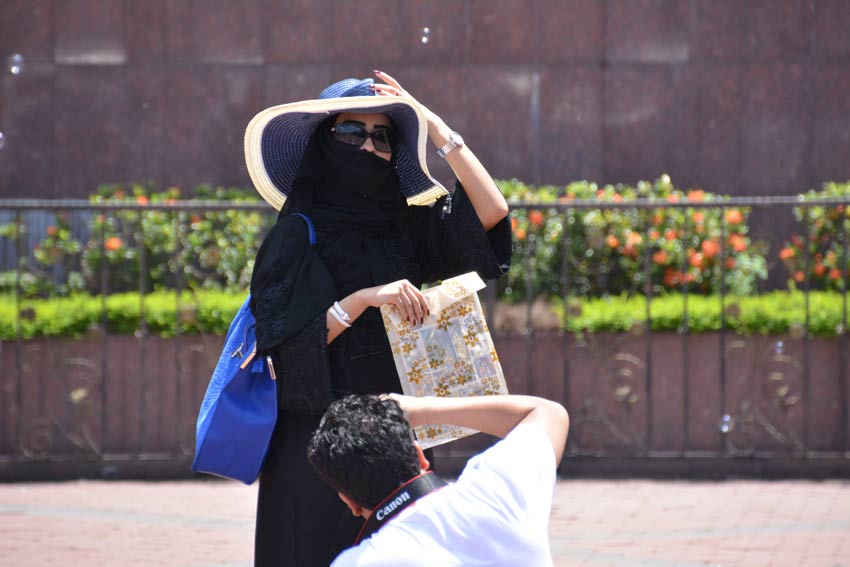 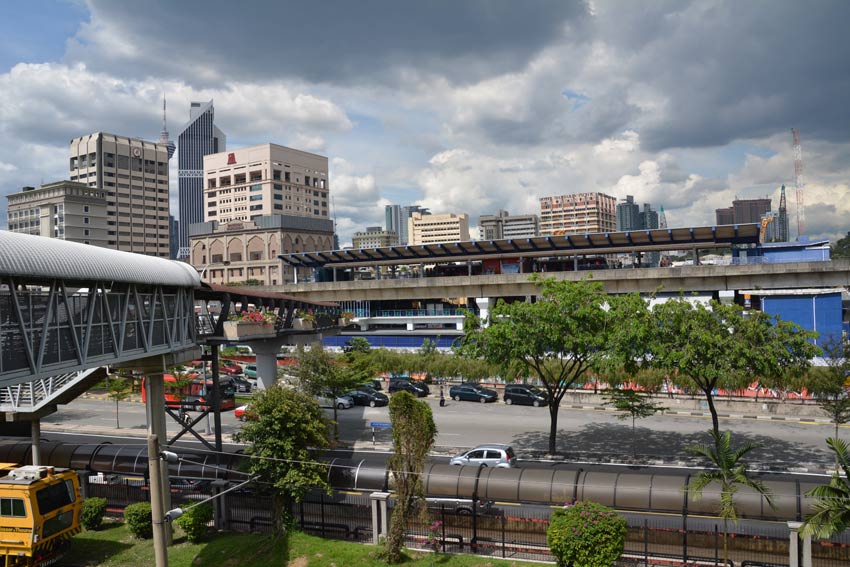 A Quick Trip To Kuala Lumpur

After Singapore, we had another quick, big city stop on our trip: Kuala Lumpur (KL).  We wanted to see the Malaysian capital, but research and tips from others said that three days is plenty to see the highlights. 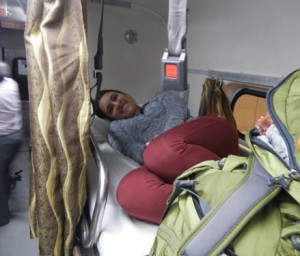 We started early, getting in on the overnight train about 8am,  an hour and a half later than scheduled.  We had arrangements to meet up with our couch surfing host Kelvin, but since we were late he had to go to work and leave his key at a coffee shop near his building.  We stumbled around his suburb looking for wifi to call him, and eventually found the place and were greeted by his house mate.

We worked for a bit then explored our suburb of Subang Jaya, a popular place to live for people who work in the city, but one with not much to see, at least as far as we could walk.  We took a much needed nap after being tossed around all night on the bumpy train, and woke up just before Kelvin came home from work.  We headed to dinner at a nearby Balinese restaurant, which was fun having just come from Bali, and got to know Kelvin.  Nigerian by birth, he spent time in the United States and Australia before starting a company in KL, so he had lots of good stories. 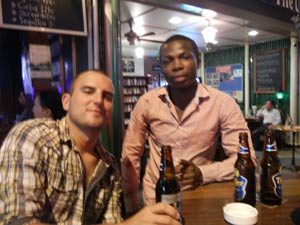 He then took us out to Changkat street, a cool strip of bars that I swear could have been in San Francisco or Seattle or Orlando…tourists and expats drinking Wednesday specials at pubs with themes like Irish, Cuban, British, German, and lining up at clubs with pounding music floating down the street. We had  a good time drinking and checking out of few of the bars, but we weren’t really feeling up for a club night, especially the ones we checked out had a cover charge.

On the way home, we stopped to see the Petronas Towers, a breathtaking set of buildings, even in the rain with the lights off. 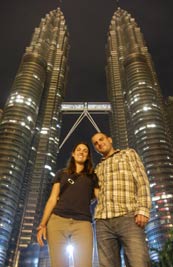 The next day we went back to see the Towers again, take some photos, and check out the rest of KL. We started in the mall inside the Towers and had lunch at the food court that had a stall for every Asian country. We walked to Chinatown and shopped for the first time on our trip: I got a knockoff Northface rain shell since we seem to have picked the wettest months in SE Asia, and Dan got a new Tottenham jersey (kit?) to replace his white one that is pretty well worn.

Without much else to do in KL besides shop and eat (Malaysians will admit to this, according to Kelvin), we headed back to the Towers mall and saw a movie, only $4/ticket.

The next day we went to the other main attraction, the Batu Caves, a set of temples carved out of a huge rock hill.  The statues and stairs leading up to the temples were massive, and the caves at the top are really incredible.  The ceilings were so high, it was tough to capture in the photos!  There were also hundreds of monkeys running around the temple and caves.  We featured many of them in Dan’s recent Monkey Photo Album!

We did run into a group of expats while bar crawling last night.  I was impressed by the number of them living in the city, and the majority of the expats we met had come here for teaching jobs in Malaysia.  Not sure if it’s a city we would want to live in, but we definitely liked the expats who currently live here!

We headed back to Subang Jaya in time to pack and get back on the train for our 10pm flight to Bangkok.  Thailand, here we come!

If you are looking to head to Malaysia or anywhere in Asia next year, be sure to check out some cheap holiday tours in 2014 from Travel Republic. 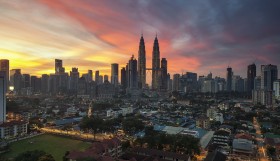 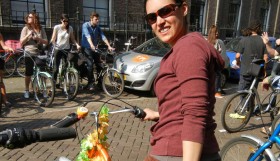 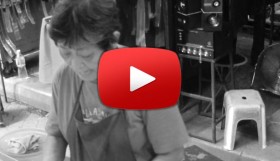 Most Brilliant or Most Annoying Chinatown Vendor Ever? 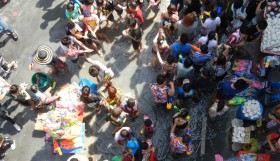 Party Like It’s 2556: 5 Things We Learned Celebrating Songkran in Thailand