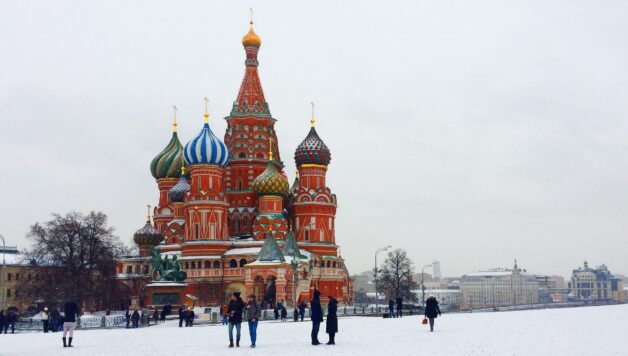 Published On October 11, 2021 | By This World Rocks | Europe, Travel Planning
Share this:

Russia is one of the top travel destinations in the world. The country receives millions of foreign visits each year. Most of the tourists visit Moscow first. Visit iVisa for Russian visa requirements and Russian invitation letter.

There are various reasons for such a traveling approach. First of all, Moscow is the country’s capital city. The largest international airports are located in that area, so it is the first station of most visitors.

Moscow is a very large and populous city. It is the biggest metropolis in Russia, and one of the biggest in the entire world. Moscow has been the home of many historically important events.

Some old and remarkable locations and attractions still testify about that. These are usually most interesting from the tourist’s point of view, so a large number of people arrive at these destinations.

It is, for example, enough to mention the Kremlin Palace. The object is widely known all over the world, and there are probably very few people who have not heard of it.

The foundation of the building dates back to a distant past. The Kremlin was, therefore, established in 1495 when the final works were finished under the rule of the Rurik family – Russian royal heirs.

Despite its long and notable history, the object is still in use. It is currently the home of the main office of the Russian president. That means the building still plays a crucial role in Russian political life.

However, some parts of the objects are a museum open to all interested visitors, no matter if they are domestic citizens or foreigners. That part of the object contains many interesting and historically important items from the past, so in combination, they provide a great insight into the national history.

Russia is one of the geopolitical powers, and the country’s decisions often affect the entire world. So the Kremlin, as a strategic political building, has importance for the whole planet.

The architecture, shape, and size of the building are also interesting and unique characteristics. The Kremlin is definitely different from any other object you can see anywhere else in the world.

These are some of the main reasons why it attracts the attention of many tourists from all corners of the earth. If you are in Moscow, you will certainly not miss that place. The object is located in the city’s center, so it is not even easy to do so.

Bolshoi Theatre is also one of Moscow’s exceptional locations you must visit after arriving in the city. The building is of precious value for the national and international cultural tradition.

The building was opened in 1824, and it served the same purpose from that moment. It is one of the oldest opera and cultural buildings in the entire world.

Bolshoi Theatre has faced a few major renovations, and the most recent one happened in 2011. The object is, therefore, in very good shape, thanks to the care and maintenance.

The architecture of the Theatre has not been changing during the reconstructions, so the building preserves the original look.

The visitors are always positively surprised by the building, and it is one of the favorite places for taking photos in the entire city. These always look great in a family album, and they support the unforgettable memory of the amazing location.

Red Square is one more great location in Moscow. It is in the city’s center so you can hardly miss it even if you want to do so. The place is great for walking and exploring the surrounding area. Many great and historically important buildings and objects take place in the nearby area.

St. Basil’s Cathedral is, for example, one of such great constructions, and Red Square has the power to leave visitors breathless.

The gallery is the home of the biggest Russian art collections. There are over 180,000 sculptures, pictures, and religious items in the object. That’s why the location attracts the attention of many potential visitors. The unprecedented collection is a thing you should not miss while exploring Moscow.

Lenin’s Mausoleum is also one of the unique and breath-taking locations in the city of Moscow. The object was built in 1924. It happened right after Lenin’s death. The Mausoleum has served as an eternal home of this outstanding Russian political leader.

The object is very large. It was built in accordance with the guidelines from a unique architectural project, and the facade is painted red.

Image by Eliane Meyer from Pixabay