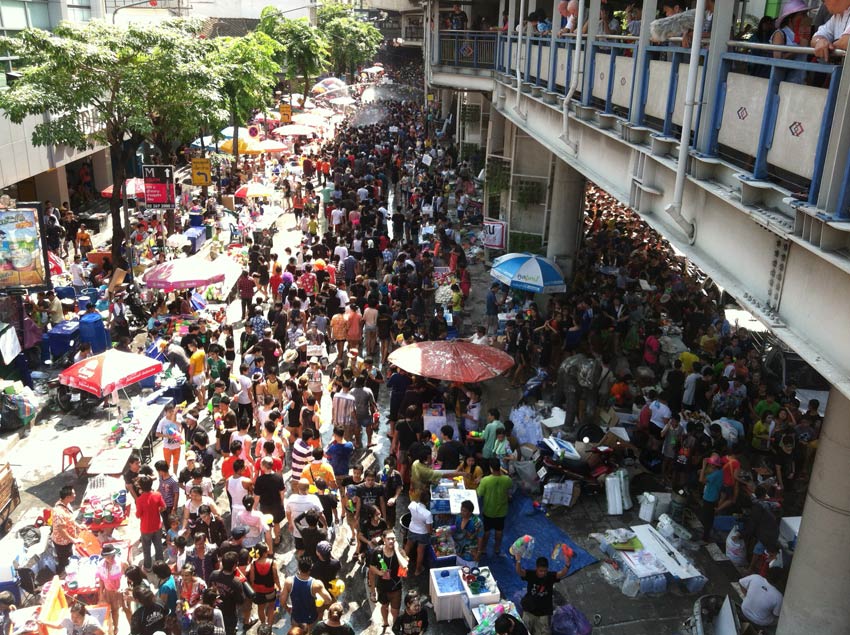 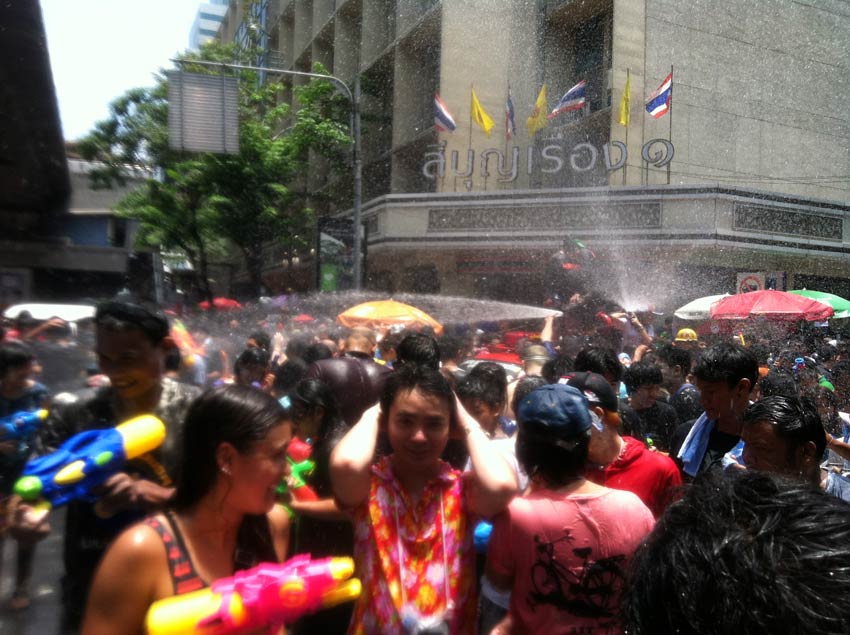 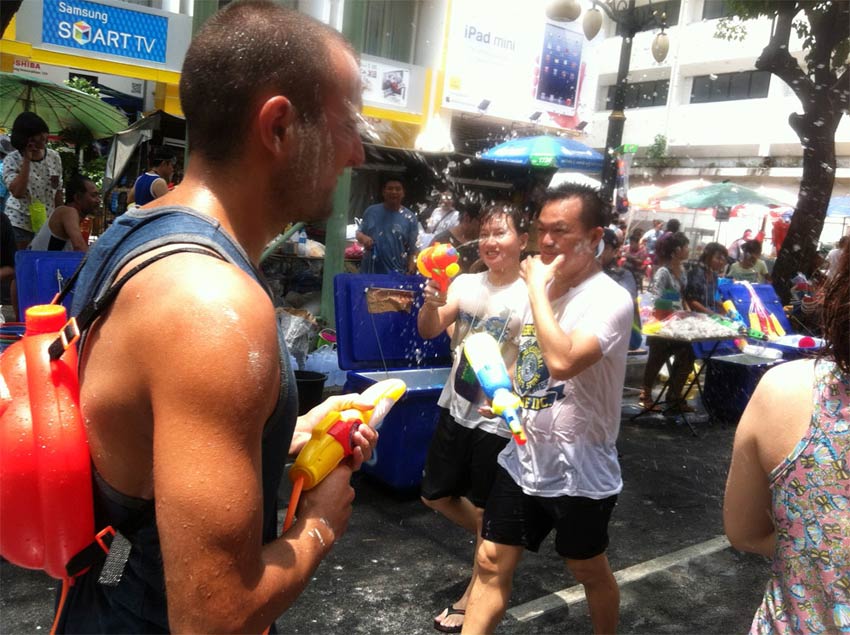 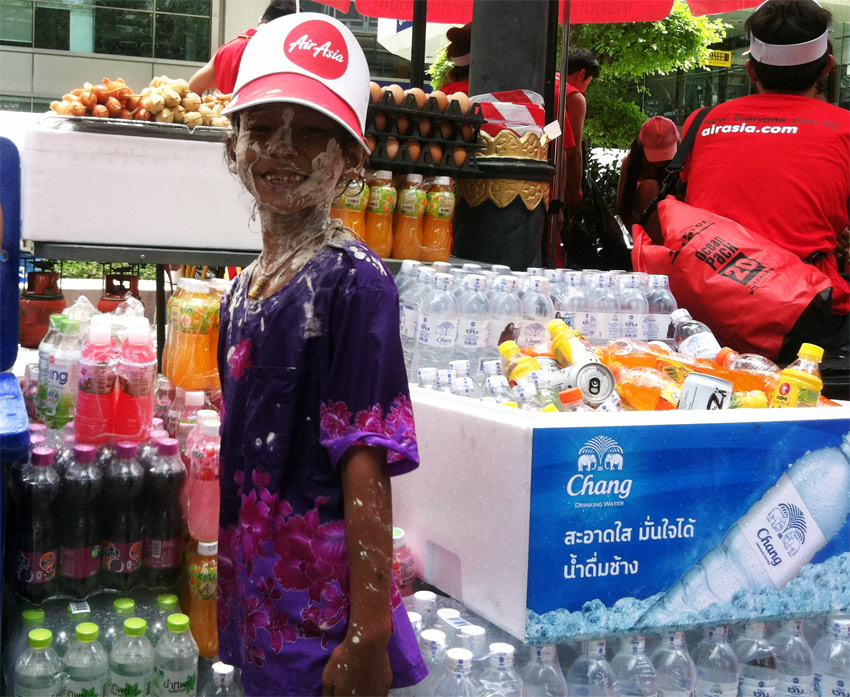 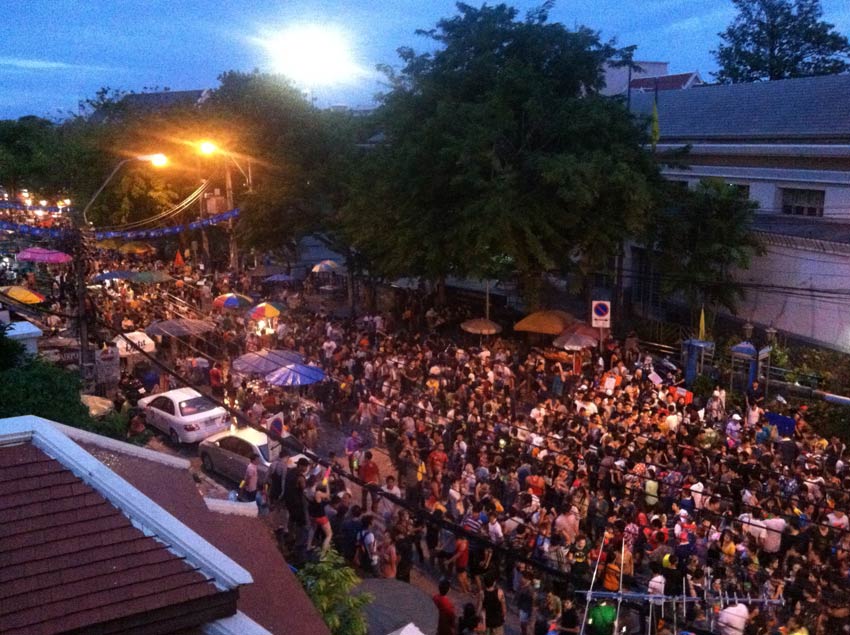 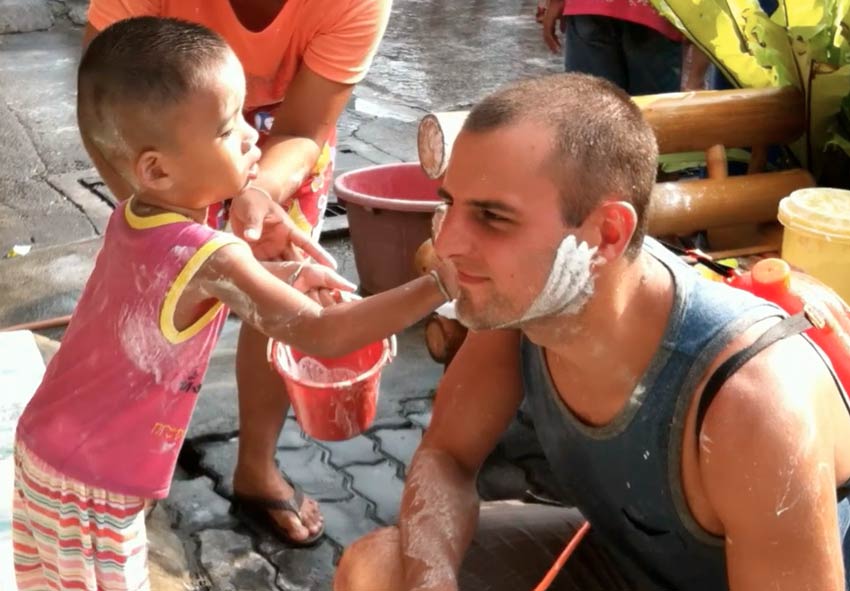 Party Like It’s 2556: 5 Things We Learned Celebrating Songkran in Thailand

We did very little research before coming to Bangkok.  I’d like to say it’s because we like to travel spontaneously and live in the moment, but mostly we just had less downtime (with good wifi) than we thought while enjoying Bali, Singapore, and Kuala Lumpur.

So I was happy to discover the dates of Songkran, the Thai New Year, were close enough to our planned arrival in Thailand that we could make it to the party.  We left Malaysia early and skipped Southern Thailand to catch a flight to Bangkok to make it in time.  If you’ve never heard of Songkran, here’s what we’ve learned in the three-day party we were lucky to be a part of.

1. Songkran is the celebration of the Buddhist calendar’s new year

Songkran originated in the Buddhist temples as the cleansing of Buddha statues to ring in the new year.  The date of the festival was originally set by the astrological solar calendar, which is currently in the year 2556, but now it is always celebrated April 13-15.  Some cities and regions celebrate for longer, up to a week or more.  Even though the holiday started as a religious one, many celebrations are just non-secular drunk parties.

2. No one is safe from the water 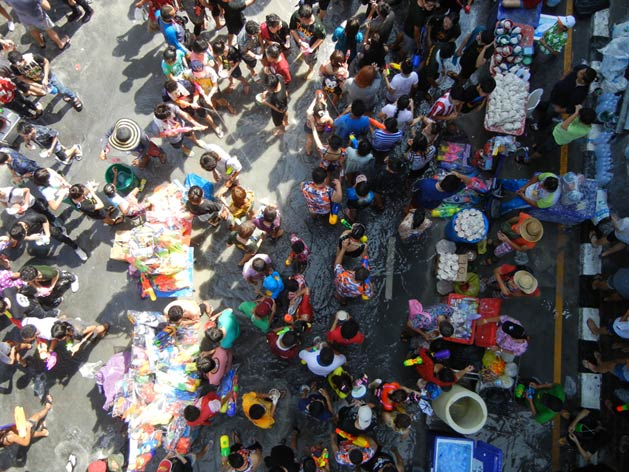 This isn’t your typical holiday where some people participate, others watch, and some ignore it altogether: everyone venturing outside of their homes will probably get wet. I saw some exceptions made for some elderly people or the unfortunate employee stuck delivering some non-waterproof goods, but in general people will tell you to not walk around with electronics or anything else that can’t get wet. Dry people are always a tempting target.

3. Getting soaked by a stranger is a blessing 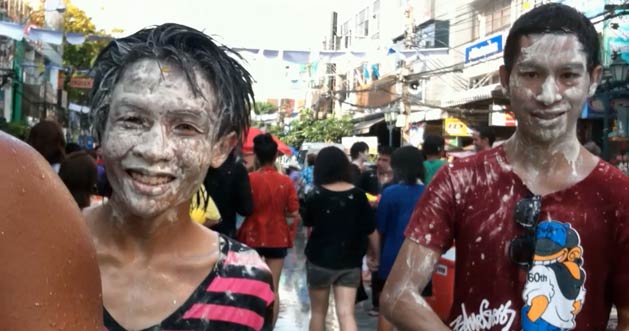 Dan and I couldn’t help but be amazed at how peaceful all the water fights were.  I heard reports that late at night there are plenty of injuries from drunken bar fights, but we didn’t see one person get mad at a stranger.  There were ample situations where someone could get upset (and in America, someone for sure would): point-blank powerful sprays to the face, huge icy buckets poured down backs, wiping of chalky paste all over someone’s face. But at this party, the water is a holy symbol, originating from buckets catching water after it had been poured on buddha statues.  The chalk is also a holy symbol, used by monks to indicate blessings. 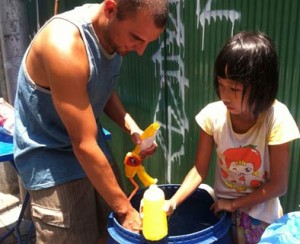 4. You never outgrow the fun of a water fight

Playing in water is universal: spraying others, getting sprayed, and laughing about is fun for anyone, especially on at 90°+ day in a hot city (33°C).  We saw people of all ages getting in on the action (even the baby that Dan accidently sprayed).  In the more local alley-ways of the celebration, the level of drunkenness among the adults was even higher than in the touristy areas.  It also appeared that the adults sometimes allow the children to drink as well, which we thought was interesting.  We even saw a 12 year old girl take a sip of Jim Beam and Sprite and instantly spit it out in disgust.  Maybe the adults let the kids taste it to deter her from drinking in the future! 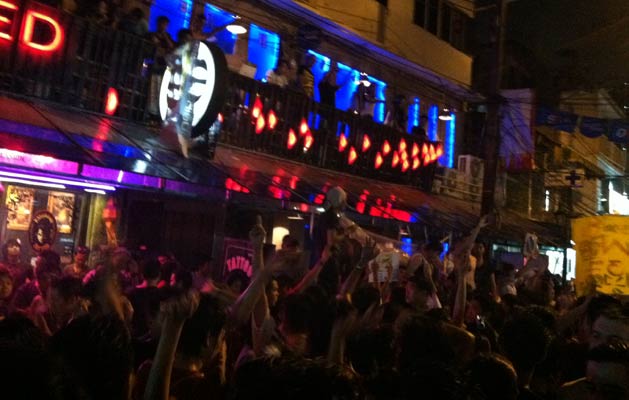 It’s not just the huge party street in Si Lom that’s packed in Bangkok, but dozens of other streets closed down to vehicles that are taken over by water-fighters, vendors, DJs on stages, and even corporate booths getting in on the action.  We spent one night on Khao San, a famously touristy street, and found it packed with mostly Thais, happily educating us foreigners how it’s done with an icy hose waiting on every corner.

Check out this before and after picture from Silom in Bangkok:

5 Responses to Party Like It’s 2556: 5 Things We Learned Celebrating Songkran in Thailand