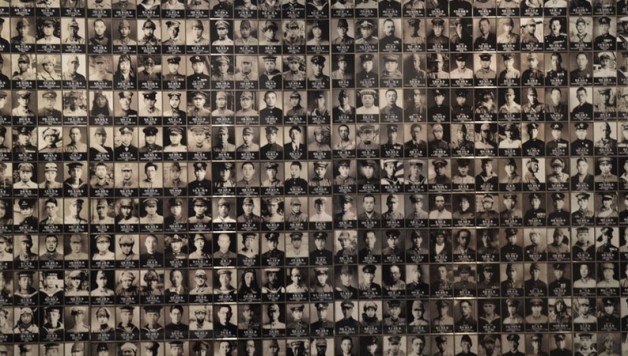 Japan, WWII, and an Attempt at Rewriting History

A shrine of controversy

Of all the war history sites, memorials, and museums that Alissa and I have visited and are planning to visit, few have caused this much anxiety and nervousness in me.  The Yasukuni Shrine has been a place of controversy since October of 1978 when Japan secretly enshrined 14 Class-A war criminals and over 1,000 Class B and C criminals as war martyrs for the Emperor.  To be enshrined at Yasukuni a person needs to have died on behalf of the emperor of Japan.  The belief is once enshrined, the souls live together in the shrine forever, and all evil actions committed during their lives are absolved.  This is where the controversy came from, as citizens of countries like China, South Korea, the U.S., the Philippines, and others find the enshrining of these war criminals as a sign that Japan is unapologetic about its role in WWII. 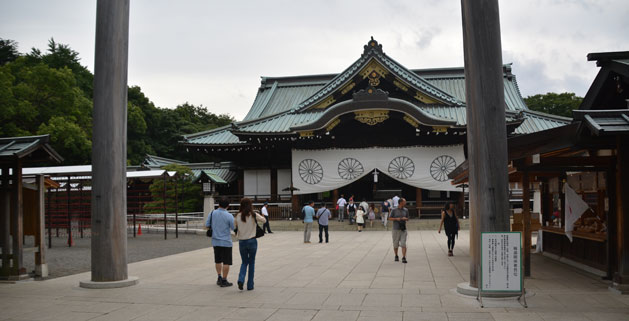 It would be one thing if this shrine was just a symbol of a different time, and didn’t represent the view of today’s Japan.  However, the number of current Japanese politicians who visit the shrine is growing each year, causing considerable anger among neighboring countries (especially China and South Korea).  One Chinese business owner even changed the name of the toilets in his restaurant to “Yasukini Shrine”.  The reason for such anger is that the visits by these politicians is more than just a day to remember the war dead in Japan.  The Japanese politicians say the visit is merely a religious matter and nothing more, which is hard to believe when many of these politicians, including their current Prime Minister, are members of an organization called “Japanese Society for History Textbook Reform.”  An organization who believes in removing Japan’s war crimes from text books, and worse they actually believe that many of the war crimes didn’t even occur.

To add even more controversy to this already complex issue, Japan has also built a WWII museum next to the shrine that attempts to rewrite or re-envision the events that led their country to war.  Earlier in the day we walked past the Yasukuni Shrine, but I had no interest in going inside, and to be honest I don’t know if I would even be allowed inside.  Instead, we have decided to visit the controversial museum, officially known as the Yūshūkan War Museum.  I know it will be difficult for me to keep my mouth shut inside this museum, and since pictures are against the rules, all the photos I take will be done stealthily on my iPhone and will probably be a little blurry.

The main lobby of the museum features some interesting items, including one of the three remaining locomotives from the Burma Death Railway.  For me personally this is a checkmark on the bucket list, as I have now seen all three of these historical train cars in person.  (The second is in Kanchanaburi, Thailand and the third in Myanmar.)  Of course the plaque next to the train here in Tokyo makes no mention of the 100,000 Asian laborers and Allied POWs who died building the railroad.

The first few exhibits in the museum are actually dedicated to Japan’s pre-WWII war history, and although I couldn’t read many of the signs, it all was very cool.  There were actual samurai swords and armor worn by Japanese warriors hundreds of years ago.  This part of the museum is fantastic no matter what nationality you are.  It put me in a good spirits.  But then I got to the WWII part…

The road to war

There are a two rooms dedicated entirely to showing museum goers just how rough Japan had it in the 10-15 years leading up to WWII.  Japan along with the rest of Asia is shown as the victim of Western imperialism.  The exhibit goes on to talk about how Japan, with only the well-being of all Asian countries in mind, has to colonize China, Korea, Burma, the Philippines, Mongolia, and Indonesia to ensure the Western countries stay out of Asia. 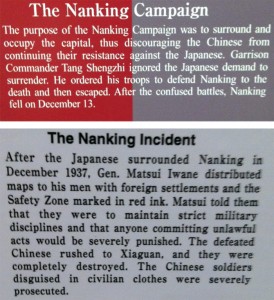 The Yūshūkan War Museum’s disgraceful version of the Nanking Massacre.

The museum then has some mentions of the invasion of China in 1931, as well as the Second Sino-Japanese War, which was in essence the beginning of WWII in the Pacific.  The museum then gives two paragraphs worth of space to what they call the Nanking Campaign.  Most of the world remembers this incident as the “Nanking Massacre” or worse, “The Rape of Nanking.”  This is because the Japanese not only invaded Nanking, but they terrorized the citizens of the city for six weeks, killing and raping hundreds of thousands of innocent women and children.  I can feel the blood rushing to my head as I read the two paragraphs in this museum about Nanking.  First off, the Nanking section has this headline: “Attacking the capital to end hostilities.”  What a horrible use of a euphemism.  I took a picture of each paragraph in the Nanking section to the right, and the only mention of killing civilians is “The Chinese soldiers disguised in civilian clothes were severely prosecuted.”  Shame on the Japanese government for allowing such a terrible version of this event to be put into a museum.  It’s one of the worst museum exhibits I have ever seen and it is exactly why I was nervous about coming here.

The next exhibit hall is all about how Japan was forced into war by the United States.  Now, I don’t argue that the United States enticed Japan into attacking first, in fact there is no doubt that the American oil embargo of Japan was the final straw for Japan’s attack on Pearl Harbor.  However, this museum doesn’t once say WHY the United States and Great Britain were imposing these sanctions on Japan.  There is no mention of the Japanese signing the Tripartite Pact with Germany and Italy and no mention of the aggression and atrocities the Japanese were causing in China.  The museum does an amazing job of making visitors actually believe the Japanese were victims.  Basically the exhibit says “80% of Japan’s oil was imported from the U.S. and they stopped exporting it, leaving them with the choice to either starve or attack the U.S.” 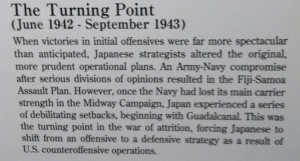 There is an entire wing of the museum dedicated to the many battles and events involving Japan in WWII.  There is surprisingly little about the attack on Pearl Harbor, as I expected an entire room about that day.  There is one paragraph that I really liked, rightfully named “The Turning Point.”   In one paragraph, they are able to sum up the entire war in the Pacific as well as contradict their earlier claims that they were always fighting a defensive war.  The first four rooms of the museum talk about how Japan was only in WWII because it was self-defense and an effort to stop Western Imperialism.  Yet here in this paragraph they say “Due to getting our asses kicked by the Americans at Midway and Guadalcanal, we had to change from an offensive strategy to a defensive one.” 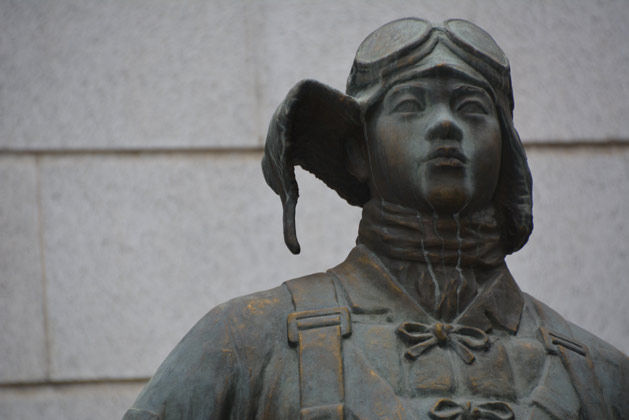 I want to be clear that by disagreeing with the way this museum is portraying history, I am in no way trying to be disrespectful to the Japanese soldiers who fought in WWII, especially those that died.  I don’t blame the soldiers who were forced to fight for their country.  I think the part of this museum that is dedicated to the soldiers and shows what types of lives these men lived is really great.  The war museums in the U.S. do not do a good enough job humanizing the Japanese soldier and showing what life was like before, during, and after the war.  I find the story of the suicide kamikaze bombers and human torpedo bombers to be particularly interesting.  Brainwashing someone into flying a plane into an “enemy” is something that sadly happened even recently, which makes this exhibit all the more interesting.  Who were these 5,000+ men?  Should they really be considered heros?  Whatever it is you feel, this exhibit is fascinating.

The Japanese also resorted to using human torpedos during the war, basically one-man submarines packed with explosives driven at full speed into enemy ships.  The museum has one on display, and it’s surreal to be standing in front of such a machine of death.  What kind of human being could bring themselves into getting in one of these things? 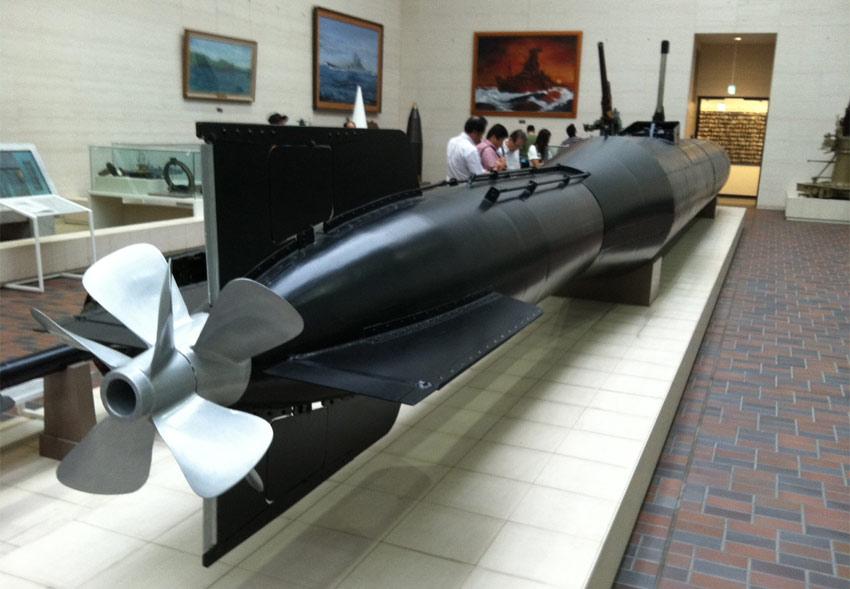 There was also a pretty crazy statue of what they called a Fukuryu Tokko Taiinzo, which was a new weapon in development towards the end of the war when things were getting more desperate for the Empire of Japan.  The final sentence on the plaque is one of those small pieces of WWII history that so few will ever hear of, but is still so sad.  Men dying at the hands of their government as test dummies for a suicide attack machine, during a war they were about to lose. 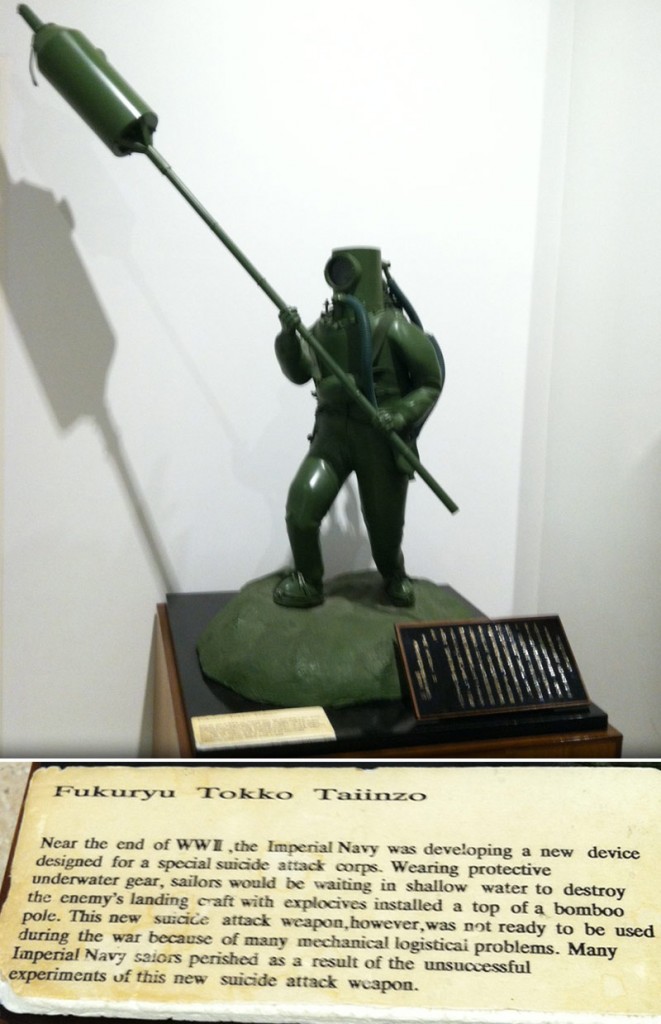 I definitely entered this museum and shrine with low expectations on how much whitewashing has been done here.  Anyone with even a small base of WWII knowledge will know that facts have been left out and removed from this place.  However, not everyone gets the chance to have an education like that, and with Japan’s own Prime Minister trying to whitewash textbooks, I think it’s dangerous for museums to misrepresent history like this.  As generations come and go, it’s important that the Japanese of the future don’t begin mis-remembering what happened in WWII.  There is no excuse for creating museums that paint themselves as the victims of the war.  Just look at Germany for an example of how to do it right.  They also suffered embarrassment and shame after the war, but their museums are full of what actually happened, they’ve acknowledged and apologized for their crimes, and it’s allowed them to move forward as a country.

It is important to also note that we visited the Hiroshima Museum this week and that museum is one of the best museums I’ve been to, especially in terms of the proper representation of the facts.  However, it’s a lot easier to talk about the war crimes your country committed inside of a museum that talks about the murder of hundreds of thousands of your own citizens.  I will link to that post once it’s up on the site.

WWII was one of the great tragedies of human history, and the only way to prevent future conflicts is to properly understand what caused the previous ones.  The Yūshūkan War Museum is not a museum.  It’s simply a place for Japanese people to go and hear an altered version of WWII in order to feel better about the role their government played in it. 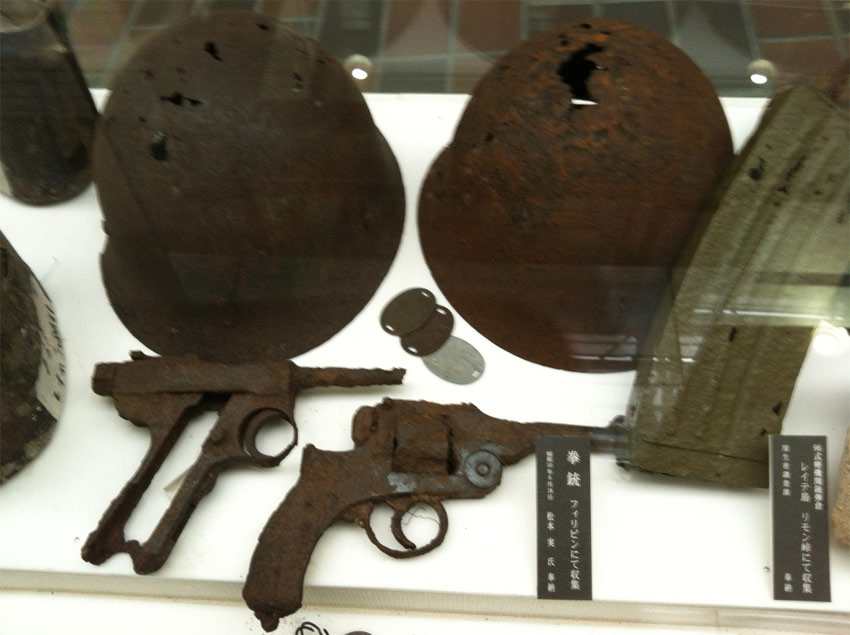