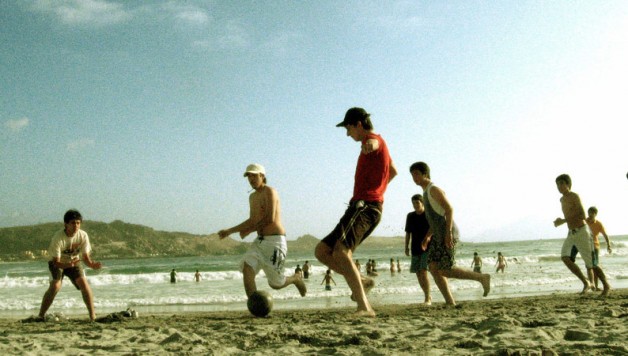 Brits suffering injuries abroad: Clumsiness or more to it?

On holiday, losing your inhibitions is something we all get tempted to do. Just going with the flow is great, as you don’t have to worry too much about what’s happening at home, but does being carefree while in another country have unfortunate consequences. While you’re enjoying your 10th sangria in a row, you might not care, but sudden injury is always a possibility.

Although our thoughts are more than likely to turn towards spending time on the beach, most of us manage to drag ourselves towards some of our destination’s major landmarks, purely for the purpose of taking a few photos! You wouldn’t think that sightseeing was dangerous, but 17% – one in six people – said they were hurt while doing this. Maybe it’s just down to falling over a lot.

Admittedly, falling over is pretty easy, but you can never tell how bad a fall’s going to be. After we’ve seen all the sights, we feel like rewarding ourselves with a trip to the beach, but 14% and 10% respectively said they got hurt on the beach or by the pool. A quarter of Brits are injured by the pool or on the beach according to a survey by First4Lawyers.

When we’re abroad, we might not realise it, but in most countries, you have to drive on the right-hand side of the road. It’s easy to forget, but making this easy mistake isn’t the sharpest thing to do when driving a hire car. There’s always going to be something a little different to look out for on the road in another country, but not everyone’s wise to this.

It’s easy to let your concentration slip, but keeping alert on the road will mean you can get back to the hotel bar in one piece. Speaking of the bar, there are some other surprise settings where Brits tend to get injured abroad, one of which seems to happen quite a lot in sunnier climes.

4% of Brits owned up to being injured in a nightclub/bar. Our reputation for being a nation of boozers is justified to some degree – slips on nightclub floors, broken heels and the like can all be brought about by having one too many!

Interestingly, 3.5% of people said they were injured on the plane! Imagine getting hurt during your flight when it’s a little turbulent – nightmarish, isn’t it? It’s something that can be avoided, but make sure you’re not too hung-over on the flight back!