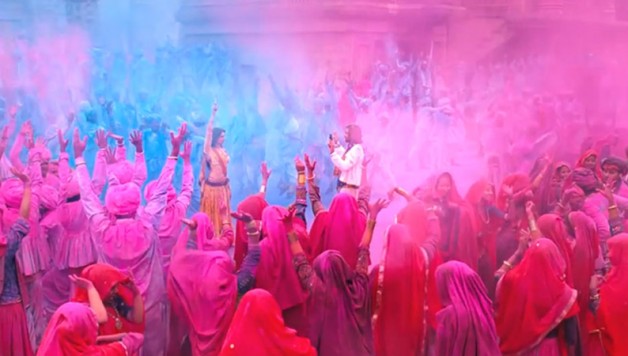 A Night at the Movies: Bollywood Style

After four days in Mumbai, Alissa and I have finally started getting used to the constant crowds of Mumbai.  We have learned how to get around the city using the local trains as well as found a few local restaurants that we like (all have meals under $1).  Although our physical appearance will never allow us to fit in as locals, we are still doing our best to see how these 20+ million people in Mumbai live every day.  We took a really interesting slum tour yesterday, and today we have decided to experience the entertainment culture of India by going to a Bollywood movie. 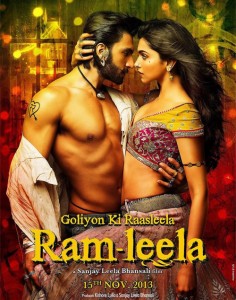 There is a Bollywood theater down the street from our hotel.  We made the mistake last night of thinking we could just walk up to the box office 10 minutes before the movie and buy our tickets.  Nope.  Sold out.  We had to come back tonight about an hour before the show and buy our tickets in advance.  Granted last night was Saturday night, which probably added to the popularity, but tonight’s theater looks to be just as full.

When researching Bollywood, I expected to find out it was a gold mine.  We are talking about a country with 1.3 billion people and a film industry that produces about twice as many movies per year than Hollywood does.  And sure, it makes money.  In 2012, Bollywood revenue was about $1.86 billion USD.  Not bad right?  That is until you compare it to Hollywood, who’s number one movie in 2012, Marvel’s The Avengers, almost made that same amount all on its own(grossed over $1.5 billon USD Worldwide).

The movie we are seeing tonight is called ‘A Play of Bullets: Ram-Leela’, an Indian Romeo and Juliet story.  We watched the trailer with English subtitles in the hotel before we left, and even though we haven’t seen anything that says there is subtitles on the movie, we are confident we can follow along.  Check out the trailer and see if you agree (starts at :20),

2. Food and drink is sold in moderation

After entering the theater, we did what we always do when going to the movies, and we ordered popcorn and sodas.  However, unlike in the U.S., they didn’t ask if I wanted to upgrade from extra large to a super bucket for only one dollar more.  Instead, I was handed a little tiny cone of popcorn and a 10 oz cup of soda with no ice.  Do I even dare ask if they give free refills?  Even if I had cause to complain about the serving size, I couldn’t complain about the price.  One popcorn and two sodas were less than $1 USD.  If they sold popcorn in containers that I could have set on the ground, I would have bought five of them.  That stupid cone!

3. The stars are huge

The two starts of this movie, Ranveer Singh & Deepika Padukone, appear to be the top two Bollywood stars of the moment.  Especially Ranveer, as his picture is not only all over city in Ram-Leela ads, but he is also in ads for other movies but he is also a popular spokesperson/model for many Indian products.  I mean, who can resist a face like this:

We took a local tourist bus through Mumbai a few days ago, and over an hour of the tour was dedicated to driving around and pointing out the houses of various Bollywood stars.  For us it wasn’t exciting, but it was fun to watch how excited all the locals got each time a new house was pointed out.  It reminded me a lot of similar ‘Homes of the Stars” tours given in Hollywood.

The theater experience tonight only adds to the feeling of these stars being larger than life.  Inside the theater, you can hear the women’s excitement when Ranveer takes his shirt off for the first of about 30 shirtless scenes and dance numbers.  He’s like the Matthew McConaughey of India.  I could even see Alissa getting excited during this one particular scene below: 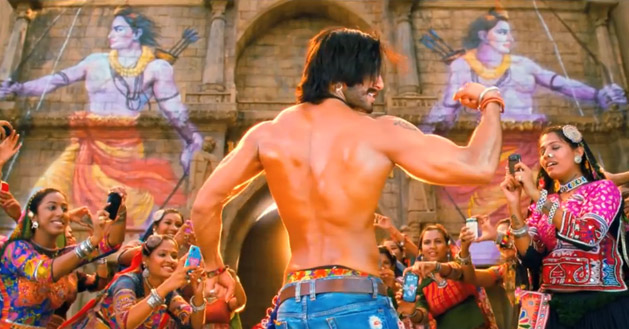 Romeo and Juliet: The cell-phone pics of a guy flexing version

4. The dancing scenes are awesome

Bollywood’s most unique difference from Hollywood is the extravagant dance numbers that are placed all throughout the movies.  This particular movie had at least 6 or 7 large dance scenes.  The scenes remind me a lot of flash mob dances in the U.S., which I would assume were at least partly inspired by Bollywood.  The choreaography is awesome, and the music is catchy too.

Here is a video of the best dance scene by far – when we first meet the hunk, Ram, and see his sweet dance moves.

5. There is an intermission

At first I thought the movie was over.  I thought maybe it was just a short movie, considering it had only been about 70 minutes.  Then I read on the screen that it was just intermission, and everyone headed to the bathroom.  I was the ONLY one in the theater who bought another tiny-ass popcorn.

6. The acting is really good 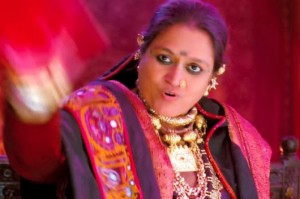 Something that I really liked about this movie was it’s use of humor.  The fact that we were both able to laugh or cringe at certain scenes where we couldn’t understand what they were saying says a lot about the acting, writing, and directing.

My favorite two character were Leela’s mother and her fiancé (Leela is the female lead).  The  fiancé  is meant to be the man that Leela has been arranged to marry by her mother.  The mother, who is one of the villains in the movie, is also an amazing performer.  The fact that I was immediately afraid of her, even though I had no idea what she was saying, is just another tip of the hat to the acting ability.

One of the most interesting thing about the movie was that anytime someone on screen was smoking, a disclaimer was shown in the bottom right hand corner of the screen.  It said something along the lines of “Smoking is deadly and causes cancer. Do not smoke.”.  Apparently the TWO :60 anti-smoking commercials that aired prior to the movie are not enough to stop people from smoking.  Also, there is even talk that the censorship board of India is close to banning the portrayal of smoking in all movies.  Poor Camel Joe.  China is the only place left for him.

8.  The cinematography is beautiful

Being a big fan of movies, I was particularly impressed with the quality of this movie.  I haven’t seen many Bollywood movies, so I can only comment on this one, but shot after shot, this movie amazed in its visual storytelling.  From shots that involved 100’s of people to beautiful shots of Mumbai, the quality is second to no Hollywood movie and was even better than many Hollywood movies I’ve seen recently.

Here are some of my favorite shots:

A beautifully shot funeral scene through the streets of Mumbai

Our prediction about the ability to follow along with the movie was correct.  At least for the first half of the movie.  It is apparent that the main actor lives in the rival town of his love interest and that the leader of each town has forbid them to see each other.  However, the second half of the movie involved a lot more complicated story lines that required us to be able to understand the dialogue.  As great as the cinematography was, I was ready for the movie to be over about 40 minutes before it was.  Nothing a quick nap can’t solve.

I think our next Bollywood movie will be watched at home, with the help of subtitles.

2 Responses to A Night at the Movies: Bollywood Style