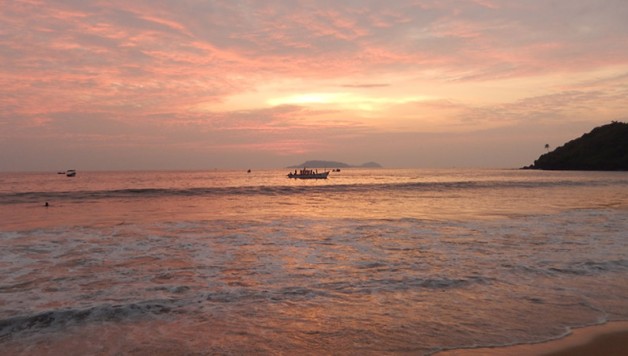 We mentioned in our first impressions of India article that we were feeling a little smothered in Mumbai.  The good news is that our last three days in the Indian mega-city were actually quite great.  Once we figured out Mumbai’s public transport we were able to discover parts of the city that we really liked.  In particular, the area known as Bandra West really stood out to us as the neighborhood we’d stay in if we ever come back to Mumbai.  We even saw a Bollywood movie a few nights ago!

However, even with our newly acquired affection for India, we are starting to feel the stresses and pressures of moving around too quickly.  In our 8-month update, we decided to make one of our second-half trip goals: Stay places longer.  Our pace in the first eight months had been 2.95 nights in every bed, and we even did six nights in a row of having a new bed each night.  When we originally made our itinerary for India, we planned on hitting six cities in one month:  Mumbai, Agra, Varanasi, Delhi, somewhere in Goa, then Chennai.  After three days in Mumbai, we knew right away that we didn’t have the drive and energy to do the six-city route, especially since that would include two overnight trains, one 23-hour train, and one middle-of-the-night flight. 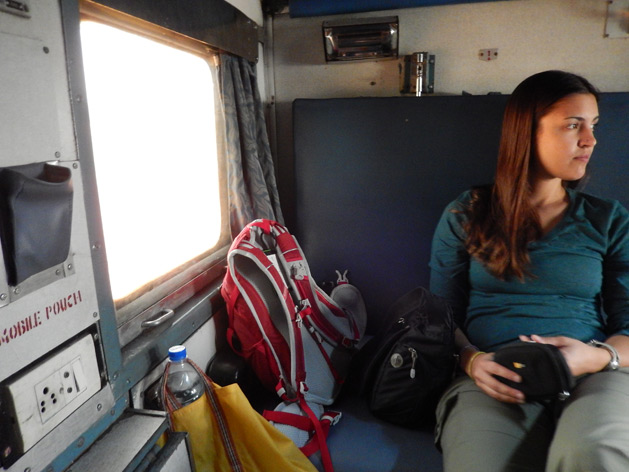 Alissa on the sleeper train from Mumbai to Goa

Initially we had assumed that after our two-month break in the United States that we would feel some nice stability again.  Which is why we called it a break.  The opposite ended up happening.  In the 54 days we were home, we changed cities 21 times.   We were moving around more while back in the U.S. then we had been while abroad.  Needless to say, by the time we got to Mumbai to start the second half of our trip, it actually felt a little bit like we were slowing down again.  After five days we knew we didn’t want to keep moving, so we changed our itinerary to include our longest stay in any one place so far on the trip: Goa.

We basically just eliminated half of the destinations we had planned to go to in India.  No more Taj Mahal, no world’s oldest city, no claustrophobic New Delhi.  At first you might think we’d be disappointed, but in reality we feel relieved.  Here’s why.

Why we changed the itinerary:

– Travel days are always our most expensive.  We not only have to pay for some sort of big ticket, but we also end up spending more on food and accommodation during those days.  When you take the money we’ll save from not moving and add the extra money we’ll be able to make from our increased work time, we should be able to come out positive in cash flow for December, just in time to spend it all in Dubai and Africa.

– We now get three weeks to relax in one of the nicest beach areas in the world.  Goa is hundreds of kilometers of beach towns, all with their own characteristics and vibe.  We will be spending the majority of the time in a town called Bogmallo Beach.  It is a quiet, little town where we found a private apartment to rent.  You can never underestimate the power of peace and quiet.  Every afternoon outside our apartment, all the cows make their way back from the beach to their fields by walking directly under neath our balcony.  It’s so nice and peaceful to watch, but it also makes me hungry for a hamburger.  The owner of our house says he has no idea who owns the cows, since the cows go to and from the beach on their own. 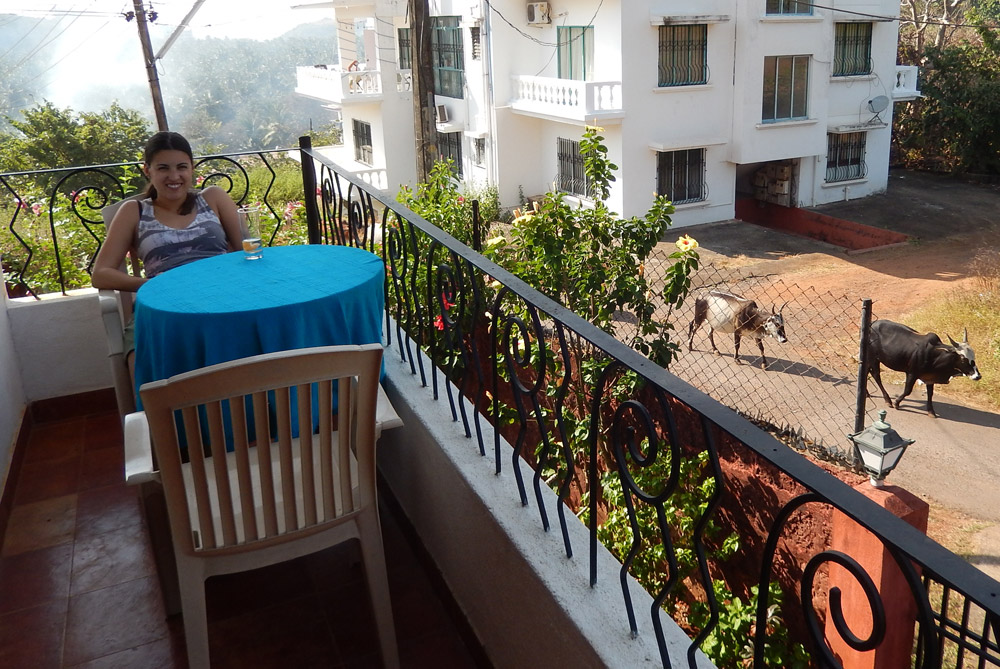 – Our apartment (pictured below) also has its own kitchen.  This is one of the first things we look for in a place(other than free WIFI), as we love to cook for ourselves.  It also saves us a lot of money on eating out.  We bought an entire bag of fresh vegetables from the market yesterday for less than $1 USD. 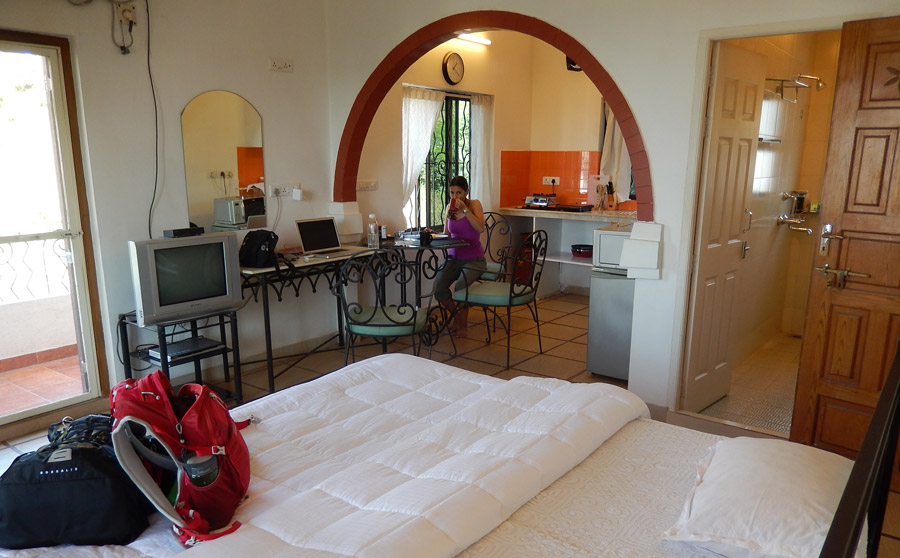 Our apartment in Goa

– Big attractions always let us down.  Will there ever be a time we can come back to India to see the things we’re now skipping?  Who knows, who cares.  I’ve seen the Eiffel Tower and Times Square, do I really need to see the Taj Mahal?  One main reason I don’t feel like I’m missing anything is because sites like the Taj Mahal usually leave me disappointed anyways.  They are a hassle to get to, expensive to sleep around, always extremely crowded, and they are full of sales pitches, scams, and touts.  I’m not saying they aren’t still cool to see, just that they aren’t worth going out of your way to see them.  I would much rather spend six days interacting with locals in an uncrowded area than spend three days traveling just to spend three days in a crowded tourist trap.  Plus, I can just photoshop us at the Taj Mahal and tell my grandkids I was there once.  See below:

The people who don’t read my posts and just scan the pictures now all think we made it to the Taj Mahal.

– We have freedom of transportation now.  We rented a motorbike for the 3 weeks we are here and tomorrow we are planning on taking a three-day trip north to see some of the more touristy cities Goa has to offer.  Having a scooter allows us the freedom to do whatever we want, whenever we want.  Plus, we are no longer limited to just public transit, which has costs that can add up fast, even in destinations like India. 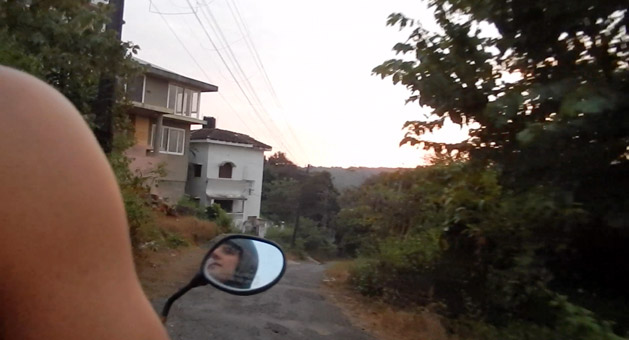 We are a 5 minute, downhill motorbike ride away from the beach.

– We need to rest before Africa.  Our Africa trip consists of 50+ days of camping.  We will move nearly every day there, and although it will be an awesome experience, we also know it will wear us down.  We don’t want to prepare for our time in Africa by tiring ourselves out with an jam-packed India itinerary.

We are headed north tomorrow and will provide an account of what life is like in the more crowded areas of Goa, but for now, it’s all quiet and relaxation. 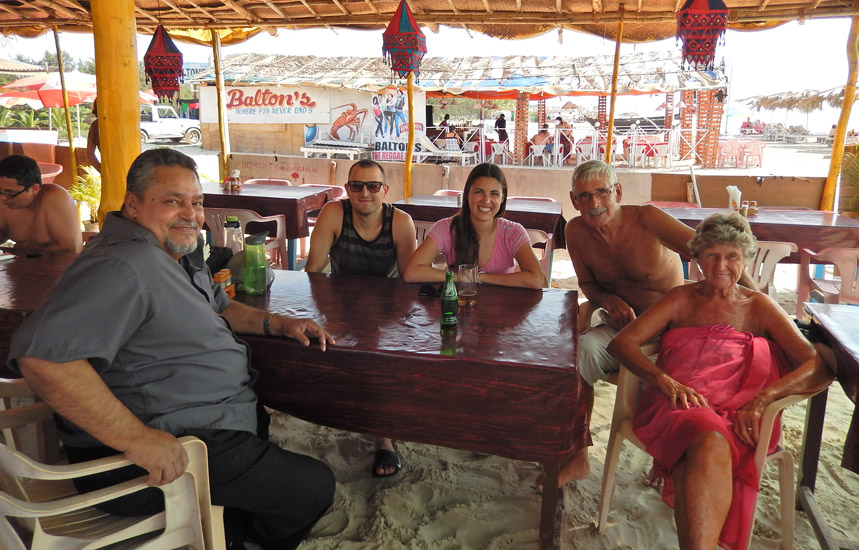 Having lunch on the beach with our new housemates in Goa.

One Response to Slowing Down the Pace in Goa, India