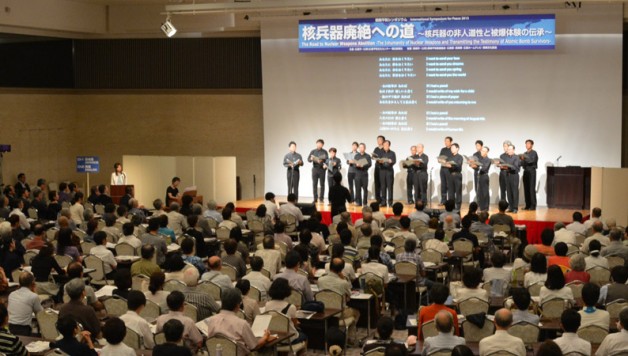 Atomic Bomb Survivors and Their Quest for Peace: Hiroshima, Japan

Every once in a while during our travels, timing seems to be perfect.  We got to Hiroshima on the day before the 2013 International Symposium for Peace, an annual gathering of scholars from all over the world to discuss nuclear weapons and the quest to end their existence.  This year’s theme: The Road to Nuclear Weapons Abolition – The Inhumanity of Nuclear Weapons and Transmitting the Testimony of Atomic Bomb Survivors.

It was actually quite intimidating being in a room full of people that were here in August 1945 when the atomic bomb was dropped on this city.  To be here with them, and watch as they continue to fight to eliminate the weapon that terrorized their lives almost 70 years ago.    There is no sense of anger in the room here, just frustration.  Frustration that the efforts to eliminate nuclear weapons continues to be one of spinning wheels and broken promises.

There were two introduction speeches, one by the mayor of Hiroshima and one by the mayor of Nagasaki, both were pleads for peace and the elimination of all nuclear weapons.   After the speeches, a local Hiroshima choir sang a song called “If I Had a Pencil”, and although it was sang in Japanese, they projected the lyrics in English on the screen.  The song was so beautiful and moving to hear, and being around so many survivors of the bomb made the experience all the more sad and tragic.  I took a short video of the beginning of the song. I was in the balcony, so the audio quality is poor, and it’s a little shaky: 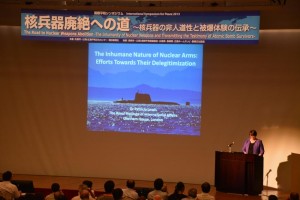 The keynote speaker was Dr. Patricia Lewis from London, and she gave an hour-long talk on the current efforts in the World today on abolishing nuclear weapons.  I admit that I had not been up to speed on the efforts happening today to remove nuclear weapons from the world, but I will say that I am impressed by the passion that these two cities have in leading this effort.  Patricia doesn’t speak Japanese, so listening devices were given out that featured a translator.  Midway through the speech, she told a dry joke, and I was the only one in the audience who laughed.  The translator didn’t seem to understand the joke, and wasn’t able to translate correctly, so Dr. Lewis tried to explain the joke, which again failed.  It was quite uncomfortable to watch.

The theme of Dr. Lewis’s speech was basically that the current efforts are not working, and if we really want to rid the world of nuclear weapons, a new approach needs to be found.  She also stated that she does believe it is possible to eliminate nuclear weapons, and pointed to the elimination of land mine use as an example of the world removing an evil weapon from use and possession. 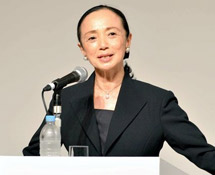 There was one more speaker during the symposium before they began the panel.  Yoko Morishita, an internationally acclaimed ballerina, spoke about her life story, and growing up in Hiroshima.  Both her mother and her grandmother survived the bombing, and her grandmother was severely scarred and burned from the blast.  Yoko spoke about the attitude that her grandmother lived with in life, and how anger or frustration was never something she showed.  “She never complained.”  Her grandmother only had a working thumb on one hand, but instead of dwelling on that, she used to talk about how great she now was with her other hand.  My favorite quote from Yoko was this one: “From my grandmother, I learned about the ugliness of war as well as the beauty and strength of humans.”

After the speakers were done, during the question and answer session, a Japanese man in his 70’s stood up and began yelling at the moderator.  I have no idea what he was saying, but whatever it was, it was something he believed in pretty strongly.  It just goes to show how much anger and frustration is still felt in this country in regards to the continued testing and holding of nuclear arms.

Here is what I took out of today:

I don’t think it’s a coincidence that the only country who has had a nuclear bomb dropped on it is also the country that has a non-nuclear weapon policy and is the country leading the way towards the end of nuclear weapons.  When visiting the museum and memorials here, and when you hear the survivors tell their stories, it is near impossible to make a case FOR nuclear weapons.  The whole idea that countries in the world believe nuclear weapons actually support peace is just garbage.  The nuclear weapons of today are hundreds of times more powerful than the blast at Hiroshima and Nagasaki, and to think there would ever be a situation where a country could use one of these weapons to create peace is just absurd.  I think the cartoon below, one shared by Dr. Lewis during her speech, sums up my feelings the best: 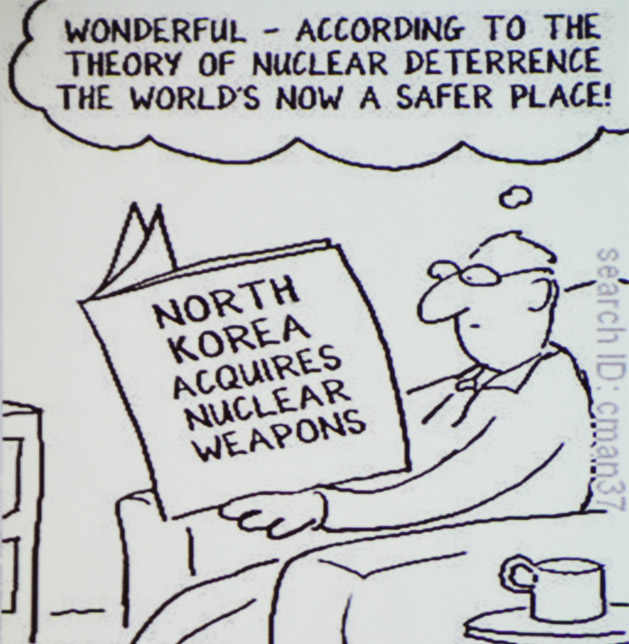