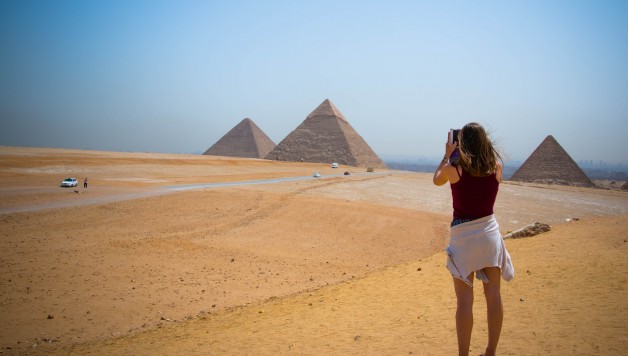 Published On September 23, 2019 | By Staff Writer | Travel Planning
Share this:

The city of Cairo has always been able to grab everyone’s attention by containing a massive collection of monuments and artifacts that date back to more than 5000 thousand years. The capital of Egypt Cairo, has acted as a historical hub for the ancient Egyptian history to the Coptic era and the Islamic age. In Cairo lies the first capital of Egypt Memphis  that was constructed in 2,000 BC by king Menes whose dynasty founded the old Kingdom , also within the walls lies the oldest structure in the city The Roamn Babylon fortress which was constructed in the 1st century at the beginning of the Coptic era of Egypt and housed a number of churches around it. After the end of the Coptic era by the conquest of Islamic General Amr Ibn Alas in 10th century AD who establishes the city of Fustat then came the Fatimid and Mamaluk dynasties who constructed many mosques and the foundation of the current city of Cairo that became the center of Islamic learning and culture. If you looking for experiencing a true miracle then your Egypt tour packages will be more excitement and extremely completed with Egypt Tours Portal which will take you on this magical journey.

Located near Cairo is the famous city of Giza, the home of the majestic Giza Plateau. It lies 20km north of Memphis which explains why it was chosen to hold the Three Great Pyramids and the sole Guardian of Egypt the sphinx. This archaeological site is located in the Western desert 9 km (5 mi) west of the Nile river and 13 km (8 mi) southwest of Cairo. It houses one of the last remaining seven wonders of the ancient world the great pyramid of Khufu (CHEOPS). It was built in 2600 BC by Pharaoh Khufu to become his final resting place and his way to ascend in the heaven with the gods. It reaches the height of 147 m (481.4 ft) which makes it the tallest man-made building in the world for about 3.800 years. Next to it the pyramid of king Khafre (Chefren) the son of Khufu, his construction was built in 2540 BC and is 10 ft shorter than his father’s and right in front of it is the oldest statue in the history of mankind. It has the body of a lion and the head of a man commonly known as a sphinx.  Then comes the Pyramid of Menkaure who ascended in throne around 2539 BC the smallest of the three and hold the tomb of king Menkaure.

The Coptic era took its first breaths during the 1st century AD when the fortress of Babylon was built and soon became a Christian stronghold and around it the construction of about 20 churches took place over the years but only five remain such as the hanging church which dates back to the 4th century and was built into the walls of the water gate of the roman fortress. The is also the monastery of St. Sergius which was built upon the location the holy family used to cross through Cairo. The church of St.Geogre dating to 1909 but dedicated to a martyr in the 10th century. The city also contain the Ben Ezra Synagogue which dates back to the 9th century making it one of the oldest Synagogue built in History. There are many other church also located in old Cairo.

After the Coptic era come the Islamic era which took place conquest of Egypt by amr ibn alas in 641 who constructed a mosque of Amr Ibn Alas in the same year to became the first mosque to be built in Africa and it was constructed many times of the years. The city of Cairo became the city of thousand minarets in 969 during the Medieval cairo or Fatimid cairo.  One of the most notable sites built in Cairo the Mosque of Ibn Tulun between 876-879 AD, there is also the Mosque of Al-Azher founded in 970 AD to become one of the oldest university in history. During the Fatimid dynasty the Khan El Khalili Bazaar was constructed in the 14th century to be a center for commerce as it has the biggest concentration of pure antiques and artifacts that melts the hearts away. Cairo enjoys a massive number of mosques but there is one mosques that acts a perfect example of Islamic Mamluk  Architecture in the 14th century, Sultan Hassan Mosque. One attraction can’t be missed is the powerful citadel of Salah El-din, constructed in 12th century to become a fortress that would stand its ground against the crusaders and it also acted as the seat of the government for many years. It is also famous for containing the Mosque of Mohammad Ali a.k.a ” The Alabaster Mosque” which was built between 1830 and 1848 as a way to challenge the Ottoman empire.
Image by Hitesh Choudhary from Pixabay