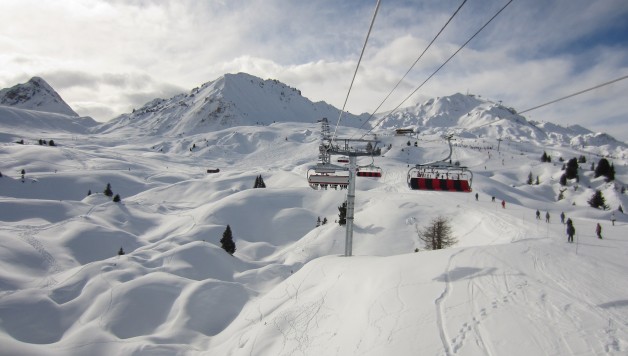 Five Best Places for Skiing in the Southern Hemisphere

Published On September 23, 2019 | By Staff Writer | Travel Planning
Share this:

Who said that you can’t go skiing in summer? When the snow melts down in Europe and Northern America exposing rocky slopes, it’s time to travel south of the equator where the ski season is in full swing. If you’re willing to give up the traditional beach holiday and conquer the snowy mountain pistes instead, then read on to learn about the top five best places for skiing in the Southern Hemisphere.

Located just 26 km from the southernmost city of the world Ushuaia, Argentina’s Cerro Castor takes the crown of the planet’s southernmost ski resort. Lying on the southern slope of Mount Krund, the resort benefits from one of the longest ski season in South America (it lasts from the beginning of July to mid-October). Thanks to the consistent air temperatures (varying within -5 … +5° C), Cerro Castor is famous for its fluffy snow. The resort has 19 ski runs with a height difference of about 770 meters. Because Cerro Castor sits relatively low above sea level, tourists can avoid oxygen starvation and potential exacerbations of cardiovascular diseases.

Perisher Blue ski resort, located 500 km from Sydney and about 200 km from Canberra, welcomes visitors from mid-June to October. Four peaks each of a height of about two thousand meters crown Perisher Valley that hosts the resort. No other place in Australia can boast such a vast alpine ski area. To top it off, Perisher Blue resort takes pride in the largest ski lift park in Australia (over 30 units). The offer also includes 59 pistes, four snow parks, as well as areas of virgin land covered with snow powder.

New Zealand is one of the largest centers of ski tourism in the Southern Hemisphere. Mountains dominating vast areas of the island nation’s landscape are ideal for professional and amateur skiing, extreme sports, off-piste skiing, and snowboarding. Ski slopes are located both on the North and South Islands, but the latter attracts more tourists due to the greater variety of trails and the stunning nature of the Southern Alps. If you also consider visiting ski resorts of the South Island, make sure to get one of the Queenstown ski packages. It will significantly reduce the cost of ski passes, gear rental, and transportation.

In summer, the Portillo resort in the Chilean Andes turns into the training camp for the leading national ski teams including the USA, Italy, France, and other countries of the Northern Hemisphere. Its steep runs have helped set a few downhill skiing speed records. Not only professionals but also amateurs can benefit from Portillo’s snow fields. The resort has a ski school which is considered as one of the best in the world. Portillo can be found 160 km northeast of Santiago de Chile near the city of Los Andes. The ski season lasts from about mid-June to early October and the height of the snow cover reaches an impressive seven meters.

Skiing is possible even on the hottest continent! Afriski Resort in the Kingdom of Lesotho, which is located in the Maloti Mountains at an altitude of approx. 3300 meters, lures tourists desiring to explore ski exotic. Despite the fact that there is only one slope, one kilometer long and 500 meters wide, Afriski hosts thousands of skiers from all over the world. The snow season in the African mountains lasts from June to September. The resort contains a luxury hotel as well as several budget-friendly options along with restaurants and bars where you can try the world-renowned South African wines.

Image by Jozilla from Pixabay