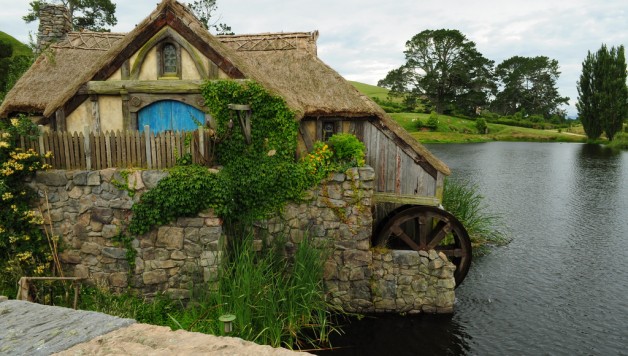 Fictional Destinations… And How to Visit Them

Published On January 17, 2015 | By Staff Writer | Travel Planning
Share this:

Our fascination with screens big and small has made the locations of famous movies and films an important part of many holiday itineraries. But some famous settings can raise unusual questions: Does my currency bank carry the Gold Dragon coins used in Westeros? Where can I stay in Pawnee?

We are talking of course about fictional settings. Some culture enthusiasts have it easy… the piano dancing scene in New York-set Big? That’ll be the FAO Schwartz toy store slap bang in the middle of Manhattan. The huge Dubai skyscraper which Tom Cruise dangles from in Mission Impossible: Ghost Protocol? Well, you shouldn’t have any problem spotting the Burj Khalifa on a visit to the Emirate.

When it comes to fictional locations however one sometimes needs to do a bit of digging, and furthermore use their imagination to picture their favorite movie or show taking place in somewhere very different indeed.

Hugely successful fantasy drama series Game of Thrones is one example of a production where a whole new world has been created right here in our universe. The series is set on the fictional continents of Westeros and Essos, but in fact most of it is made in the very real continent of Europe.

Northern Ireland in particular plays host to much of the action, with Belfast’s Paint Hall Studios taken over and the city’s place on the tourism map strongly enhanced. Not so far away in the County Antrim village of Ballintoy is where you will find the harbour location used to represent GoT’s Lordsport, while other European filming sites include Dubrovnik in Croatia (King’s Landing).

Thanks to one of its most famous sons, movie director Peter Jackson, New Zealand has also enjoyed a boost to its economy over the years through playing fictional locations. Filming for two blockbuster trilogies – The Lord of the Rings and latterly The Hobbit took place primarily in the Pacific island nation, where its awe inspiring scenery was regarded as fitting for J.R.R. Tolkien’s visions.

The town of Matamata, the Miramar Peninsula and Ohuto Station were used to portray Hobbiton. Bizarrely the names of some real-life New Zealand locations sound more exotic than the Hobbit world names they are given on screen. For example, Tolkien’s Forest River sounds more pedestrian than the Pelorus River while the mountain range used for the Misty Mountains is known in real life as the Remarkables.

Of course fiction is not confined to the realms of fantasy and lands of dragons and swords. Pawnee, the city at the heart of sitcom Parks and Recreation, is not a real place. In fact it’s not even in Indiana, the state that main character Lesley Knope so proudly represents. The series is filmed primarily in California, and that often used exterior of Pawnee City Hall is in fact Pasadena’s city hall.

So the good news for fans of fiction is that they can – in some way – visit the locations of their favorite features. And they don’t need to worry about fictional currencies – they will find plenty of real locations at which to use their travel money card.