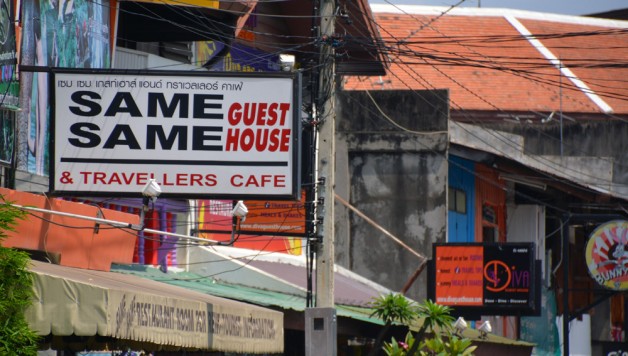 How Drug Culture in Southeast Asia Puts Tourists in Danger

For backpackers seeking a mecca of fun, Southeast Asia is an incredible destination. It’s a world unlike any other, where beauty meets adventure. Imagine spending the day tubing down a beautiful scenic river, and parking your tube at a riverside nightclub for an evening of unruly fun. It’s these types of experiences that draw thousands of backpackers to the area, but it’s not all rainbows and good times in Southeast Asia. There’s an element of danger some tourists don’t anticipate.

Like other parts of the world, drug abuse is common in Southeast Asia. Unlike other parts of the world, drug addiction treatment is virtually non-existent. Because of Southeast Asia’s draconian drug laws, many drug addicts are afraid to ask for help; fearing they’ll be arrested. The result is many desperate, drug-addicted people seeking an easy way to score money to feed their addictions.

Don’t Get Caught in a Scam

According to GoAsia.com, “Southeast Asia’s governments impose the toughest drug laws on the planet.” The site warns against bringing drugs into the country, and carrying drugs for others. “The risks far outweigh the possibility of getting away with it.” In fact, many foreign travelers have been put to death for their part in a drug-related crime.

Even when you’re unwittingly tricked into carrying drugs, you’re in danger. The government is not going to believe your story, so do not let anyone handle your gear while traveling. Consistently check your bags for contraband throughout your stay. If you should find something, dispose of it immediately!

Local drug addicts sometimes dupe unwitting travelers. Virtual Tourist commenter, pipercherokee, recounts that while vacationing at Palolem Beach in South Goa, he encountered drug addicts spiking the drinks of tourists. Drug-addicts spike drinks to lower the inhibitions of travelers, in order to rob them of their money or plant drugs on them.

You may be wondering why a drug-addict would want to plant drugs on a tourist. Commenter vinodcia believes that local drug-addicts have deals with police officers. “They act as informers to the police that this particular person has drugs, and if the police catch you your cash, as well as other possessions, are gone, and you wind up in jail or pay heavy bribes.”

This puts all travelers in a grim and dangerous position. In truth, you can’t trust anyone. Until Southeast Asia deals with its drug problem, you’re at-risk when traveling there. It’s best to avoid anyone who seems as though they may have a drug abuse problem, and avoid taking drugs while you’re vacationing. Make smart choices, and be aware of your surroundings. Never ever leave your drink unattended.

Signs a person may be addicted to drugs:

·  Strange smells, such as on the clothing, breath, or body

Check out this article on drug addiction rates in Southeast Asia, which reports the staggering number of drug addicted individuals. It’s impossible to determine exactly how many overdoses occur in the country because most users don’t admit to their dependencies. It can be assumed there are many who are risking their lives every day.

Tourists would have a safer experience, if only Southeast Asia would treat their drug addicts with compassion instead of harsh punishments. In truth, most addicts are afraid to come forward – even in life and death situations. Most would rather risk an overdose than seek help because seeking help often results in a prison sentence. Tourists are encouraged to help their drug-addicted friends to seek treatment, and get help.