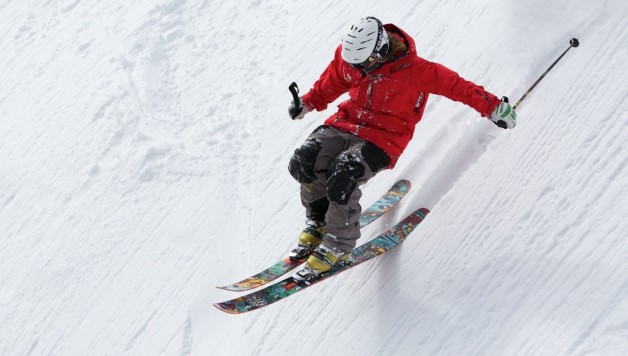 Adrenalin Junkies: Get A Move On

Published On February 3, 2017 | By Staff Writer | Travel Planning
Share this:

It’s February which means one thing if you are an adventure seeker, sound the claxon it’s the end of the ski season in a couple of months.  So strap on your Salomon’s and get going.  Let’s make the most of the snow.

The ‘2016/2017 season has been one hell of a year for snow lovers.  Whether you are on a board or skis there has been an epic fall of quality snow and we know where to find it! Check out our pick of the best resorts and awesome locations to enjoy the run up to May.

It’s a long way to travel but Val d’Isere is a resort that must be on your bucket list and reports from the ground are that this year Europe has seen a higher than average spread of the white stuff.  It’s awesome quality too.  If you are taking the time to head over to France then check out this awesome blog on what to do in this magnificent country.  Then, forget that and head for the slopes.

Home of La Face de Bellevarde an infamous black run which held the 1992 winter olympics flag ship race, the men’s downhill.  La Face is just shy of 3km with a vertical descent of 959m and a starting altitude of 2,908m offering a gradient of 5% right up to a whopping 71%.  Access the run via the Olympique chair or more traditional cable car.  You’ll be deceived by the first two thirds of the run, pretty simple.  However the last third is pretty tricky and is where most get caught out.  You can take a pit stop half way down at La Peau de Vache, a fantastic steak restaurant.  Then brace yourself for the run of your life.  Although for a little top tip, you will find a sneaky path leading to Joseray, a slightly more delicate red run which throws you out right at the bottom of La Face.  We aren’t trying to give you any ideas here, we’re just saying that no one would ever know you had whipped off through the side door!

There are some amazing resorts to stay in offering mountain lodges and you can find places that cater for all.  So if it’s a girls trip, boys trip or you are off with the family, you will find a great area offering either a party atmosphere or a little corner of peace.

The Summit stands at 12,510 feet.  With a vertical drop of 4,406 feet and Terrain covering 3,132 acres.  There are 91 trails offering 147 miles of skiing and getting to the trials is simple.  There are 24 lifts in total and stack ton of high speed quads.

The Big Burn is the signature slope and according to local legend it was the ‘grudge fires’ between white and native Americans which left the huge parts of this mountain treeless.  Ideal for you! The man made clearings were ideal for an almost entirely intermediate mountain.  There are trails running parallel to Big Burn which leaves skiers and boarders almost a mile wide slope to play on!

If you fancy a little Off Piste action then check out the Cirque and Hanging Valley Glades.  Snowmass is perfect for all levels of skier and won’t disappoint!

The resort is 20km away from Aspen so you will need to check out Snowmass vacation rentals to avoid time wasted travelling.  However you are still close enough to the town to get in and party if that is your thing.

You may have to check your maps for this one.  Kronplatz is Italy’s best kept secret.  Kept that way because it offers probably the best skiing you could ever dream of.

The mountain which most of your ski action is going to take place on is a complete conical.  There is a plateau at the top but, due to this perfect cone like shape and the 2,275m mountain, you get something here that few of the Dolomite resorts can offer.  Long and eye wateringly fast pistes.

There are more gentle, zig zagging routes for those who prefer a little calmer going however the north face of the mountain is just one mind blowing hurtle.

There are 116 km of pistes with a lot of the terrain best suiting intermediates or beginners. It is blessed with a highly efficient lift system and the added bonus of a shuttle bus which links you to 73 km of runs at Speikboden, Klausberg and Rein in the Ahrntal ski area although you will need a separate pass to ski these.

Even though the mountain is in Italy, it does border Germany and as a result the signs are a sort of miss mash of languages.  It will pay to learn a little German as well as some Italian as the resort was first discovered, outside of Italy, by the germans.  A couple of years ago the ratio of German to foreign tourists to Kronplatz was sixty to one!

Hospitality is offered via small lodges although with the fantastic transport system you could stay off the resort and enjoy some local nightlife elsewhere.

Europe and America offer some of the craziest skiing and this time of year is a brilliant time to go if you want to avoid family vacations.  Pistes are less busy meaning you can really maximize the solid, uninterrupted runs or use the time to really master the art of speed skiing.  Of course there are other countries too, Bulgaria has pumped a fortune into its tourism and focused a lot of this on skiing.  Whilst the country are building up their reputation you can find some incredibly good value deals for the ultimate trip.

So what are you waiting for? Go local or venture a little further from home.  Just get a move on! Or you will miss the last of the settling snow!!