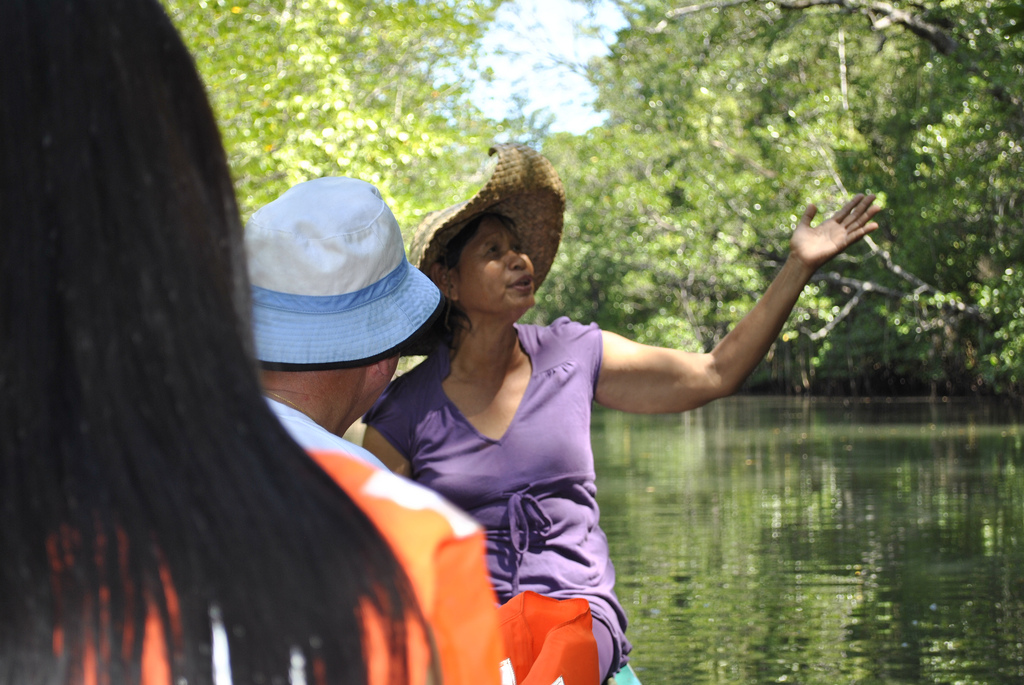 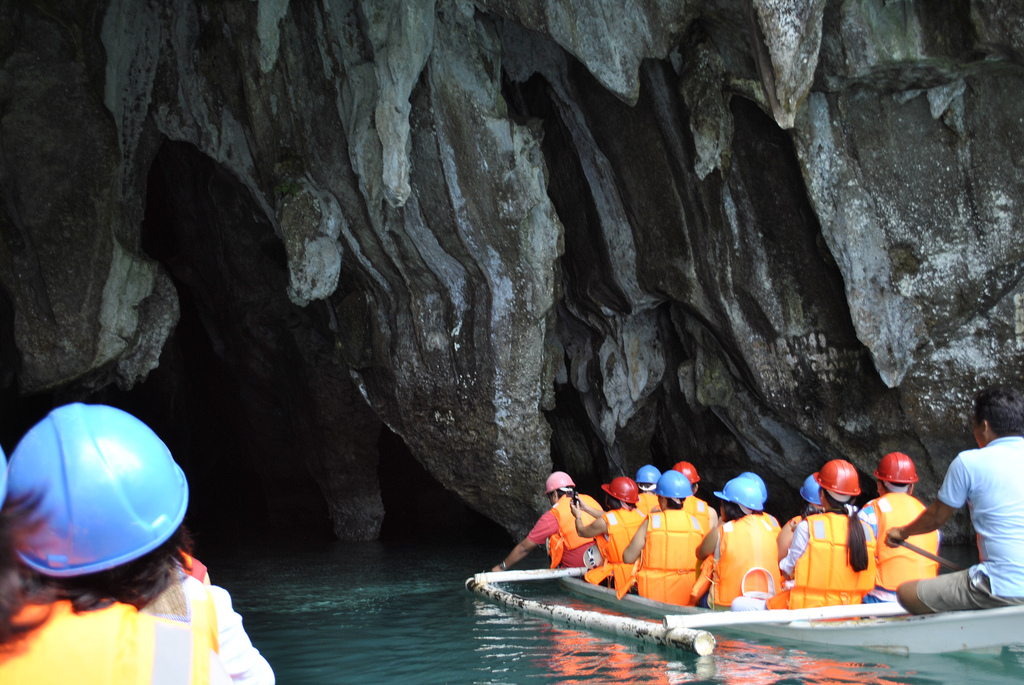 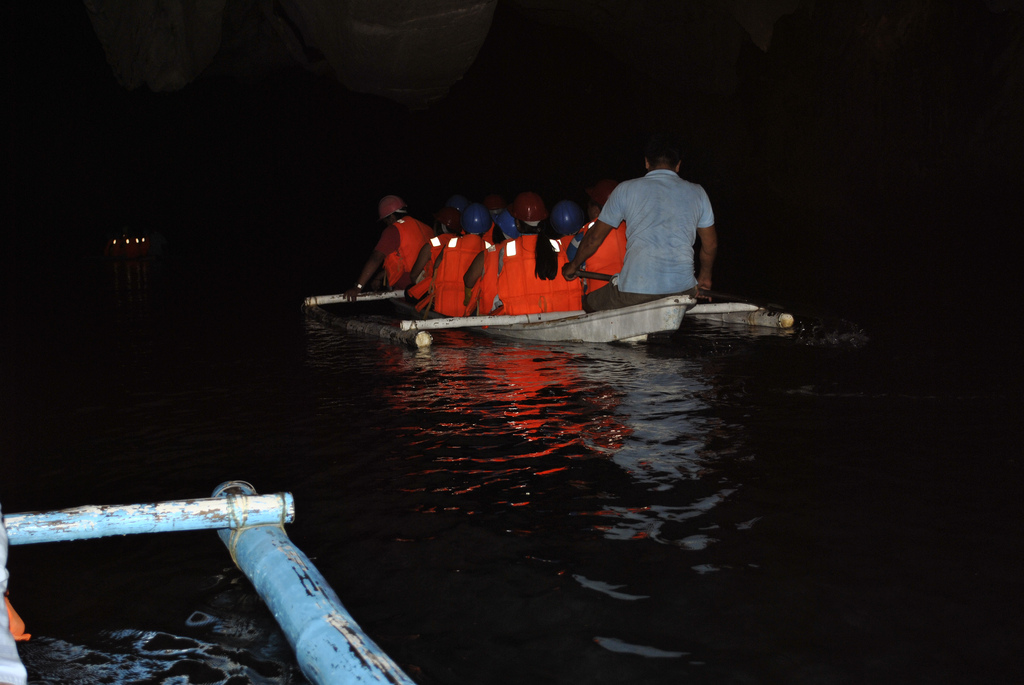 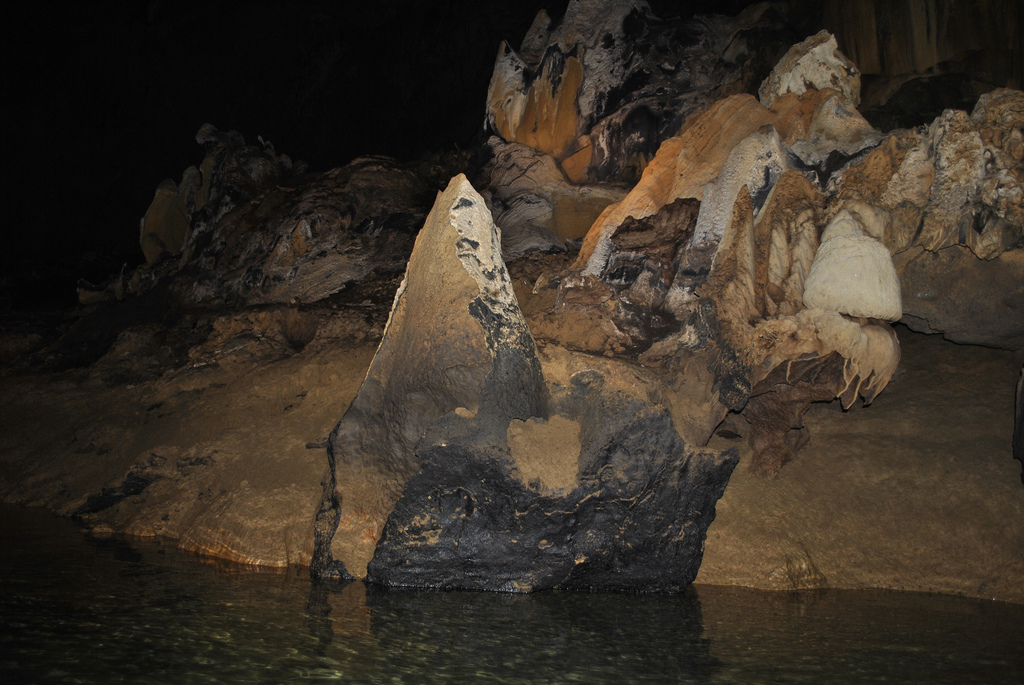 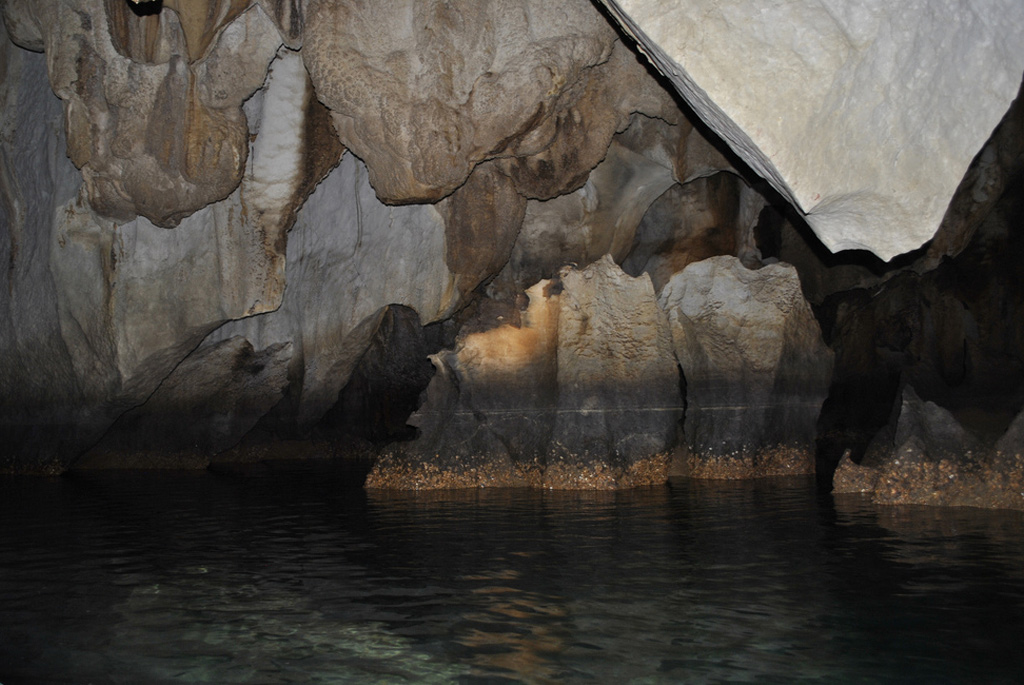 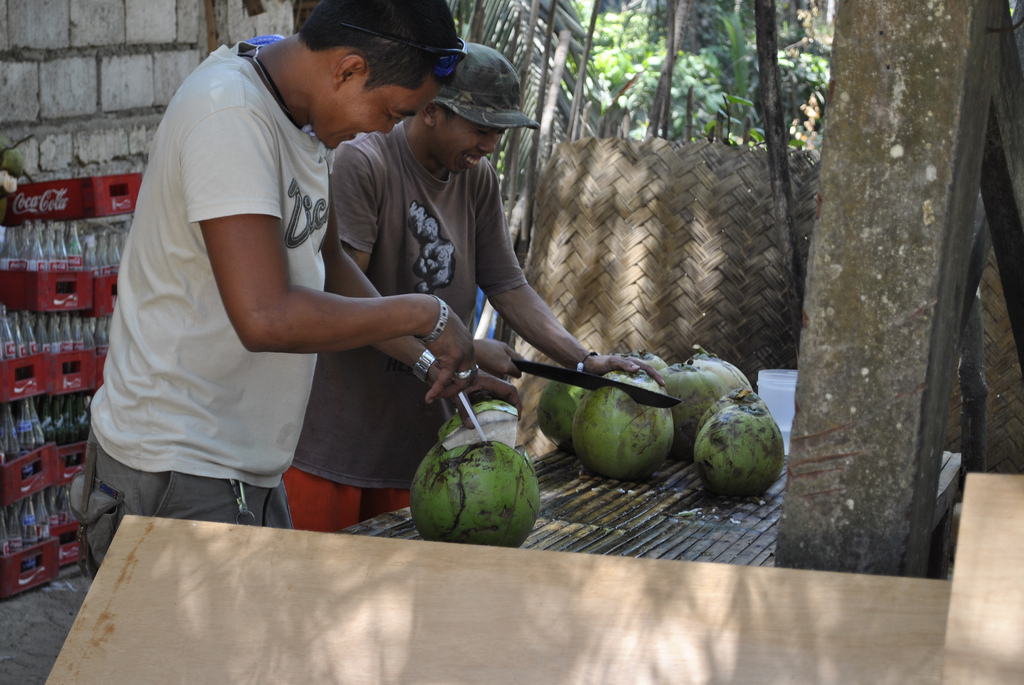 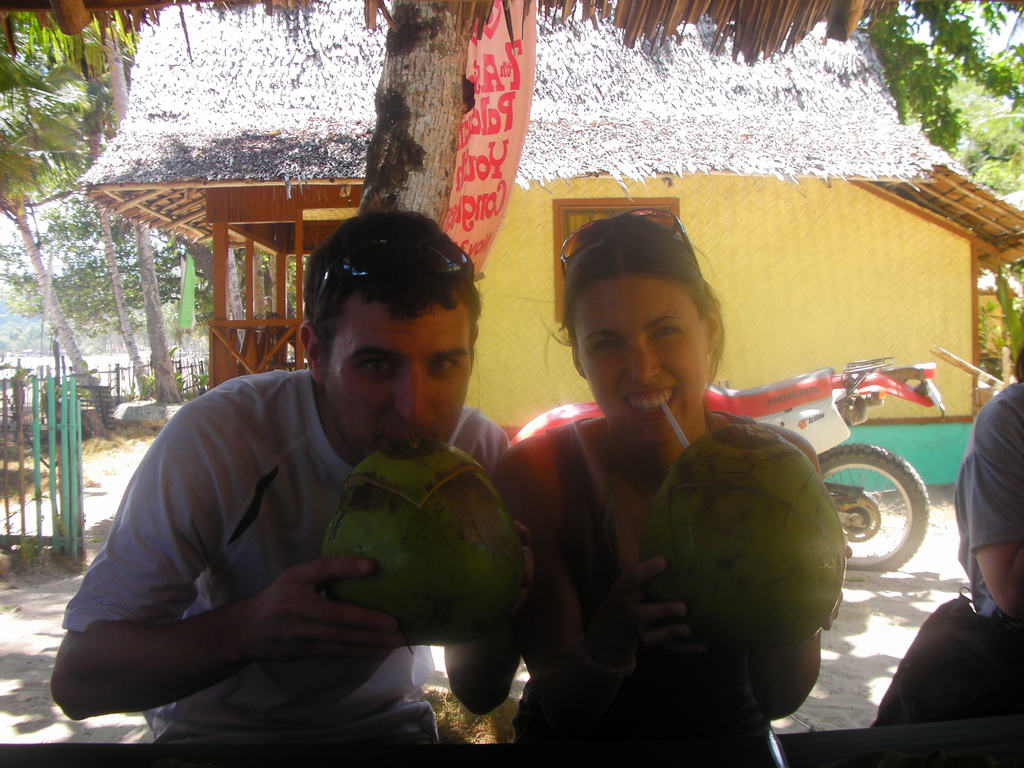 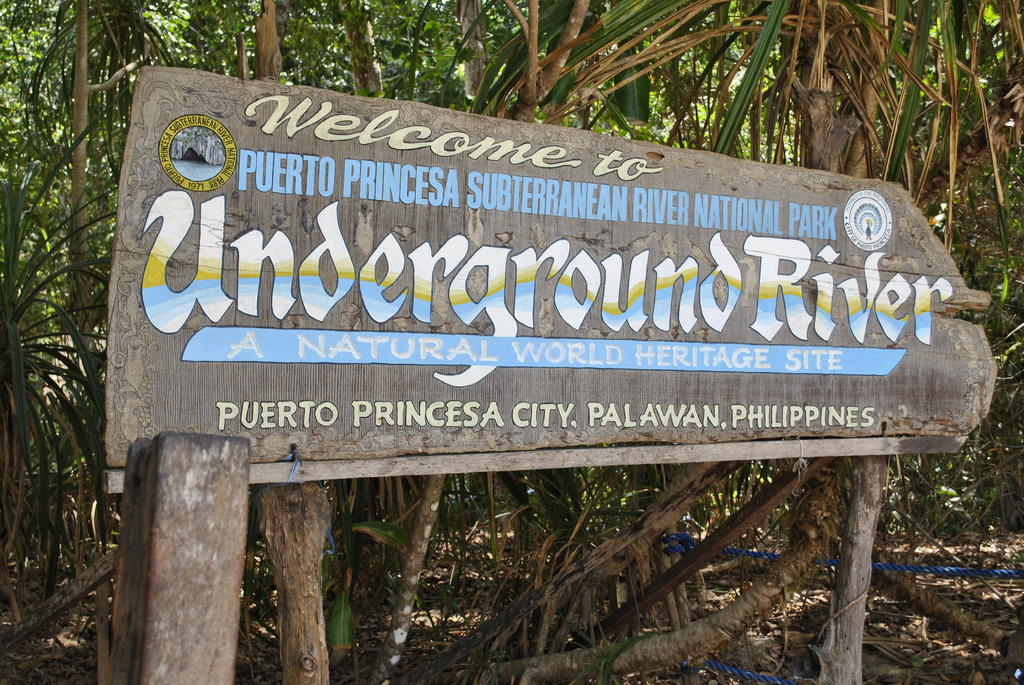 The underground river (subterranean river if you are a scientist) in Sabang is one of the Philippine’s national treasures.  Thanks to some fancy Facebook marketing, they were even able to get on the list of the world’s New7Wonders.  Although our main reason for coming to Palawan is to visit the beaches of El Nido, we wouldn’t dare come here without making a stop to see this amazing natural wonder.

Although it’s called the Puerto Princesa National Park, the entrance to the river is actually a 1.5 hour van ride north of the city, in a small beach village called Sabang.  The only way to visit the river is to book a tour through a local operator.  The first thing we did when arriving in Puerto Princesa was take a tricycle cab to a local tour operator and book a day-trip to Sabang.  The trip included round-trip transportation, all park fees, as well as lunch.  The government only allows 900 visitors a day to the park, and using a local tour operator is the only way to guarantee you will get a permit.  If you know in advance that you are coming to Palawan(especially in a busy season), it is recommended that you book a tour online before you come.  Here are two good options for booking: ONE | TWO

Each tour group is assigned a time to visit the underground river, which gives us a lot of down time to burn.  However, there are a variety of activities to do while waiting.  The best of these being is a tour of the above-ground mangrove river tour.  The first picture in the slideshow above is actually from our mangrove river tour, and shows our tour guide singing a song about protecting the river.  You can watch a video of her singing below:

The tour of the underground river itself is fascinating from start to finish.  We have to watch 15 or 16 other groups go in and come out before us, but after about 30 minutes of anticipation, it’s finally our turn.  Right away, we are warned to watch out for low flying bats. Yes, bats.  I’m not necessarily afraid of bats… as long as they don’t touch me or poop on me.  We are joined on the boat by eight japanese tourists, all of whom had delayed translation reactions to the mention of bats.

The tour goes pretty quickly, and even though the boat is traveling slow, we wished we could go even slower.  The guide does an excellent job of pointing out all the amazing rock formations and their nicknames.  We see ones called “The Last Supper”, “Jesus”, “Giant Mushroom”,  “Three Kings(aka the Nativity Scene)”, “T-Rex”, and many, many more.  It is completely dark, and the guide shines his light on a formation for only a few seconds.  I end up relying solely on the flash of my camera to get any shots at all.  There is some comedy involved too.  Here is a video of the guide showing us the “Male Mushroom”, explaining that it is called male mushroom because of what appears at the top to be a…well, watch the video:

Below is a shot from My Name is Paulina Blog, showing the Three Kings formation: 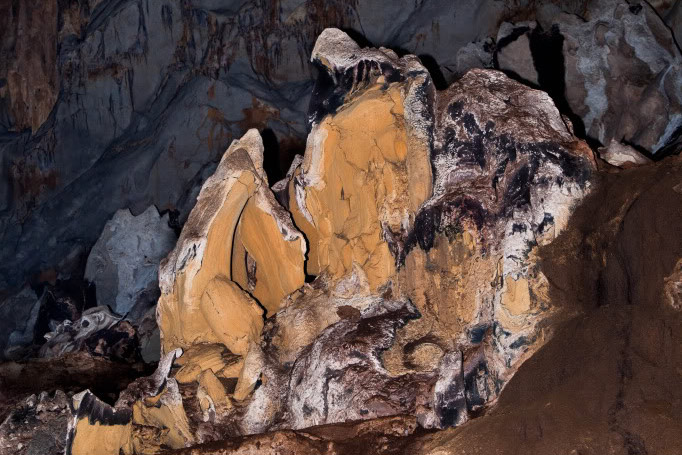 Source: My Name is Paulina

Although the river travels a good five miles underground, visitors are only able to travel about a kilometer into the river.   There are both environmental and safety issues with trying to go further, as well as a time issue due to the high number of tourists each day.

After the tour, we are treated to a beach lunch which includes fresh coconut drinks.  This also gave us more time to explore the little village of Sabang.  My favorite shot from Sabang is this picture of “The Basketball Court at The End of The World”: 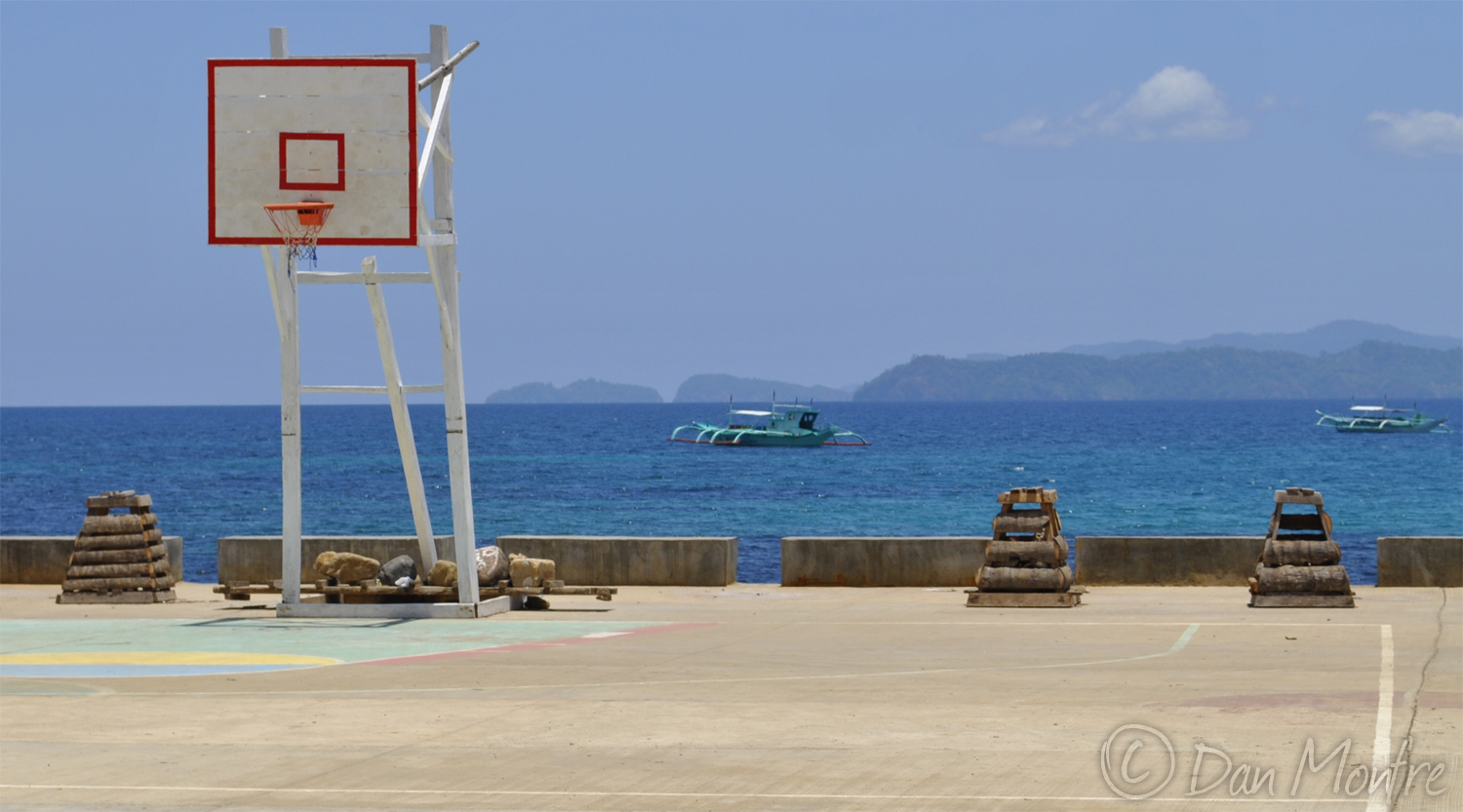