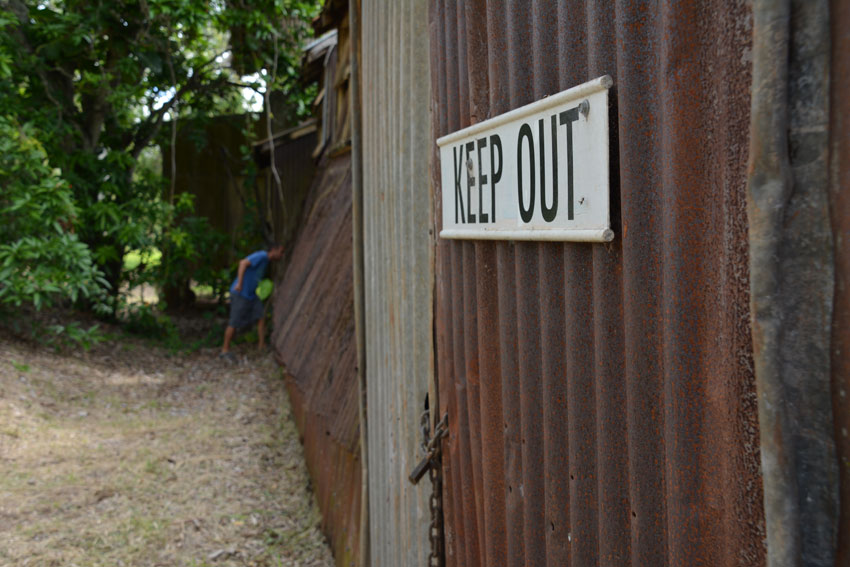 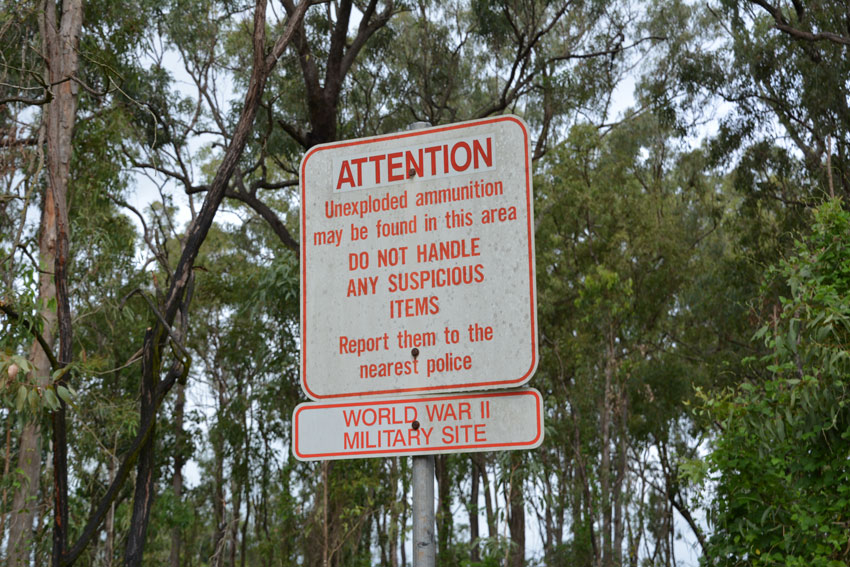 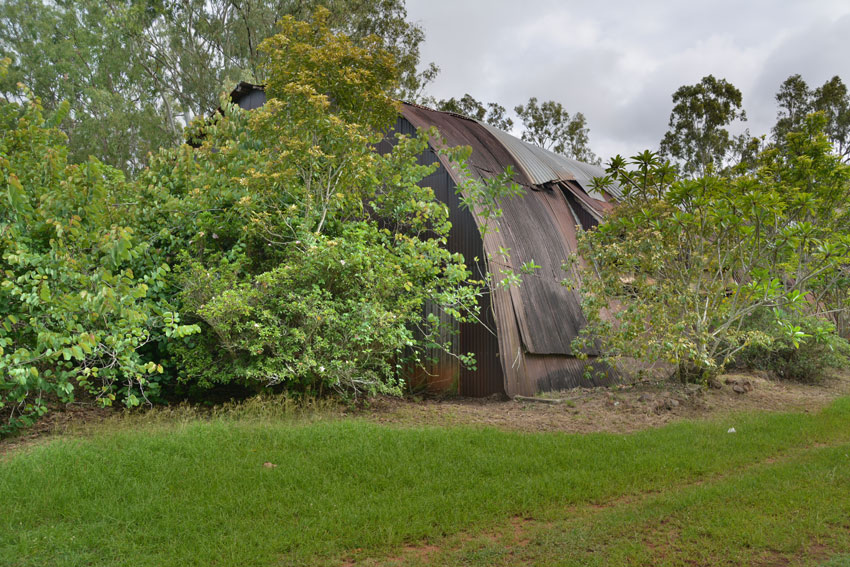 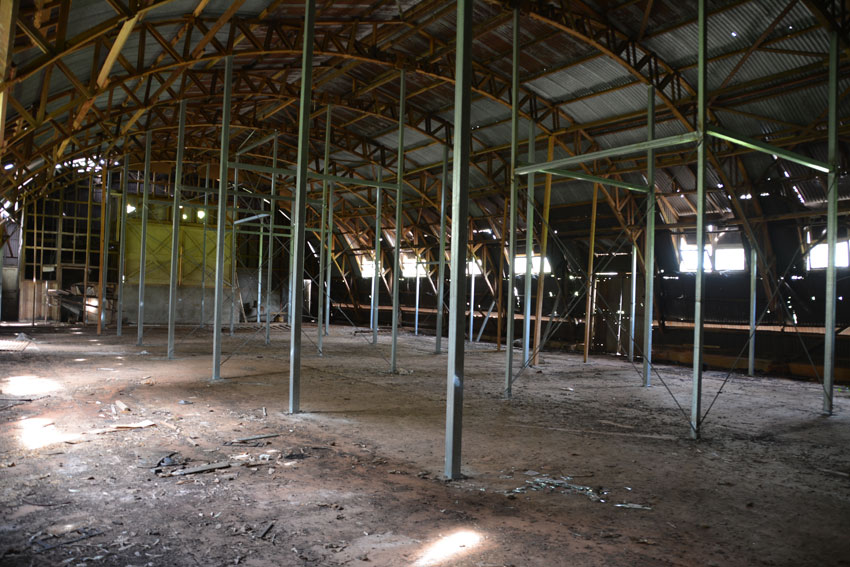 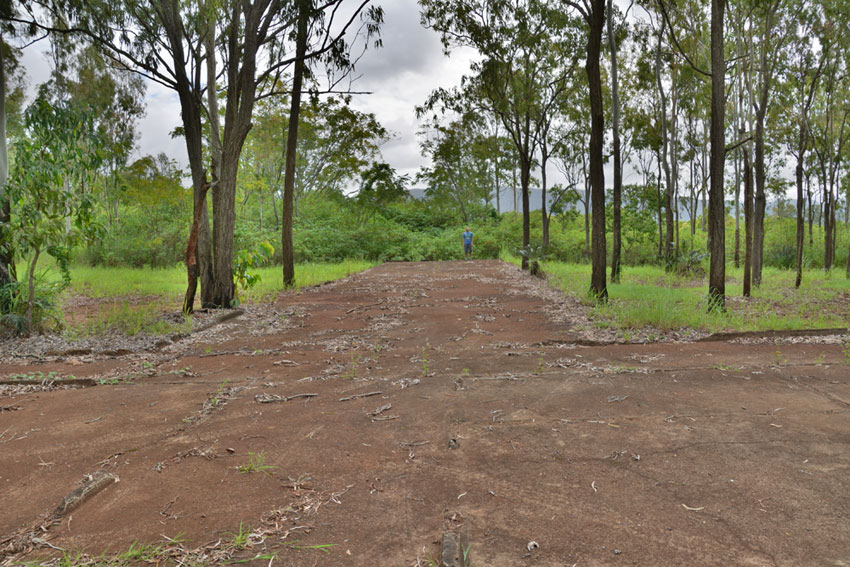 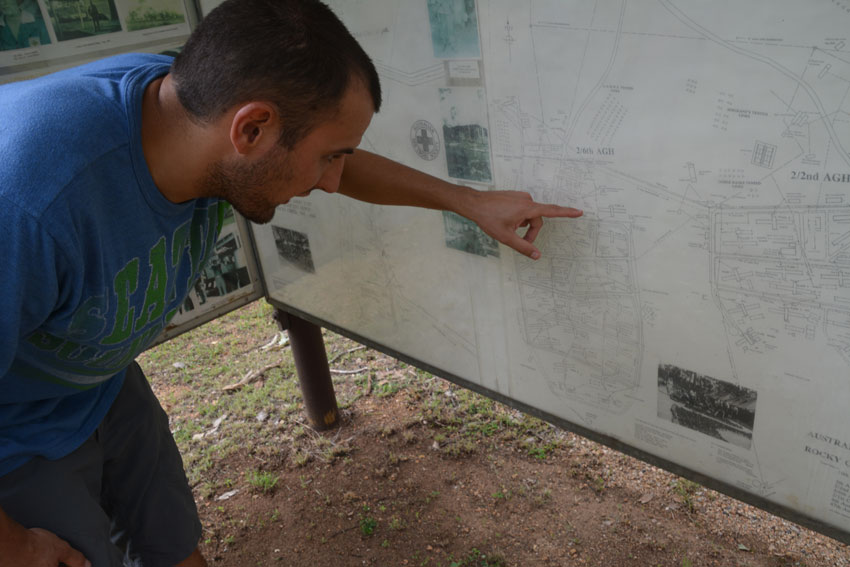 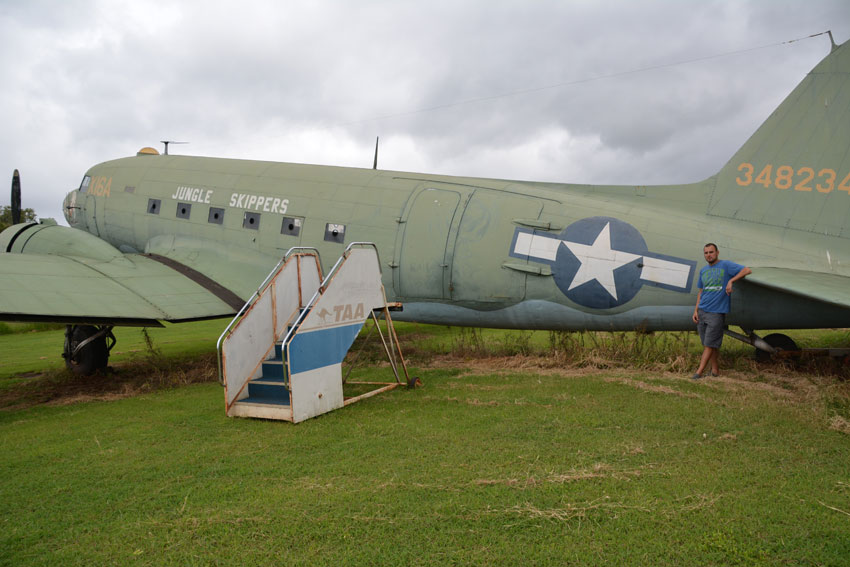 Not many people think of Australia when thinking of WWII, but Australia had one million of its citizens participate in the war in some way.  Many Australian soldiers fought in the European, North African, and South Pacific theatres, over 27,000 died, and the country itself even came under direct attack by the Japaneses throughout the war.

The Tablelands and the Tolga Museum 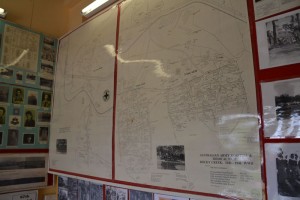 One of the more exciting destinations for war history in Australia is in the Tablelands, a large plateau about one hour West of Cairns that during WWII was the home to the largest military hospital in the Southern Hemisphere.  I’ve decided to start in Tolga, a small town in the middle of the Tablelands where they have converted an old railroad station into a museum.  The museum isn’t entirely about the war, but I am finding some fascinating items here.  Old ammunition, helmets, coffee mugs, and other relics are all out in the open to pick up and hold, something I enjoy much more than looking at items behind glass.  There are three large maps on the wall that show what the area looked like back in the 1940’s when it was operational.  The sheer size of the hospital here is hard to picture as I look out the window and try to get my bearings as to how small the rail station is on these old maps.  Something behind a shelf grabs my attention.  It looks like a tripod with a fan on top, but as I pull it out from behind the other artifacts, I realize it’s actually an air raid siren with a hand crank.  But does it still work?!  Check out the video below: 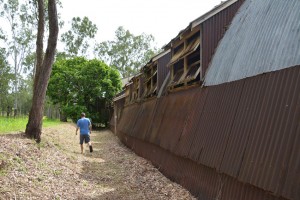 After studying the maps at the museum, we drive our van over to where the hospitals once dominated the landscape.  Most of the land has been converted into farmland, but we come across the last remaining igloo building left.  It has some signs put up that say there are plans to keep this building preserved, but it appears to be in pretty bad shape.  There are Keep Out signs posted everywhere, so don’t ask me how I got the picture of the inside.  Some new support structures have also been built inside to keep the building from collapsing. 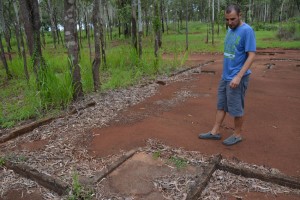 We drive down the road and with a little searching we are able to locate the old foundations of the buildings from the 2/6th Australian General Hospital.  This was the hospital used for Dysentery and Malaria patients, so I don’t want to even imagine what the insides of these buildings looked and smelled like 70 years ago.  The foundations are really interesting to walk on and as we try to guess which room was which.  The main ward foundations of each buildings are very large, and back in the 1940’s, each of these buildings were able to treat thousands of wounded and sick soldiers.  It appears that these foundations have been spared from being bulldozed because it isn’t viable farming land, and the over-grown weeds and trees creates a nice natural memorial to the men and women who served here.  Because of the remoteness of the location and untouched feel it still has, this is easily one of my favorite WWII sites I have visited. 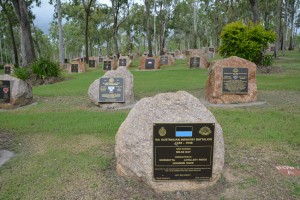 Our next stop is the Rocky Creek War Memorial, down the road from the igloo we visited, this memorial was built on the former site of the 2/2 Australian General Hospital.  The memorial features over 70 individual stones, each with a plaque commemorating a military unit that was either treated or involved in the Tablelands during the war.

I am able to locate the only non-Australian plaque at the memorial.  A plaque commemorating the United States Army Air Force units that were stationed at the Mareeba Airfield down the road from here.  The U.S. bombed the Japanese in various locations in the Pacific using bombers stationed here.  This is the only U.S. involvement in the Tablelands, as it doesn’t appear that there is any record of any non-Australians being treated at any of the hospitals. 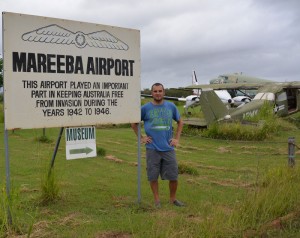 Our last stop today is the Mareeba Airport, home of the U.S. Army Air Force’s 19th and 43rd Heavy Bombardment Groups and 8th Fighter Group in 1942 and 1943.  These units flew many brave missions during the tense beginning of the war in the Pacific and the 8th Fighter Group went on to fly hundreds of successful missions all over the Pacific theatre.  The airport is still an active airport and now features a museum as well.  Some of the highlights of the museum include a restored C-47 Dakota plane used by the U.S. in the Philippines, the remains of a P-40 wreckage from Papua New Guinea that wasn’t discovered until 2005, as well as an authentic nazi flag brought back from Europe by an Australian soldier.