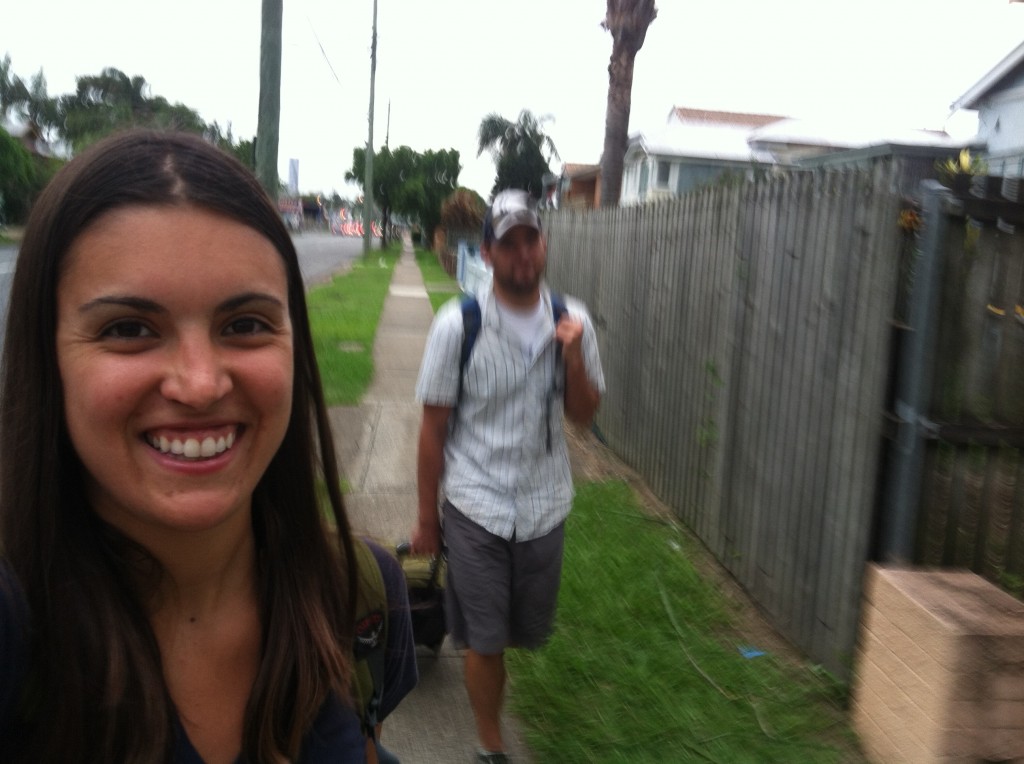 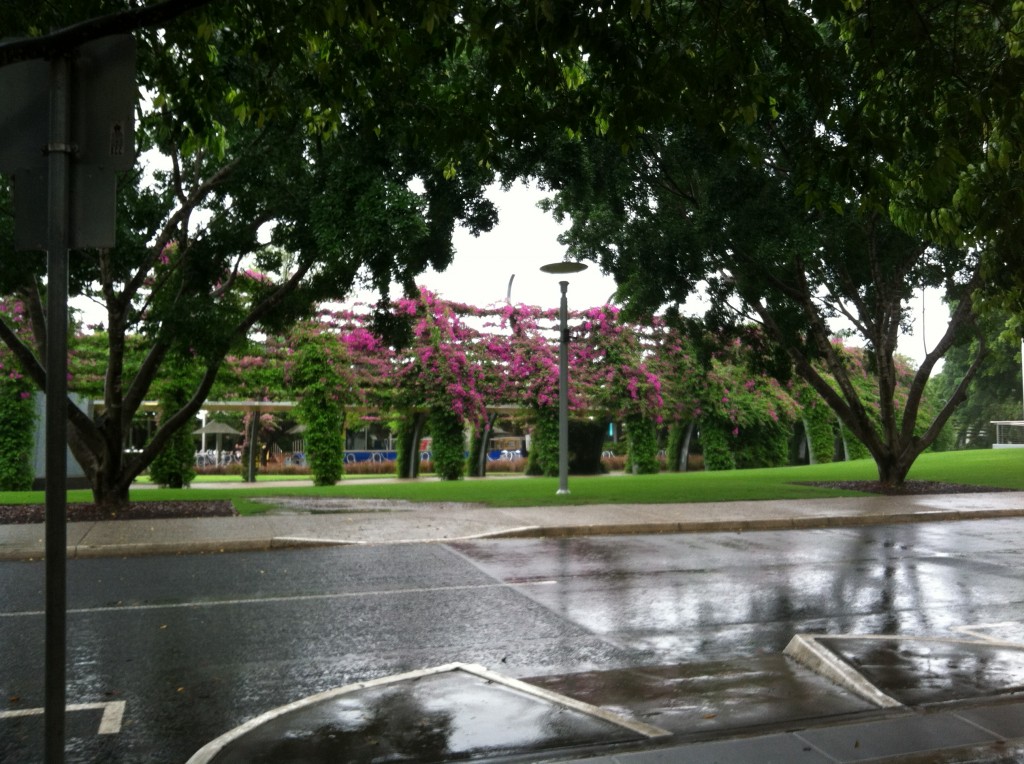 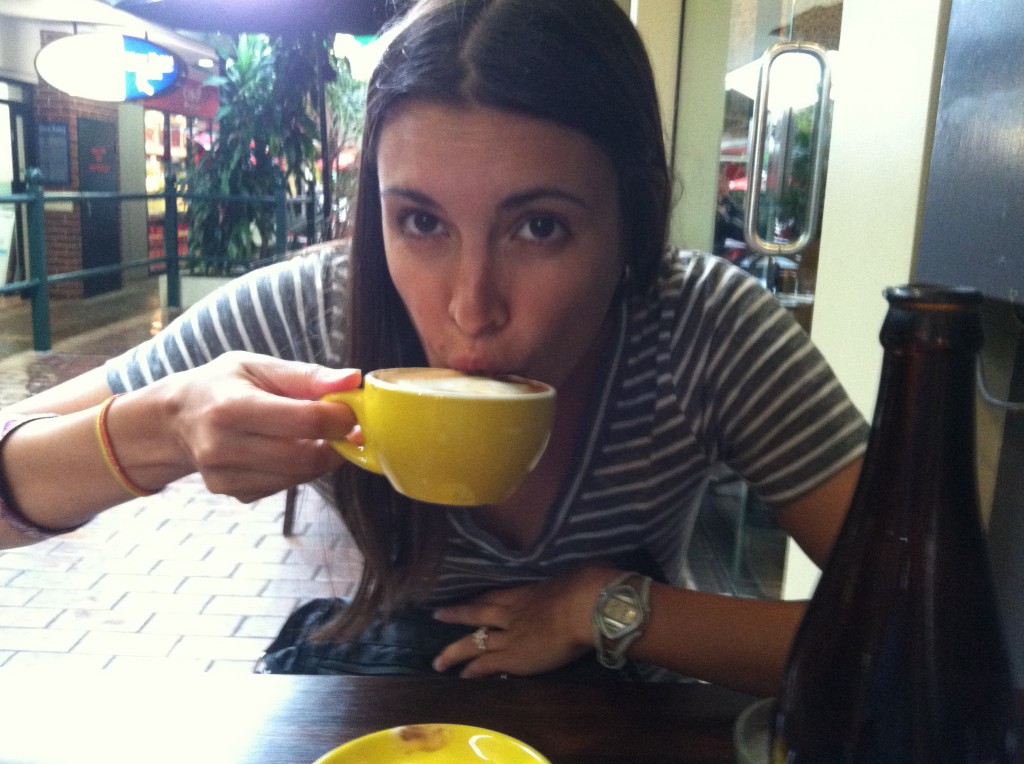 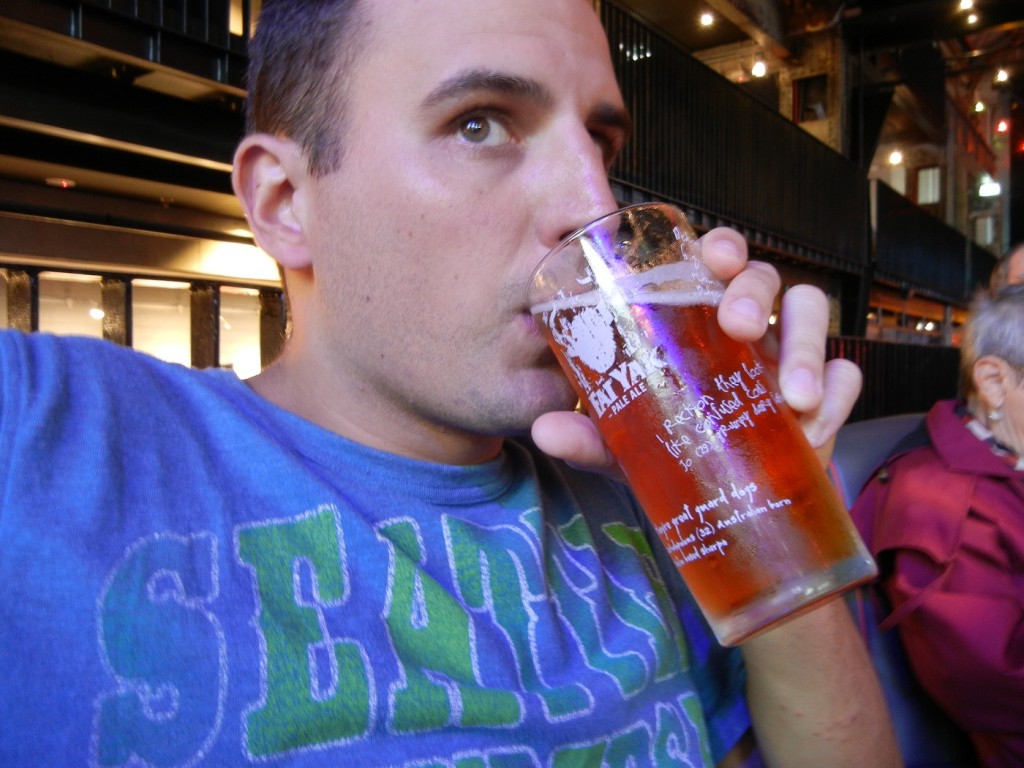 A Rainy Weekend in Brisbane

We arrived in Brisbane on Thursday evening from the Solomon Islands and figured out the train to get our Airbnb host’s apartment in Coorpooroo. Back in the world of hot water, we caught up on hot showers and laundry.

As we were used to in the Solomon’s, it rained. All weekend. We still wanted to get out and see the city, so Friday we picked up some umbrellas and headed to West End for dinner. On the way, we saw a bar and patio with live music and a large crowded, so we stopped in for a drink. Turns out they were celebrating a re-opening under new management and were offering a free drink at the door and free wine tasting including fruit and cheese. There’s nothing better for budget backpackers than free drinks! We quickly made friends with the pourer from the wine company.

The West End is a cool area with bars and restaurants, and we manage to find some cheap(ish) places to check out.

The next day, we explored the Southbank and New Farm areas. With its many parks, pedestrian malls, and city beach, the whole city would have been better in the sun rather than the rain, but we made the best of it. We ended up at Brisbane Powerhouse, a cool warehouse venue, which we found out had free live music. We watched some traditional Chinese music from local artists, then stuck around for a comedy show, part of the Brisbane Comedy Festival going on.

Sunday was our last night in the city and Dan wanted to watch the Tottenham game which was on at 2 am local time. We decided to get a hotel nearby, and we found a cheap (and a little junky) hostel in Fortitude Valley, near bars, clubs, and Chinatown. We watched a movie with some fellow travelers in the hostel lobby, then headed to Pig ‘N Whistle to watch the game with the other crazy fans. It was a great atmosphere and a great game!

One Response to A Rainy Weekend in Brisbane