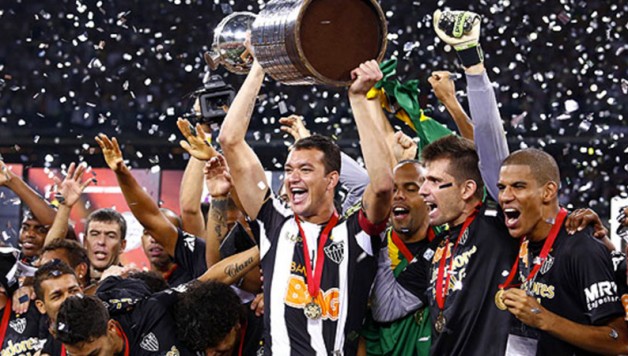 South America is renowned for its competitive spirit and sportsmanship. The sheer energy and vibrant atmosphere of South American sport events capture the attention of everyone, no matter how much of a sports fan you are.

Here are just some of the events that should make their way into your diary when planning your South American travels.

Crowds explode with excitement at the Copa de Libertadores, as old rivalries transform into healthy competition on the soccer pitch.

This incredible sporting spectacle sees 38 top-ranking teams face off, before the preliminary rounds boil down to the eagerly anticipated finals, capturing the attention of the nation.

Unfortunately, the 2013 Copa de Libertadores has already taken place, with the Brazilian club Atletico Mineiro defeating Paraguayan club Olimpia to claim the highly sought after trophy. If you’re planning your holiday for 2014, make sure to catch the 55th instalment.

The Latin American Poker Tour (LAPT) brings the nations competitive edge to the poker table. Touring through the most glamorous cities, the PokerStars sponsored tour delivers sizzling live action in the richest and biggest tour in the region.

The next LAPT event in the Season 6 tour will be held in Panama on 18th – 22nd September and will see crowds of talented amateur and professional players face off on the felt. The tournament will conclude with the pulse-racing $1,500 + $150 NLH Re-entry Main Event.

Held in Santa Catalina, Panama back in May, the ISA World Surfing Games brings together hundreds of surfers from around the world to battle it out on their boards.

Known as the “biggest surf show on the planet”, the event sees surfers compete in Team, Open and Women divisions, with the newly introduced ISA World Longboard Championship playing host to the globe’s best long boarders.  The event also serves as the qualifier for the ISA China Cup Invitational.

The ISA World Surfing Games is sure to return with a splash in 2014, so keep an eye out for more details.

The Brazilian Grand Prix is an adrenaline-inducing Formula One championship race, held annually at the Autodromo Jose Carlos Pace in Sao Paulo. Past winners have included racing stars such as Sebastian Vettel, Mark Webber and, most recently, Jenson Button, who took the title for Britain.

This year’s Brazilian Grand Prix will be the electrifying conclusion of the 2013 FI calendar. The race will be held in Interlagos between 22nd – 24th November, so get your engines revving and head over to Brazil to shift the action into high gear.

Bringing a touch of class to South America’s sporting world, the Argentine Polo Open Championship attracts the best players and finest horses from across the world. With the highest number of ten goal players in the sport, Argentina hosts the fifth-oldest competition in the world and is the only South American country in which polo is recognised professionally.

If you’re planning a vacation to escape the British winter, then make sure to check this out, as it takes place between 5th November and 31st December this year. The elegant charm and glittering parties in the capitals most exclusive venues is sure to keep you feeling festive.