So…. Change of Plans in the Works 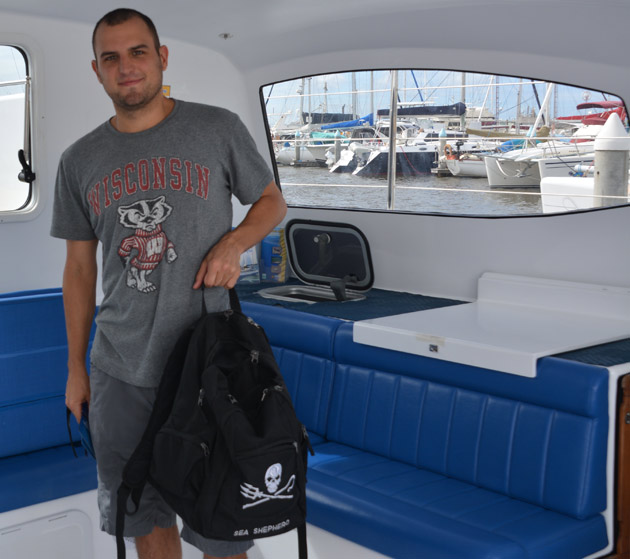 A few weeks ago, I made a spur-of-the-moment decision that I assumed was no big deal.  Alissa and I were in Hervey Bay, Australia, home to some crew members from Sea Shepherd, an environmentalist group famous for their work on the Discovery Channel show Whale Wars.  Being a fan of the show, I decided to look up some of the local members and try and go out on a whale-watching tour with them.  One particular member, Jack, emailed me back letting me know it wasn’t whale-watching season, but that he would still love to show us his boat.

Jack not only showed us his boat, but he spoke with us for about two hours on what it’s like to be a member of Sea Shepherd.  Before I knew it, he had his laptop out and had convinced me to apply to work aboard one of the ships.  Alissa was giving me a look of “let’s get out of here”, but at the time I figured someone like me, with no experience at sea, who can barely tie his own shoe, will never get chosen.  I just thought it would be cool to tell all my friends that I applied to be on Whale Wars.

Well… Check out the email I received a few days ago:  CLICK THE IMAGE TO ENLARGE 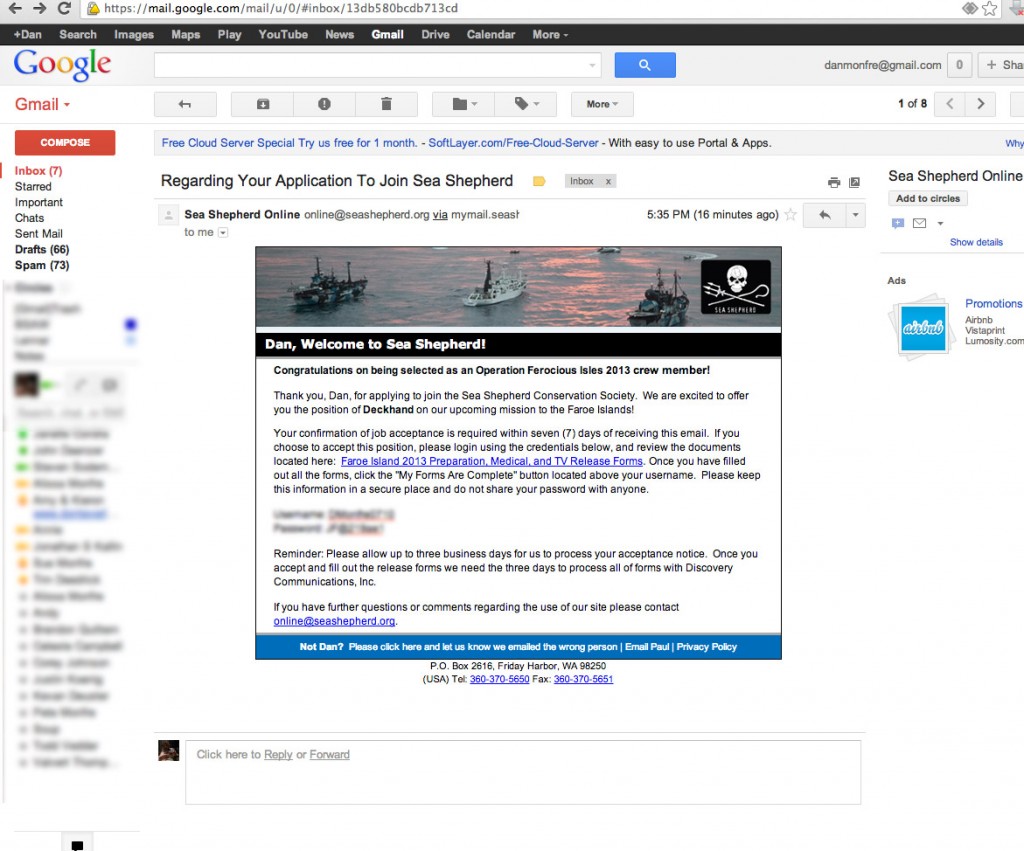 At first, Alissa and I were in agreement that I would not be running away without her to get on a boat for three months in the Faeroe Islands.  I emailed Sea Shepherd and let them know that because I am married and traveling in Asia, that I cannot join them this Summer. 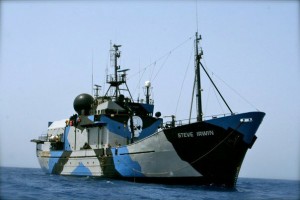 I won’t put the entire email chain on here because it get’s a little lengthy, but after seven or eight exchanges with James (see him in this video), Alissa and I have both been accepted, and will be joining the crew of the MY Steve Irwin this Summer!  Alissa will be working as an assistant chef in the galley and I will be a deckhand.  The entire boat is VEGAN, so Alissa will start taking vegan cooking classes in Thailand with another crew member from Vietnam.  All I have to do is learn how to tie knots and not complain, the latter being harder for me.

In case you are wondering why Sea Shepherd goes to the Faroe Islands, here is what the people of the Faroe’s were up to in 2012: http://digitaljournal.com/article/330455

We will be posting more information and dates about our plans in the next few weeks.

If you want to join us, they are still looking for two more deckhands, an engineer, and an assistant helicopter pilot: http://www.seashepherd.org/documents/get-involved/crew_application_01.pdf (don’t worry about the $100 fee)

2 Responses to So…. Change of Plans in the Works