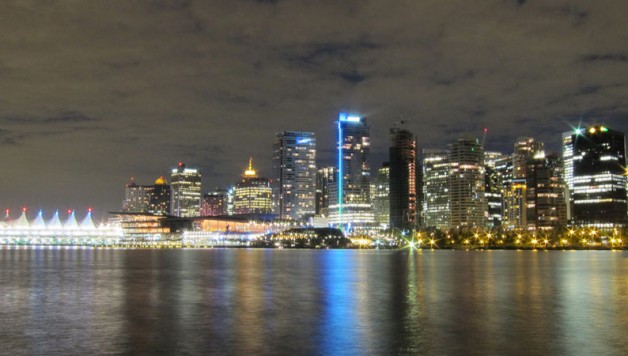 Four Cities in Canada to Explore This Winter

Canada spans over 3.85 million square miles (nearly 10 million square kilometers for those of you using the metric system), making it the second-largest country in the world. Exploring America’s neighbor to the north can certainly be an intimidating and daunting task, so here is a list of four Canadian cities that you cannot miss on your next winter excursion.

I love visiting Canada, and I also love how open the country is to visitors.  While many countries are visa-exempt, most require an electronic travel authorization for visiting Canada as tourists, on transit, or on business travel less than six months. An eTA Canada is valid for up to five years though (or until your passport expires), so you should apply early just to be safe.

What better place to start our Canadian tour than in the country’s cultural capital. The mystique and architecture of Old France meets modern flair in one of the world’s most beautiful cities. Montreal truly embraces the winter season and hosts several winter festivals, including a winter restaurant week where you can experience some of the world’s finest French and new-age cuisine. Do not miss the Montreal Snow Village, the world’s only snow-themed attraction of its kind to be built in a metropolitan area. Don’t forget to bundle up in a Canada Goose Jacket.

Toronto is a hip city with a heart and soul that reflects the diversity of its inhabitants. The city’s global influence is put on display in the art scene, at entertainment venues, and on internationally inspired restaurant menus. Toronto’s most famous landmark is the CN Tower, the tallest structure in the Western Hemisphere. Visitors can gaze upon miles of Torontoland at Sky Pod, the highest observation deck in the world at 1,465 feet above ground. There isn’t a place that most Canadians hold closer to their hearts than the Hockey Hall of Fame and Museum though.

Calgary is often overlooked as a tourist destination and is often used as a stopover point for people heading to mountain resort towns. People landing in Calgary with intentions of travelling to the Canadian Rockies might never want to leave the Stampede City though. Featuring the world’s most expansive pedestrian skywalk network, Calgary is the perfect Canadian destination for people who like to explore a new place but don’t want to bundle up from head to toe in order to do so. Let loose and channel your inner cowboy or cowgirl in Cowtown, a city that embraces the culture of the Old West. Plan your Calgary visit around the city’s Winter Festival, which commemorates the 1988 Winter Olympic Games.

Due to its moderate oceanic climate, Vancouver is one of Canada’s warmest cities. The geography of the area is picturesque, with the inlets and sounds of the Pacific Ocean to the west and the coastal mountains to the east. Vancouver has seen a boom in tourism in the past decade, which including the 2010 Winter Olympics. Vancouver is the perfect city to use as the base of your next alpine excursion, with three local mountains (Grouse Mountain, Cypress Mountain, and Mount Seymour) and Whistler, one of the world’s highest-rated ski areas, only a short drive from downtown. Make it back to the city by nightfall though, when the town really comes to life. Gastown, the city’s birthplace, has some of the country’s most entertaining nightlife venues. It should come as no surprise because the area is named after John “Gassy Jack” Deighton, a sailor and prospector who opened the city’s first tavern in 1867. Photo source: Michael Chu