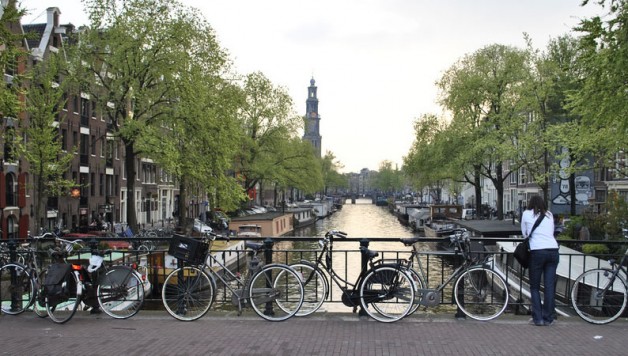 Top Activities to Do in Amsterdam in August 2013

Amsterdam is always a great summer destination to spend some time in over August. It has the perfect combination of night-life and culture, and offers a relatively mild climate when compared with surrounding heat wave concerns, it’s also pretty easy to get to on a budget. Flights don’t cost too much and you can get a coach to Amsterdam for even less.

Coming into the back end of July and through to August 2013 is Amsterdam’s annual gay pride festival, featuring parades along the canals on the 2nd of August which has previously been reviewed as ‘carnivalesque and slightly naughty’. If that’s not your things then there are a whole six other festivals within the confines of the month, including SAIL Amsterdam, a large maritime celebration, Uitmarkt, which is considered one of the city’s cultural highlights, with book fairs, performance art and workshops. There multiple music festivals so you definitely won’t miss a beat, and also an open-air film festival.

Amsterdam is home to several of our most treasured artists across the world, including Van Gogh, Rembrandt and Fellini. The city loves to showcases the masterpieces they’ve produced over the summer in seasonal exhibitions. ‘Van Gogh at Work’ is all his best and most known works shown alongside extensive research into his creative process and life.

‘Disney in Concert’ features the Metropole Orchestra with some well-known Dutch singing stars, who get together and perform songs from all the best Disney films, from Lion King to Beauty & the Beast. It claims to be perfect for all ages, although if you feel it’s too young for you there’s the Amsterdamse Bostheatre, an open air venue that regularly holds quirky music productions and theatre shows.

Why not go to the Amsterdam ArenA in August to see Ajax take to the pitch for a bout of pre-season friendlies. There are three matches scheduled in August, running in consecutive weekends starting on the 2nd, playing Roda JC Kerkrade, Feyenoord and PEC Zwolle.

As mentioned before, the huge array of festivals mean you’ll never be short of something to listen to, where you go only depends on your music taste. Wave festival (17th Aug) is for wave and techno fans, whereas 125 years of concertebouw will take you through of a century’s worth of classical music from the region. The choice is yours!