Inside the World’s Largest Building in Chengdu, China

It’s hard to describe in words just how big the New Century Global Center is in Chengdu, China.  It’s three times the size of the Pentagon.  It could fit nearly four Malls of America, six Dallas Cowboy stadiums or 30 Sydney Opera houses inside!  It opened last week after three years of construction, an extremely long construction time for Chinese standards (they are planning to complete the building of the World’s Tallest Building in only four months!)

The New Century Global Center comes complete with multiple 1,000+ room five star hotels, a four-story mall, an IMAX theater, and an ice rink, all centered around an artificial beach and water park.  The building even has it’s own artificial sun that rises and sets on a 500 foot high definition screen.

Today, Alissa and I have taken the recently built Chengdu Metro to Global Center Century City to see the World’s Largest Building for ourselves.  We started in the water park, known as Paradise Island.  We planned on going into the wave pool first.  We had to check our sandals into cubbies, then walk through some sort of disinfectant spray.  Right as we were about to jump into the water, we heard a loud whistle.  The lifeguard informed us that life jackets are required in the wave pool.  That was the end of that idea! 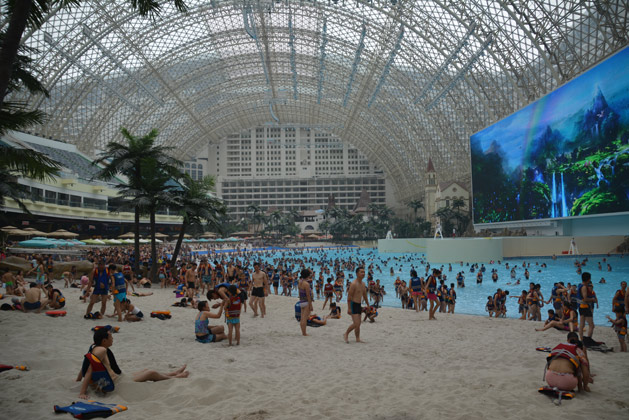 The artificial beach features a 500-foot HD screen, including sunrises and sunsets: 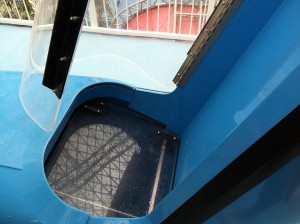 Instead, we head to the extreme water slides, including one that drops you from a launch platform then loops upside down.  I’ve seen looping water slides before in the U.S., but those area more like corkscrews than loops.  This loop is much steeper, and is the most intimidating water slide I’ve ever seen.

There was a line of Chinese people(a rarity in itself!) waiting for the tamer slide, but I couldn’t find the line for the blue looping ride.  I asked a worker, and he looked shocked that I wanted to ride the blue slide.  He took Alissa and I past the line and up the steps.  We come to the platform and there is a group of four workers just staring at the slide.  They had mixed emotions when we told them we wanted to try it.  It looked as if no one has ever been on this slide before.  The worker spent about 10 minutes fidgeting with the controls to try and get it working.  Finally, he ushers me to get inside the launch capsule.  At this point, I actually feel like a human test dummy.  I want to ask them if I’m the first person to ever go down this slide, but I’m afraid to here the answer.

The slide is incredibly fast, and it is over before I realized what had happened.  Alissa shows up all the scared male workers by immediately following me down the slide.  We end up riding three more times.  You can see the slide in action in the video at the top of the page. 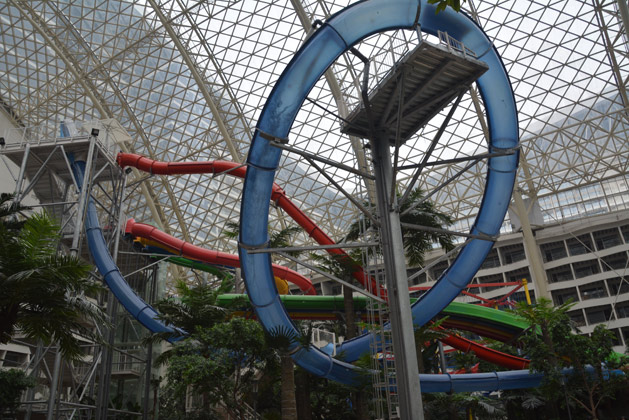 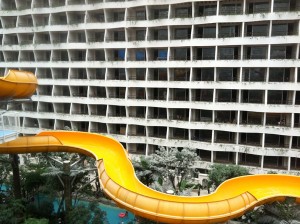 There is also a large seating arena above the water park so that they can host concerts.  A stage actually slides right on top of the wave pool.  Why not right?  I can see how a concert here would work so well.  The building is so big that you forget you’re indoors, making it the perfect weather for an ‘outdoor’ concert.  Many of the hotel rooms have balconies over-looking the water park too, meaning you could watch the concert right from your room. However, the hotels are not open yet, and it’s interesting to see so many people hard at work trying to finish each room.

The giant wave pool HD screen even shows live video of people bobbing up and down in the waves during each session.  It’s like being at a baseball game watching people try and get on the big screen. 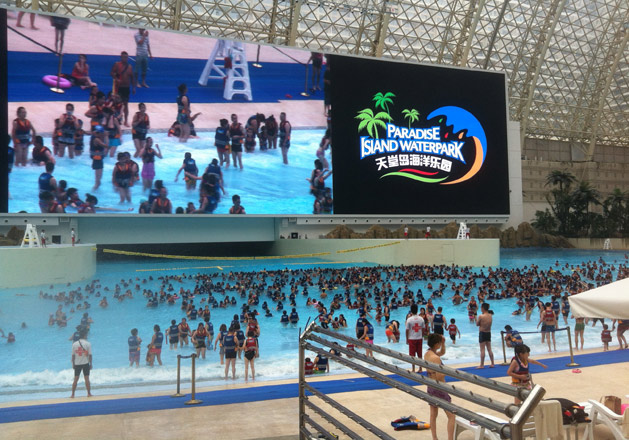 After the water park, we headed up to the top floor to see Jurassic Park in IMAX 3D.  I was so upset that I wasn’t in the U.S. to see this re-release of one of my all-time favorite movies.  So to see it here on an even bigger screen was worth the wait! 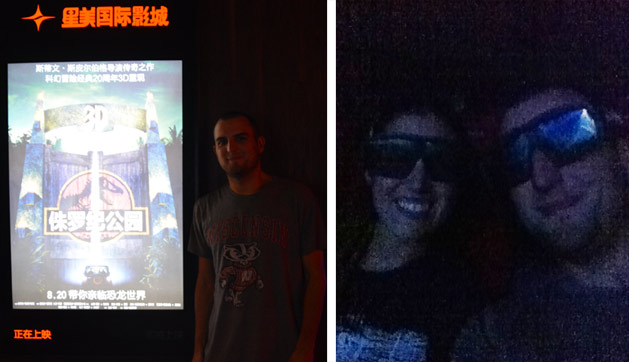 Comparing the size of this cleaning crew to the building shows you just how big it really is: 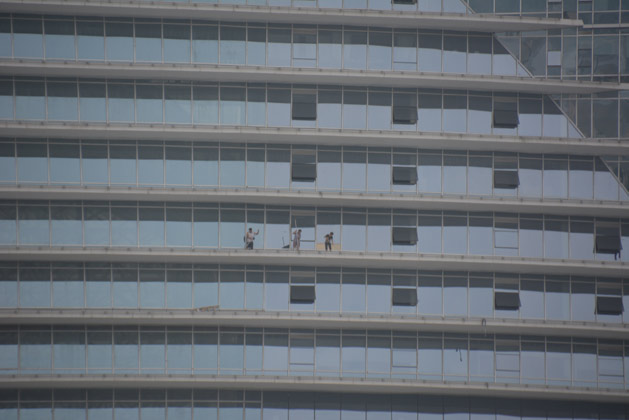 The building towers over visitors as they approach: 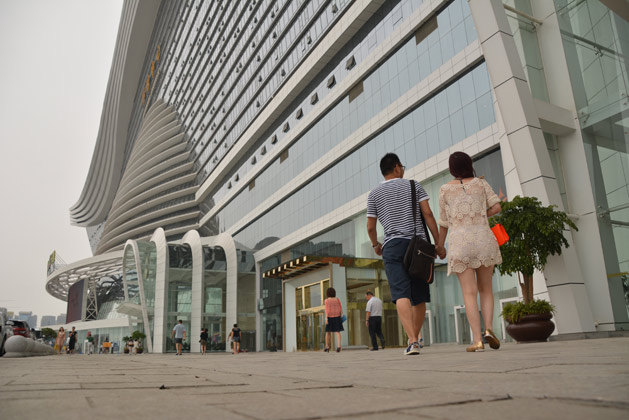 The main mall lobby is open and exposes the buildings massive roof immediately upon entering: 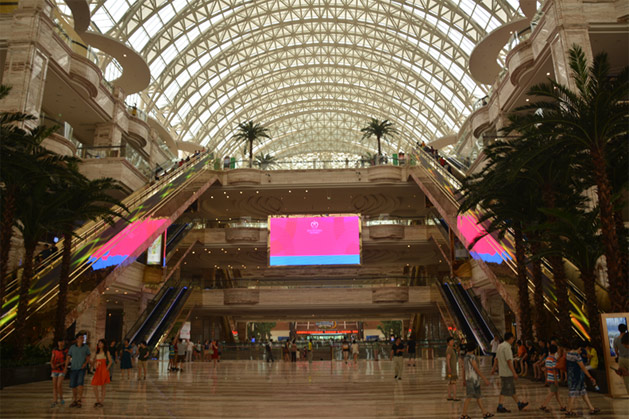 The elevators themselves are fun to look at: 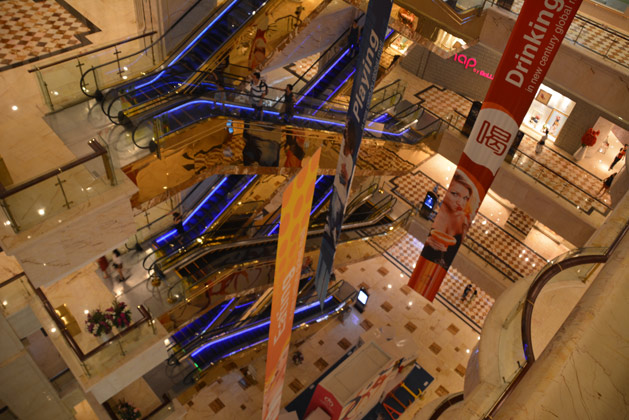 The lobby to the IMAX Theater on the top floor is built with beautiful architecture: 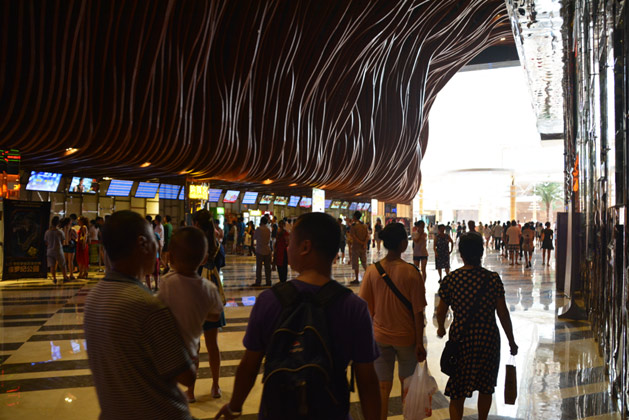 The mall was surprisingly empty, especially for a Sunday: 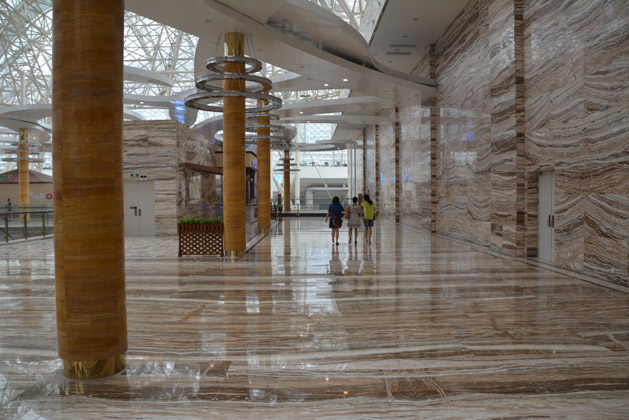 The stores all just opened, and features lots of employees but few shoppers yet: 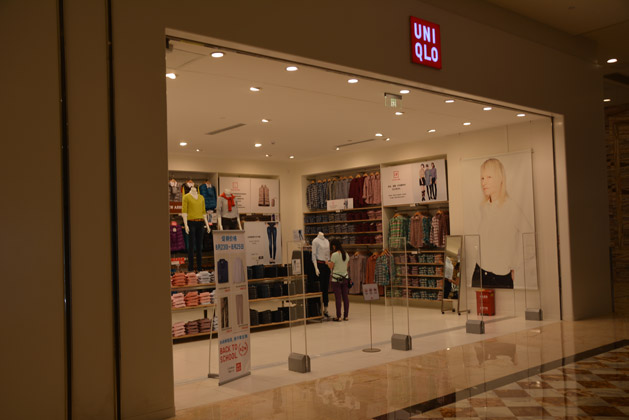 What mega-mall is complete without an ice rink? 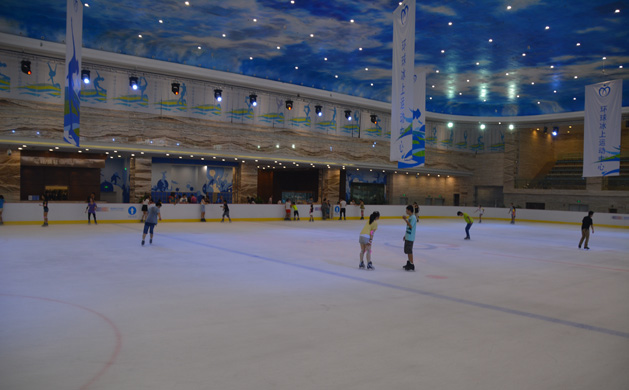 The building is even more amazing from the outside at night: 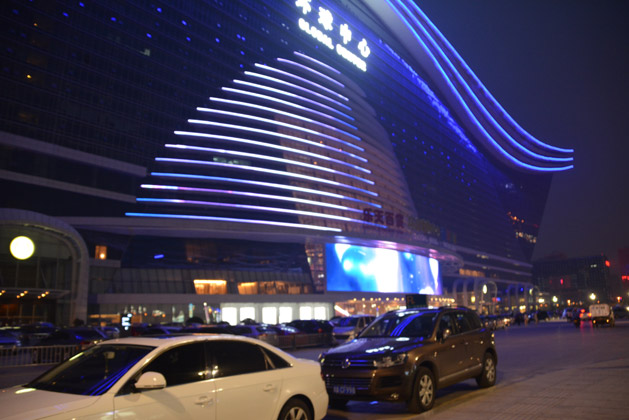 Our trip to China is being sponsored by eDreams

2 Responses to Inside the World’s Largest Building in Chengdu, China