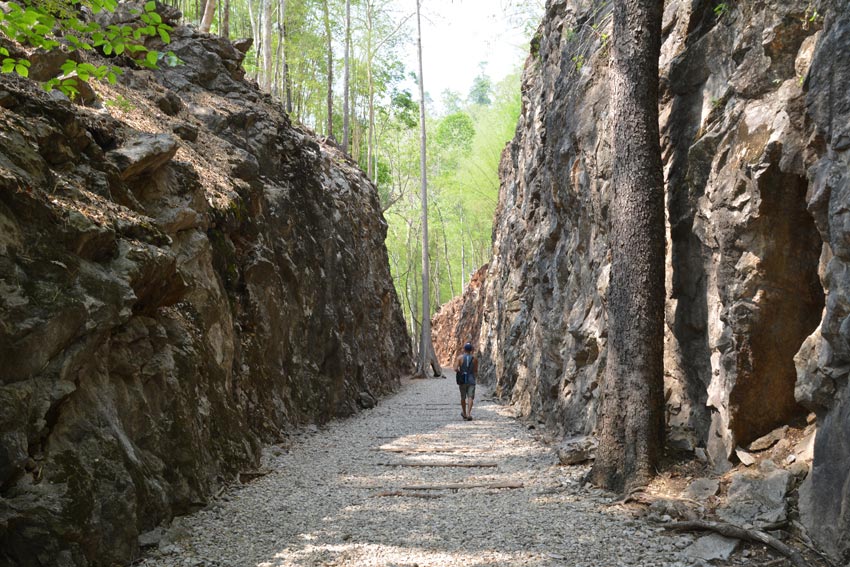 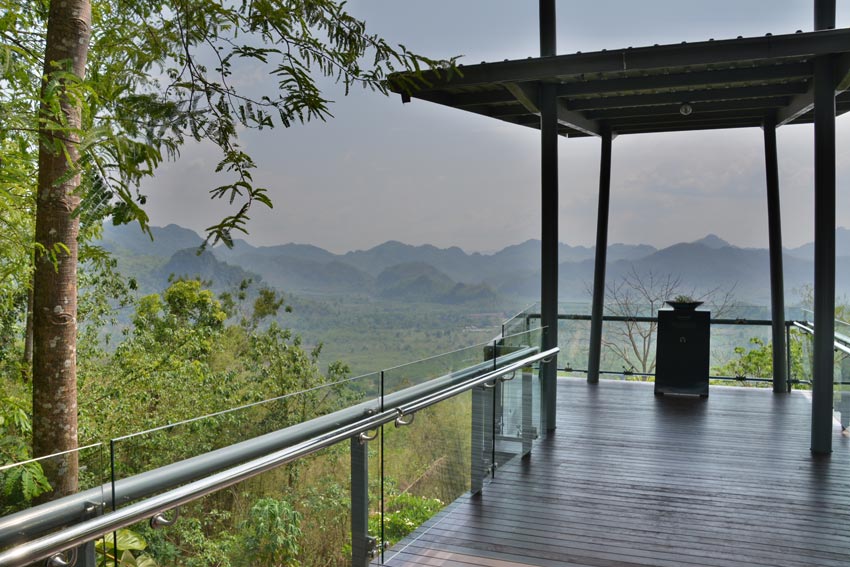 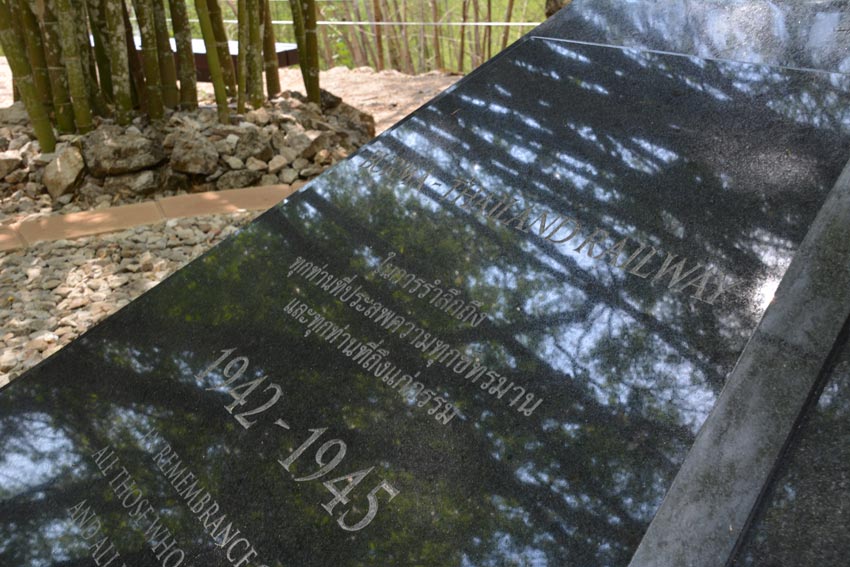 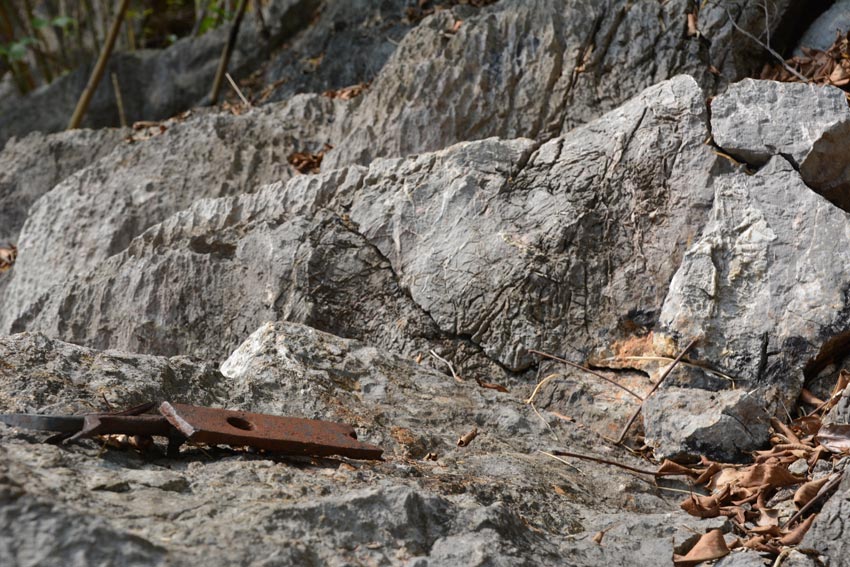 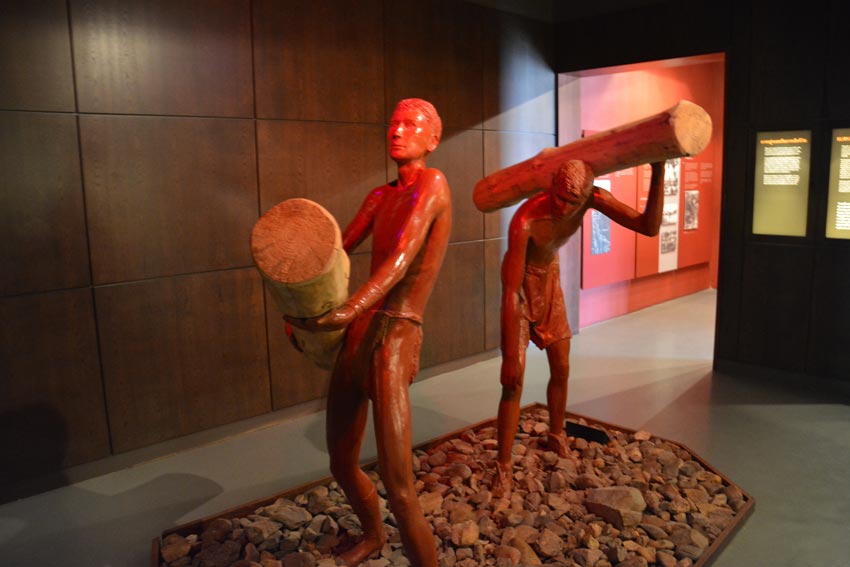 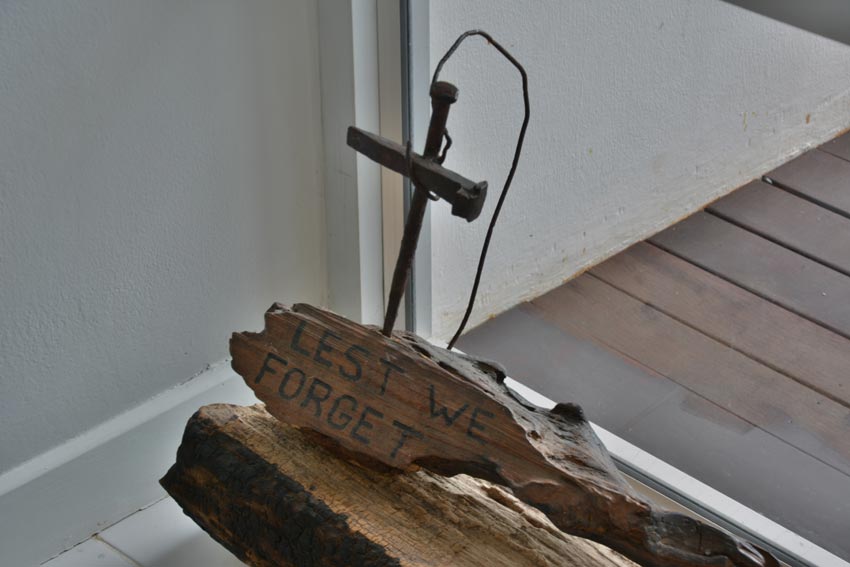 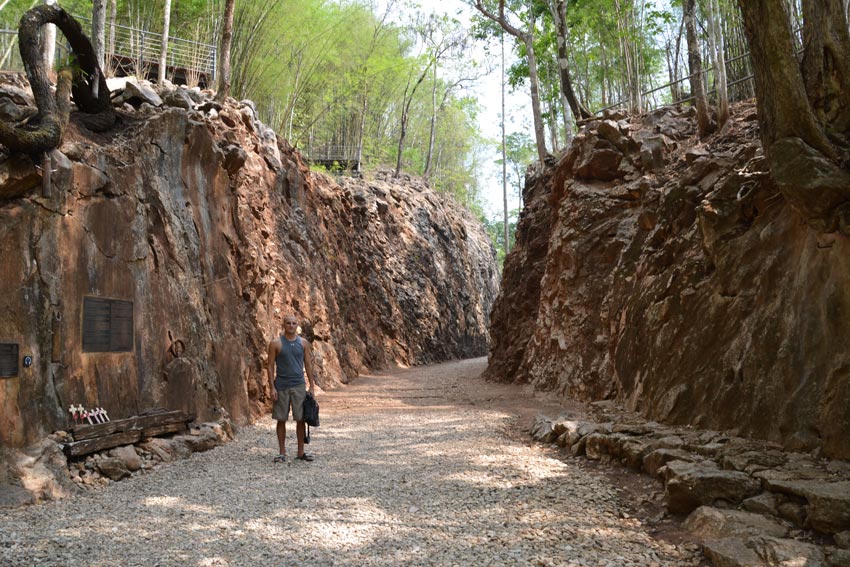 We’ve headed north from Bangkok to the city of Kanchanaburi, Bangkok’s most popular day-trip city.  We are only going to stop here briefly to do some sight-seeing before heading further west to see what remains of the Thailand/Burma Death Railway, a railway built by the Japanese in WWII using the slave labor of Allied POWs and migrant workers from all over Asia.  The railway is famous for having horrid conditions for it’s laborers and when by the time the railway was completed, over 100,000 men lost their lives from starvation, sickness, or being beaten to death by guards. 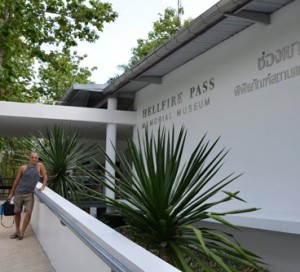 The railway stretched a little over 250 miles from Bangkok, Thailand to Yangoon, Burma(now Rangon, Myanmar), and was completed in about 16 months by Japanese engineers directing slave laborers, using 18-hour shifts known as “Speedo shifts”.  Hellfire Pass is a portion of the railway in Thailand that featured the most challenging location to build a railway.  The prisoners had to use dynamite and rudimentary tools to cut through the hard rock (sometimes over 80 feet in depth) as well as build bridges over steep cliffs again without any of the proper tools or safety equipment.  This is the section of the railway that I am visiting today, and is where British and Australian authorities decided to build a memorial for those who suffered and died during construction.

To reach Hellfire Pass, we hired a minivan driver from a tour operator in Bangkok.  It took a little over an hour to drive us from our Kanchanaburi river hotel to the Hellfire Pass Museum.  The Museum is located at the top of the site’s hill and is really well laid out, simple enough for anyone to follow, and has a lot of amazing photos.  The short film inside the museum is just a slideshow with some sad music and English/Thai subtitles, which was disappointing.  Someone needs to call Hanks and Spielberg and get them on this one!

After the museum, we begin our descent down the beautifully-created bamboo staircase and onto the Hellfire Pass trail.  We’re walking alongside a cliff, overlooking a sure-death drop into the river below, and it hits me that this small path is only here because of the railway work done 70 years ago.  What it must of looked like before they began working is hard to imagine.  I don’t know what I would do if I was ordered by a Japanese guard to scale the side of a cliff and level a path for train tracks. 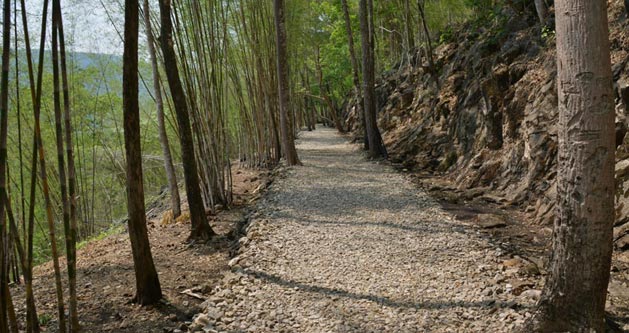 After 20 minutes or so, we come across the first cut in the rocks.  This cut looks like it would be difficult to do even with today’s modern equipment, and the men in 1943 did it with mostly manual labor and dynamite.  Walking through the pass is very moving.  So many died building this railway, and this particular pathway is where conditions were the worst.  Just in this spot where we are standing, 70 men were beaten to death by Japanese and Korean guards. 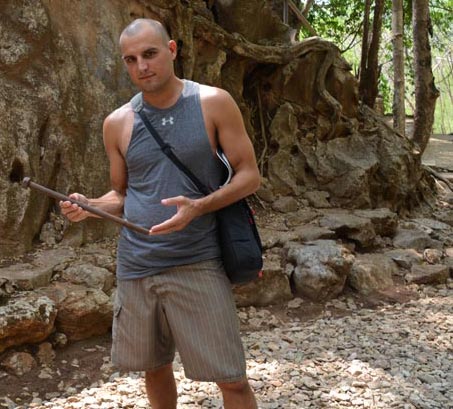 At the end of the cutting path, there is a really nice memorial for the soldiers who both worked and died here.  I felt pretty proud when I saw that the most recent flower donations came from the Boyscouts of America.  Not much remains of the railway itself, as the Japanese took almost everything with them to build more railways in Southern Thailand.  However, the local people who work here are constantly finding old railway stakes and nails.  As I walked past Hellfire Pass and further down the path, I ran into two locals near a pile of a few relics.  They had just found them today, and they let me hold and inspect them for a little while, and I’m pretty sure they thought I was either in the Army right now, or a ghost from 1940’s back to haunt them for touching my stakes.

Taking a ride on the Death Railway

Not too much of the railway that was built is in use anymore, with the exception of a small portion about an hour away from Hellfire Pass.  The train is extremely old, and is now only used for a little local transportation as well as a tourist attraction for people like us.  It takes an hour to travel along this stretch  and we really enjoyed the slow-moving ride over such a historic railway.  Over 100,000 people died (about 16,000 POWs and 90,000 Asian migrant workers) to build this railway, and taking a ride on these tracks feels like a way to pay respects to those men.  There have been rumors that the railway is going to be reconstructed in order to reconnect Bangkok with Yangon, but I really hope they choose to direct the path well around Hellfire Pass.  This portion of the railways is the only portion being treated with respect for those who died, and it would be a tragedy to take that away.

The Bridge Over The River Kwai

Tourists enjoying themselves at the scene of a war crime 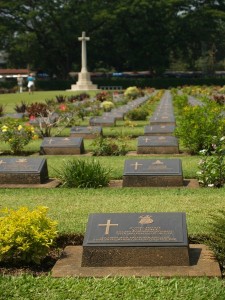 The most famous part of this railway is known as The Bridge Over the River Kwai, thanks to a poorly written movie from the 1950’s.  The movie was based on a fictional novel of the same name, and while it’s good that the book and movie made the story famous, it also poorly depicts what really happened here.  We’ve started our journey here at that bridge, and it is by far, the most touristy WWII site I have ever seen.  There are over 25 tour buses of mostly Japanese tourists, and the bridge itself is constantly full of people walking on it and taking pictures.  I am so thankful they decided to put the POW cemetery a few miles down the road, because this site is being so poorly disrespected by the way it’s being exploited.  The way people are walking around here, you would think that we are at the site of some great Japanese triumph over adversity, as if building this bridge was some kind of good deed that was done.  To me this bridge signifies evil, and to celebrate that is not right.  Remember, the Death Railway was a war crime, and some of the Japanese officers who participated in the building of this railway were convicted and sentenced to death because of their participation in it.   Yet here we are, watching tourists walk over the bridge laughing and smiling about how neat it is to see, when most have no idea what really happend here 70 years ago.

If you are coming to Kanchanburi to see some WWII history, I recommend heading to Hellfire Pass instead of the Bridge Over the River Kwai.