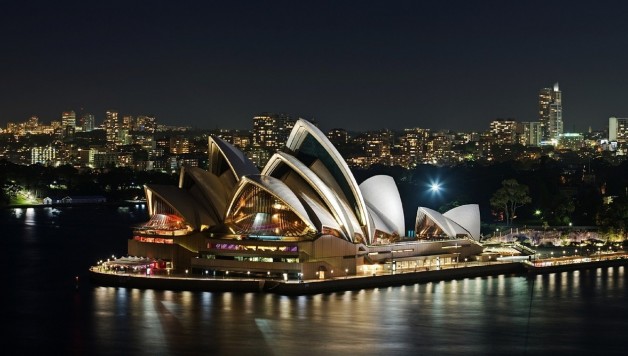 A Quick Guide to Sydney

Traveling the world can be a difficult feat. There are so many places to consider, to visit and to discover that you know you will be missing out on things. You need to know what a spot entails ahead of time, so you know if it’s worth a look and so you can maximize your experience while there. Australia is a wonderful land to explore and has many different areas worth inspecting. If you’re pondering a trip to Sydney or are looking for the next place to go, then read this quick guide.

Sydney is the capital of New South Wales and is one of Australia’s major cities. Located on the south-east coast, it features the world’s largest natural harbour and is home to over five million people. Indigenous Australians were the fist to live here thousands of years ago, with westerners arriving and building settlements in the late 18th century. The land would be used as a British penal colony, but as conditions worsened for both inmates and jailers, steps were made it improve the area. Gold was discovered here in the mid 19th century, causing the region to boom. It suffered through the Great Depression but was able to recover with new industry during the Second World War. Sydney would continue to grow and become the metropolis it is now.

There are many things to do in Sydney today, starting with it’s most famous location, the Sydney Opera House. This performing arts centre is one of the most famous buildings in the world and worth a visit to see a show, a convention or to just have a look around and marvel at the structure itself, with official tours available. It can be worth booking a trip to Sydney to coincide with an event at the Opera House so you have more to do and look forward to.

Sydney Harbour is one of the other great spots in the city to visit. It is a part of Port Jackson, which includes the waters from the city’s harbour with Middle Harbour, North Harbour and the Lane Cove and Parramatta Rivers. Sydney Harbour is next to the Opera House and is a landmark of the country, with Harbour Bridge also being a part of the image. A walk around the area can be fun but you can also go to the Australian National Maritime Museum, see the ships or get a ride on one, enter the aquarium or simply relax and enjoy your surroundings.

Sydney is home to many top restaurants for when you want a break in the afternoon or a formal meal in the evening. Tetsuya’s is well worth a look, as it is one of the finest Japanese restaurants in Australia. If you’re in the mood for Chinese, then head to Mr Wong, and est. is you location for the best French fusion food. If you’re exploring the parks, such as those in Bondi Junction, then you hardly want to stop what you’re doing and go to a café or restaurant, so maybe you could have lunch or dinner here, using local delivery services to get your meals from restaurants such as Katipo directly to you at the park, which also allows for something a bit different.

This is just a glimpse of what Sydney can offer, with Bondi Beach, Taronga Zoo, the Royal Botanic Garden, Sydney Tower and The Rocks being just a few more of the great places to go and enjoy when you’re down in Australia.