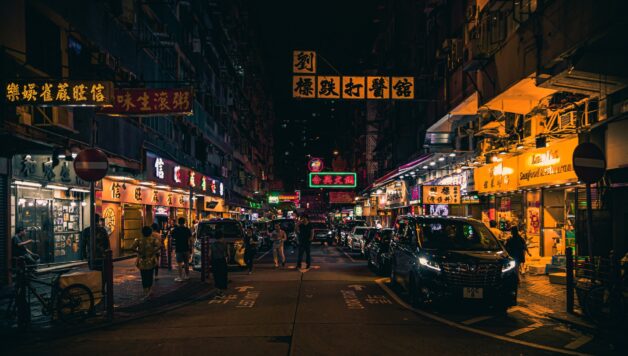 Looking For A Good Restaurant In Hong Kong? Here’s Our Recommendation

Published On November 16, 2020 | By Staff Writer | Travel Planning
Share this:

So your Cathay Pacific flight to Hong Kong just landed and you’re famished. While Hong Kong’s airport has some good places where you can get a quick bite. It’s highly recommended that you hold on until you’re in the city proper because the former British colony is a foodie paradise. Looking for a good restaurant in Hong Kong will not be a problem at all. Below are some of the best places to eat in Hong Kong.

The first Nove restaurant located on Li Yuen Street East is a favorite of locals and foreigners alike. Recently, a second branch has just opened at the legendary Fringe club. Nove takes the place of the iconic M that closed down more than ten years ago. The new location has given the restaurant’s operator Chef Umberto Bombana quite a challenge of having to live up to the Club Fringe’s signature flair. But Nove is up to it and has even created a new dish exclusive to the new branch – barbecued Iberico pork. Loyal fans of the original restaurant would be delighted to know that the new branch also serves their favorite Nove homemade prawn toast. You can enjoy these dishes while marveling at the interiors created by notable designer Albert Tang.

This restaurant has three Michelin stars. That should be enough reason for you to include it in your Hong Kong itinerary. That is if you’ll be able to get a table. The restaurant is always fully-booked. Some people even compared getting a reservation to it to winning the lottery. If you’ll be lucky enough to get a table, then you’ll realize that it’s worth the effort, especially after you’ve tried their delicious crispy pork ribs and delectable roast meats. Their dim sum is not so bad either. Then there’s a Campagne cart that goes around offering bottomless bubbly. As a bonus, you get a breathtaking view of Victoria Harbor while enjoying your meal.

If you’ve never tried Burmese cuisine then you’re definitely missing out. So if you’re visiting Hong Kong, make sure to visit Club Rangoon. Owned by Burmese restaurateur Nelson Hoo, Club Rangoon boasts of traditional Burmese favorites with modern twists. The dishes were inspired by recipes that Hoo himself enjoyed during his childhood years in what is now known as Myanmar. When you’re there, don’t forget to order the mohinga, which is Burma’s national dish. Another must-try is the beef dan bauk, which is the Burmese take on the biryani. If you’re vegetarian then you will definitely enjoy the laphet thoke, which is a salad made with fermented tea leaves. For the main dish, you should try the shan tofu nway, a dish made with chickpea tofu. Then wash it all away with the restaurant’s exclusive Club Rangoon Pale Ale.

If you want to try traditional Hong Kong food – especially dim sum – then the place to go is the historic Luk Yu Tea House. This little restaurant has seen Hong Kong change through the years because it has been around since the 1930s. The design of this tea house is as classic as you can get with its antique furniture, white tablecloths, art-deco touches, and beautiful stained-glass windows. In this place, dim sum is not just a snack. It’s a work of art that will delight your senses. First-timers may get overwhelmed over the number of choices that are all contained in those iconic bamboo containers. Some of the items in the menu that you should generally try are the char siu bao or barbecue pork buns, the fried prawns on toasts, and the har gow or shrimp dumplings. And the best part about this restaurant is that everything there is well within reach of any traveler.

If you’re in Hong Kong and you start to crave for pizza, don’t fret because there’s a nice pizzeria in the city called The Pizza Project. While this may look like your typical pizza parlor, the pizzas that they serve are a bit out of the ordinary. For example, they have the carbonara pizza with tomato sauce, pancetta, and quail eggs and the Rustica with the baked potato, pancetta, and rosemary. They also have all-vegetable pizzas for vegetarians and gluten-free options for gluten-sensitive pizza lovers. Would you like to pair your pizza with wine? Why not? They serve wine both by the glass and by the bottle. And since they close late, this is the perfect place to go to after a drinking spree with your friends.

This is probably the coolest-looking restaurant in all of Hong Kong. And that’s a tough claim to make because Hong Kong is filled with lots of cool-looking restaurants. It is a perfet space to film all of your Instagram and Facebook stories. You can thank local creative Sean Dix for the clean and almost futuristic aesthetic of the place. But what about the food, you may ask. Of course, they have different kinds of bars. They also have dishes that are meant for sharing. And all of the delicacies in Little Bao are from the creative mind and palette and Chef May Chow. Many may find the space to be cramped. And because it is a very tine restaurant, it gets filled up with diners quickly. The food here is relatively affordable, which makes it tempting to order a lot. So don’t visit if you’re dating. For sure, you’ll end up breaking that diet in no time.

If you’re feeling a little fancy and you want to have a luxurious dining experience in Hong Kong then you should consider going to TATE Dining Room & Bar. Established by renowned chef and former graphic designer Vicky Lau, TATE features what they named as “edible stories.” It’s a tasting menu inspired by the great Chilean poet Pablo Neruda. Like the ate poets odes, Chef Lau’s tasting menu features eight dishes or “chapters,” all of which serve as an ode to a particular memory. Indeed dining at TATE’s is more than just a culinary experience. It’s more akin to being a part of interactive artwork.

Photo by Aleksandar Pasaric from Pexels