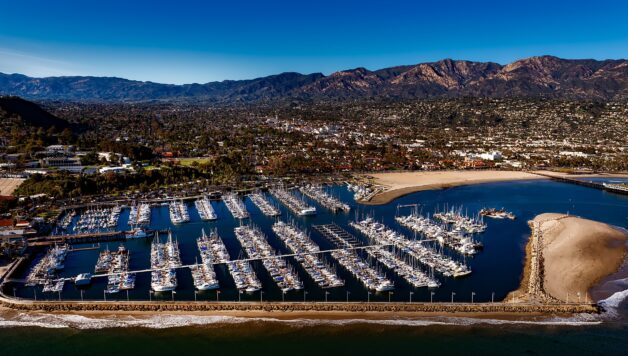 Published On December 4, 2019 | By Staff Writer | Travel Planning
Share this:

When discussing the most desirable locations to visit in California, the obvious suggestions of Los Angeles, San Diego, and San Francisco are great options. Maybe even best to get out of the way. Because the moment you discover Santa Barbara, you might never leave. Tucked between the Santa Ynez Mountains and the Pacific Ocean, this little slice of heaven is often referred to as the “American Riviera.” Whether you’re interested in sunbathing at the beach, hiking the mountains, shopping, devouring the abundance of fresh produce at a farmers market, or taking in the city’s many historic cultural landmarks — Santa Barbara offers something for everyone. Comprised of smaller cities and neighborhoods including Goleta, Carpinteria, Montecito, Summerland, and Isla Vista (home to the majority of UC Santa Barbara college students) — Royal American Tours offers charter bus services around the area to make your trip even more convenient. Because Santa Barbara is a dream from which you’ll never want to wake. Check out these five places during your next trip to paradise.

As the namesake of both the city and county of Santa Barbara, this 230-year-old Spanish mission is the original symbol of the California coastal city. Founded and consecrated by Padre Fermin Lasuen, Mission Santa Barbara, also known as “Queen of the Missions,” is a wonderful attraction for lovers of history, religion, and architecture. Today the double bell tower landmark remains an active parish church with a museum, gift shop, Franciscan Friary, and retreat house. The Mission is open from 9AM to 4:15PM daily. Price of admission is $12 for adults, $10 for seniors, and $7 for children ages 5-17. Book your tour in advance today! 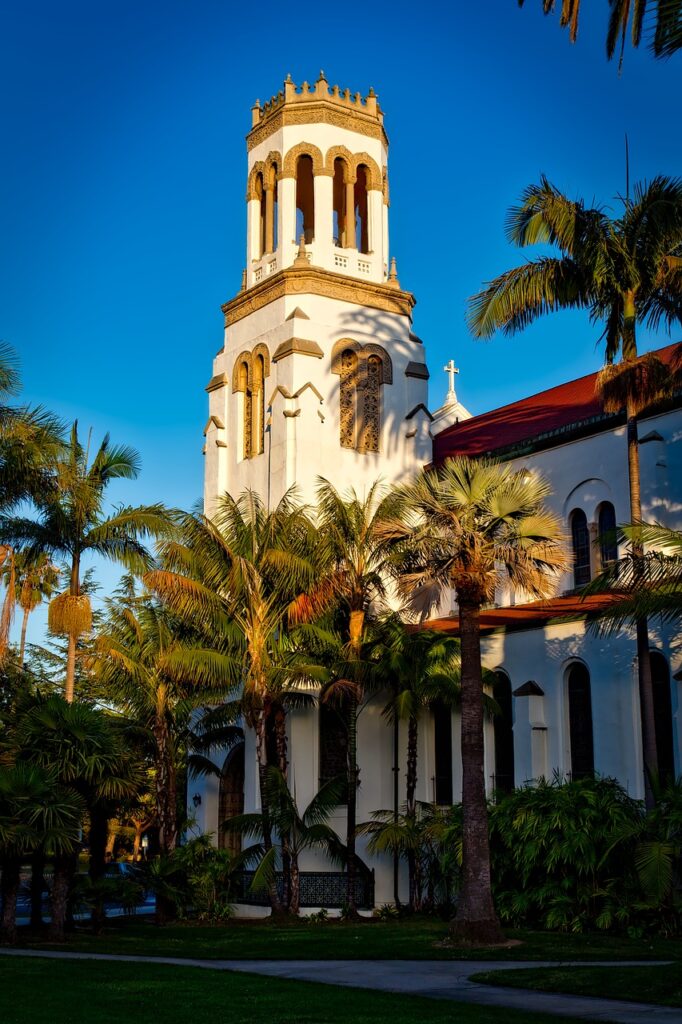 Universally regarded as one of the country’s best small zoos, the Santa Barbara Zoo packs around 600 animals from over 150 different species within its 30-acre park. Some of the zoo’s most popular animal residents include the penguins, gorillas, and a flock of native California condors. For over twenty years the zoo’s most beloved animal was Gemina the “crooked-necked giraffe.” A 12-foot-tall Baringo giraffe who developed a bend in her neck at a young age, Gemina was featured on television and served as an inspiration for children with disabilities up until her death in 2008. While Gemina is missed throughout the zoo, countless other animals live on for the daily hordes of smiling guests.

This main street through downtown Santa Barbara is lined with palm trees, shops, and restaurants. Walk or shuttle down as you take in all of the sights and stop frequently for gifts or a quick bite. Check out the Santa Barbara County Courthouse while you’re in the area. This Santa Barbara icon was named a National Historic Landmark in 2005 for its Spanish Colonial Revival architecture. Ride the elevator to the top of the courthouse’s watchtower for one of the best views in the entire city.

Built in 1872 by John Peck Stearns, this Santa Barbara landmark resides at the end of State Street. Famous for being the oldest working wharf in California, visitors enjoy walking along the waterfront, taking in the sunset over the ocean, and stopping at local restaurants and shops. Halfway down the wharf you’ll find an information kiosk with activities and businesses around the area. Dogs are allowed on the wharf, however they must be on a leash. If you’re interested in fishing, head on over to Stearns Wharf Bait and Tackle where you can pick up some bait and any other supplies. But if you’ve come prepared, you can set up shop and fish away as it’s free on the wharf. Stearns Wharf is one of the many destinations that makes Santa Barbara such a wonderful place to visit, and live if you’re lucky enough.

For over 50 years the Magic Castle has been owned and operated by the Larsen family out of its Chateau in Hollywood. That was the case at least until earlier this year when the Larsen’s opened a second, more intimate location in the Santa Barbara area. Technically located in Montecito, the Magic Castle Cabaret is similar to its Los Angeles sibling in that only members or guests of members may enter. Decorated like a fictional “Palace of Gold” where a Count and Countess would entertain magicians — the Magic Castle Cabaret is an otherworldly experience unique from beginning to end. Now start searching for a member to help you gain admittance the next time you’re in town.

Visiting Santa Barbara can be as leisurely as walking to the beach and farmers market every day. But we wanted to share with you a few activities that will get you around town and fully appreciate the vast beauty of this perfect west coast city. We hope you have the trip of a lifetime and come back again soon.