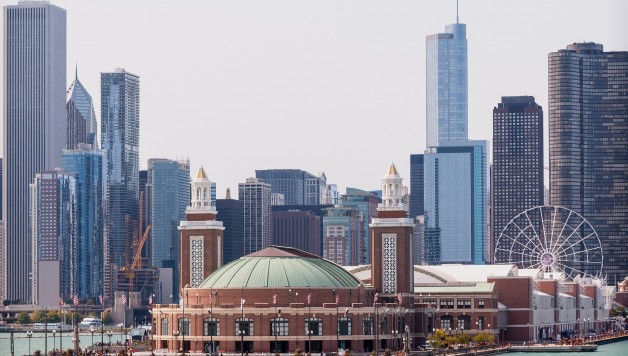 The Most Amazing Places to See in Illinois, USA

Published On September 11, 2018 | By Staff Writer | Travel Planning
Share this:

The state of Illinois can be found within the Midwestern region of the United States, and while it has a few larger cities, it is mainly full of agricultural beauty.  That diversity creates amazing spaces that everyone will want to explore in depth, as they go from one destination to the next.

Amazing Places to See in Illinois

Most large cities have an observation deck that allows visitors to see extraordinary views of the city below.  However, the one in Chicago is considered the highest one within the Western Hemisphere and it can be found one thousand three hundred fifty-three feet above the ground at the Willis Tower.  Visitors can stand on the glass ledge of this Skydeck, allowing them to not only look around them, but also below their feet all the way to the ground.

The land that was used to create this whimsical park was acquired in 1974 and it didn’t take the city long to decide to honor the infamous author L. Frank Baum during the development.  All the main characters from the Wizard of Oz can be found within the park, as artist John Kearney created metal statues of Dorothy, the Scarecrow, the Tin Man, Toto, and the Cowardly Lion.  The playground is called Dorothy’s Playlot and the open green space is known as The Emerald Gardens.

Everyone must do some shopping while they are traveling, and Chicago’s Magnificent Mile is the best place in the state.  This section of Michigan Avenue is full of high-end boutiques as well as basic stores, but visitors will also find a plethora of museums, restaurants, and entertainment venues too.

Travelers never expect to find massive green spaces in the middle of a big city, but in Chicago, everyone can enjoy the twenty-five acres of Millennium Park.  Whether a person visits during the summer or the winter, they will find plenty of things to do within this park.  The Crown Fountain is always bustling during the warmer months of the year, as everyone uses it as a splash pad to cool down.  The McCormick Tribune Ice Rink is popular during colder months, as dozens of people gather to skate on the ice.  Throughout the entire year, cultural events and festivals are held on the grounds, enticing people to venture out to have fun and meet new people.

This Presidential Library and Museum didn’t open until 2005, but it has quickly become one of the most sought-after attractions in Illinois.  Abraham Lincoln is considered to be one of the nation’s favorite presidents, and multiple shows and dioramas within the museum share important events in his life.  There are numerous temporary exhibits that are rotated regularly in the museum, so visitors will always see something new when they return.

These beautiful gardens can be found on nine islands within the Cook County Forest Preserves and the three hundred and eighty-five acres are comprised of twenty-seven gardens.  Visitors are welcome to walk through these magnificent gardens, but many choose to take one of the tram tours that are readily available.  There are many events held in the gardens each year including live musical performances, flower shows, and cooking classes.

The Cave-in-Rock is a fifty-five-foot-wide cave that can be found within the park and village that bares the same name.  An explorer discovered this cave back in 1739 and since that time, it has been used as a hideout by pirates, fugitives, and murderers, and eventually a church for the local villagers.  The cave is empty nowadays, which is perfect for those who want to step inside to imagine what it would have been like in there many years ago.

Ernest Hemingway was born in Oak Park in 1899 and today, visitors can walk through his childhood home to learn more about his younger years and see what he first wrote.  Once guests have seen the inside of the five thousand five hundred square foot home, they can go over to the museum to see the remaining exhibits and watch the documentary on Hemingway’s life.

The best time to visit the Navy Pier is during the warmer months of the year, as many of the activities that are available are either only open or best done when the air is warm, and the sun is shining.  Visitors will have fun as they ride to the top of the Ferris wheel, watch a performance of a Shakespearean play at the Chicago Shakespeare Theater, and wander through the tropical wonders of the Crystal Gardens.

Not too many Indian settlements have been carefully preserved over the years, which is why visitors love seeing the Cahokia Mounds.  Indians lived in this area between the years 700 and 1400 and there are now one hundred and twenty mounds for people to see.  The largest is Monks Mound, which stands at one hundred feet high.  In addition to the mounds, guests will see artifacts and numerous dioramas, including one of a life-size village.

Anyone that lives outside of the United States will need to have a valid passport for their dates of travel and they will need to apply for a visa.  International travelers can now apply for a visa using ESTA online and will receive approval prior to their departure date.

Here are the guidelines that international travelers need to be aware of:

The entire process is simple and will allow international travelers to easily enter the United States upon arrival, so that they can start enjoying their vacation in Illinois immediately.  Everyone will love spending time in Illinois, as there are so many fabulous things to do and see.  Visitors just need to make sure that they have their itinerary carefully planned out or they will not have time to do everything that they want to.