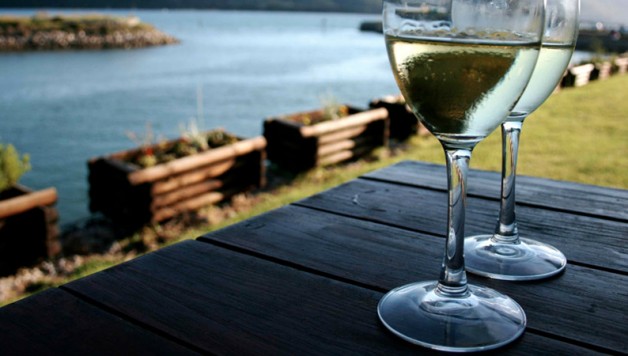 Where in South Africa Can You Wine and Dine?

South Africa is one of the world’s great wine producing regions. In fact, there’s little it hasn’t got. White sandy beaches, parks full of rare wildlife, beautiful scenery… the list goes on for as long as you’d like.

But, if it’s fine food and wines that you’re seeking, the Cape Winelands are the place to be. Here are some ideas about the best wineries and vineyards to visit during your stay in this gorgeous part of the planet.

Constantia Valley is one of Cape Town’s rural suburbs – a wine-growing valley, just minutes from the centre of the city. The area is the oldest wine-making region not just in South Africa, but in the whole southern hemisphere, which dates all the way back to 1685.

There are now nine separate wine farms in the valley: the unique granite soil terroir and climate here produces wines that win plenty of accolades. Stop by Klein Constantia, a winery first made famous in the 1800s for its sticky Vin de Constance (drank by Jane Austen and Charles Dickens) and a location regularly named as among the world’s most beautiful. The vineyard’s dessert wine is now produced alongside some award-winning dry whites such as Sauvignon Blanc and a highly celebrated Cabernet Sauvignon.

For many, Stellenbosch is the wine region of South Africa. It’s certainly home to the country’s leading producers and the scenery helps its popularity, too. The pretty university town – just a short drive from Cape Town – is fringed by vineyards, mountains and a well-marked wine route for visitors to follow. The geology of the area is complex, but overall, the eastern granite-based soils are suited to the production of fine reds, whereas the sandstone soils in the west are best for whites.

The Delaire Graff Estate is magnificent both in its luxury and in the quality of its wines. As well as the winery itself, there are two fantastic restaurants, boutiques, a spa and lodge, all nestled between the mountains and overlooking the vines. Their Coastal Cuvee Sauvignon Blanc is richly fruity and bursts with blackcurrant, gooseberry and nettle and the stunning restaurant is the perfect setting for sampling it.

Paarl is another well-known wine region to the north-west of Cape Town, playing home to several leading producers, including Veenwouden, Nederburg, Fairview, Glen Carlou and Plaisir de Merle. The climate is warmer here than in Stellenbosch, with a feel of the Mediterranean about it, so as well as whites (the best coming from the higher elevations), reds are becoming more widely produced here.

Fairview Estate is one of the most popular wineries to visit. The floral and oaky Viognier is a lovely choice, as is the unusual, medium-bodied Mourvèdre. Be sure to try the estate’s cheese along with some wine samples in the tasting room’s pods!

If you’re keen to find the bleeding edge of South African wine production, head to the cooler climes of Walker Bay. Situated on the Whale Coast to the south of Cape Town, this little wine-producing region is one which is just coming into its own. There are currently just a few producers here but the area’s Chardonnay, Pinot Noir and ubiquitous Sauvignon Blanc are already winning praise.

The Bouchard Finlayson winery produces all of the above, although its flagship wine is the Galpin Peak Pinot Noir. Pop in for a tasting during the week, and then take a guided or self-guided nature walk through the typically South African fynbos vegetation surrounding the wines.