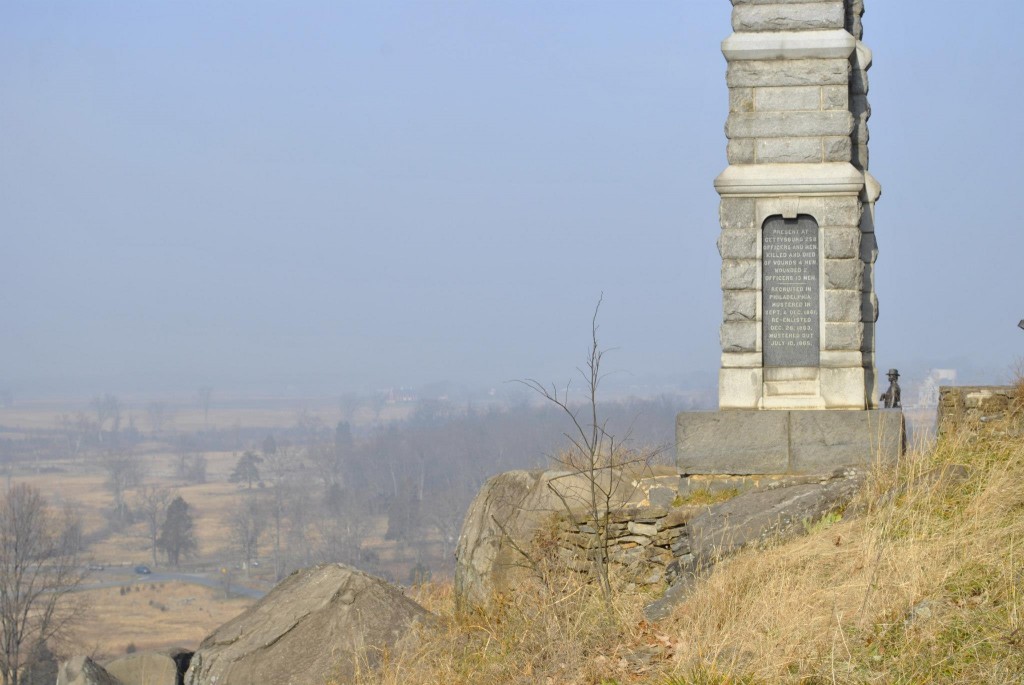 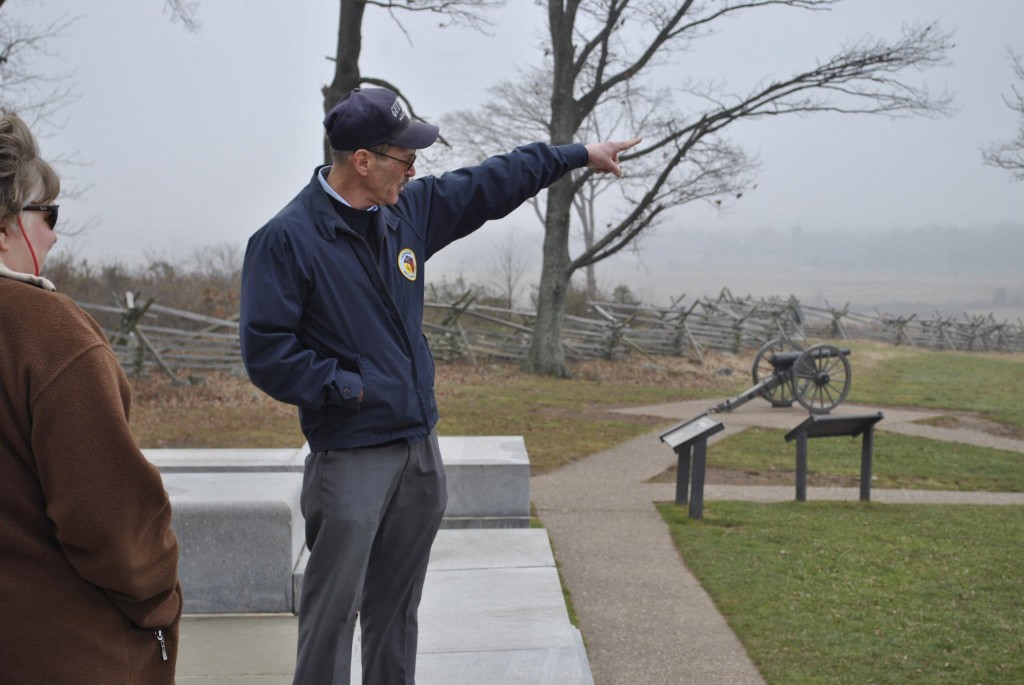 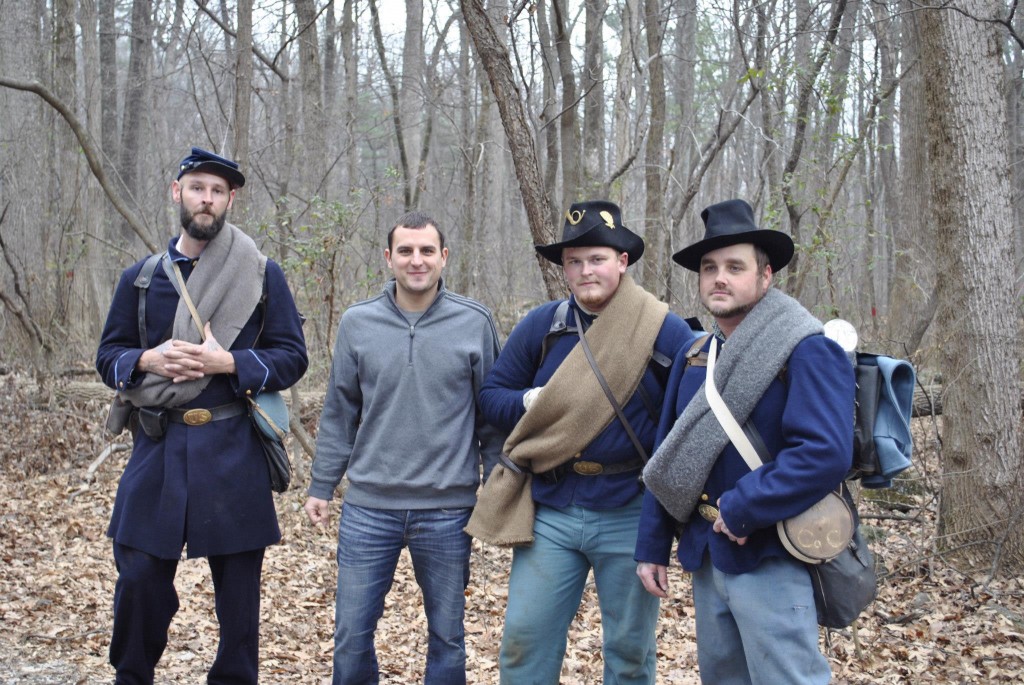 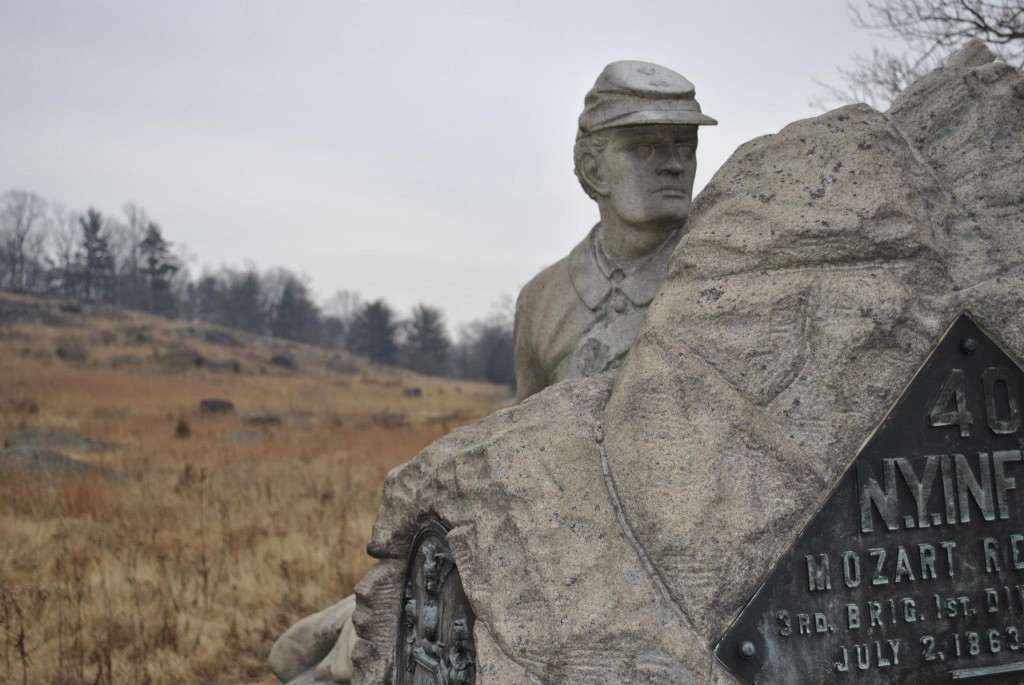 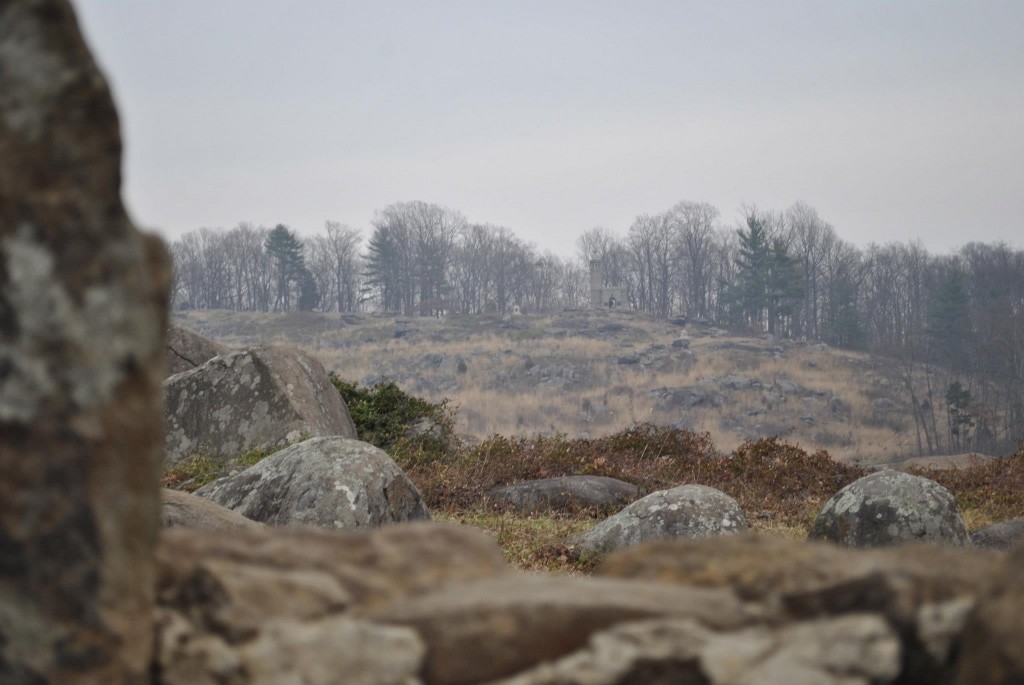 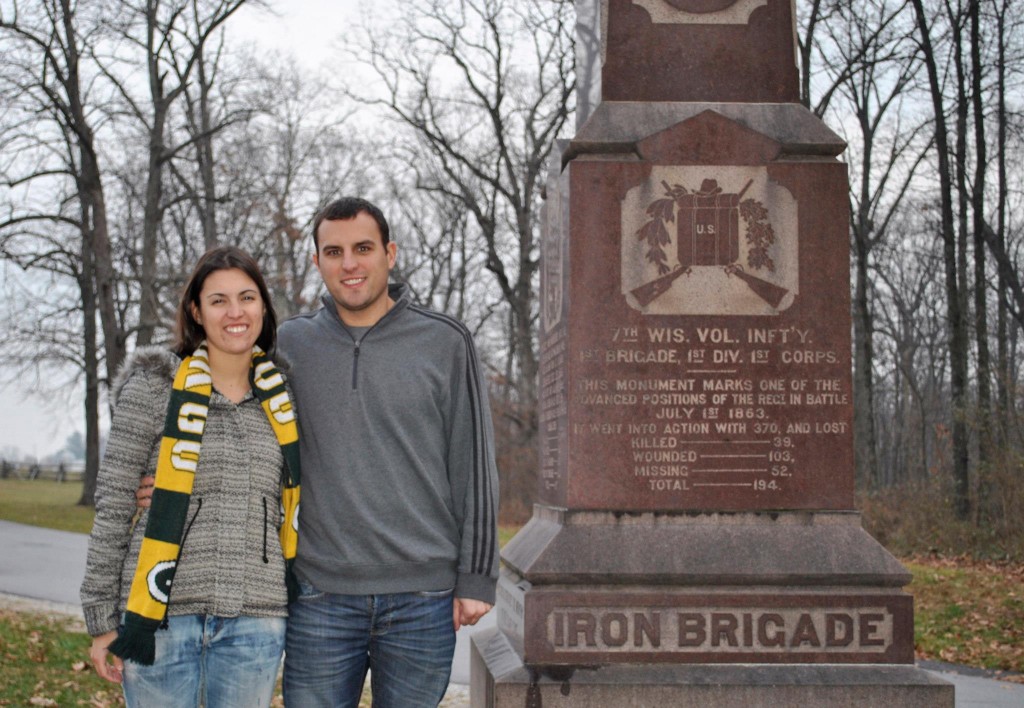 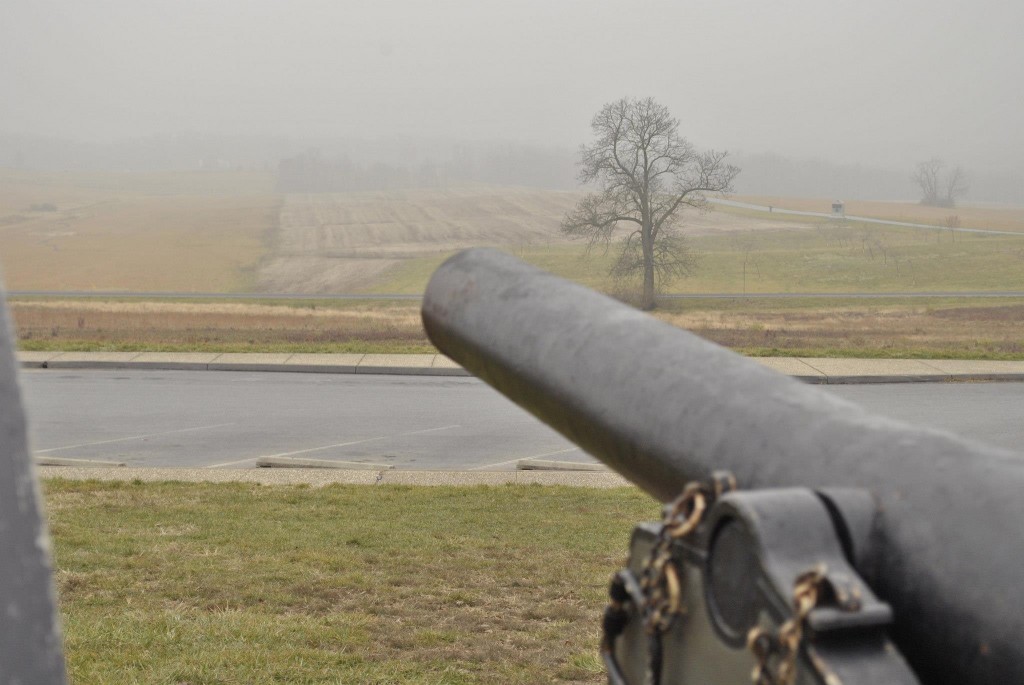 The weather during the Battle of Gettysburg in 1863 was hot and humid with clear skies.  When we arrived this morning it was foggy and cold.  Yes, it would have been nice to have a perfect day, and see the battlefield in the condition it was 150 years ago, but this fogginess adds such an emotional element to our visit.  The fog creates it’s own memorial of the battlefield and makes our visit much more somber. 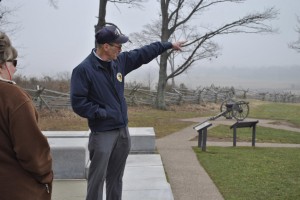 We decided to hire our own personal tour guide.  Gettysburg has independent historians that they hire out for about $60 a day.  They drive your car around the site and talk you through the entire three-day battle.  I highly recommend doing this to start any day at Gettysburg.  The tour lasts about two hours and still leaves plenty of time afterwards to visit the museum and explore the battlefield on your own. 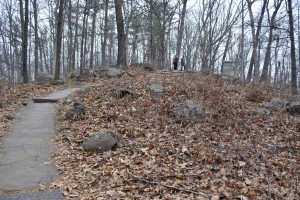 Gettysburg is considered to be one of the most preserved battlefields in the world.  There are historical markers everywhere that show the exact spot of regiment locations.  The markers were placed there by veterans only a few years after the battle.  It’s one thing to hear about a battle and see a general area of where it occurred  but it’s a whole different experience to be standing EXACTLY where it happend.  A good example of this is when we stopped by Little Round Top and saw the location of Joshua Chamberlain’s famous charge with the 20th Maine.  I’ve read about this part of the battle many times, but to see the actual location was really amazing, and seeing the memorial that the veterans of the 20th Maine erected on the spot was very cool as well. 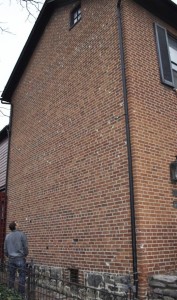 The Town of Gettysburg

Another highlight of the day was touring the town of Gettysburg.  There are historical markers placed on any building that was there in 1863, and it is amazing how many are still there.  One particular building (pictured to the left) still has bullet holes on it from when the Confederates chased the Union soldiers through the town on the first day of the battle.   The train station where President Lincoln arrived at as well as the hotel he stayed the day of the Gettysburg Address are also still standing and can be toured. 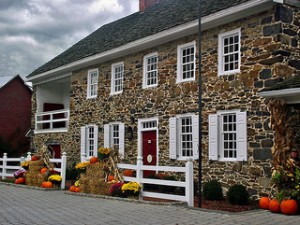 There are also a lot of great, locally owned shops and restaurants scattered throughout the town.  I think I saw a KFC, but besides that, there are not many corporate businesses in town.  We ate at the historic Dobbin House Tavern, a restaurant that has been around since 1776, almost 100 years before the battle!  It’s a great place to grab lunch in between a battlefield tour and a visit to the cemetery. 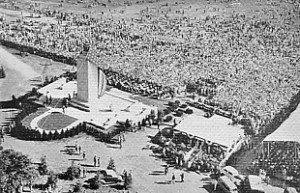 It was very cool visiting the Eternal Peace Light Memorial right away in the morning when the fog was still very strong.  This memorial was dedicated by FDR in 1938 on the 75th anniversary of the battle.  Over 250,000 people showed up to dedicate this memorial, including many veterans, the oldest of them was 112 at the time!  The video below shows highlights from that historic day, and it is very moving to see men in their 90’s and older revisiting the battlefield that took the lives of so many of their fellow soldiers.  Here is what the memorial looks like today.