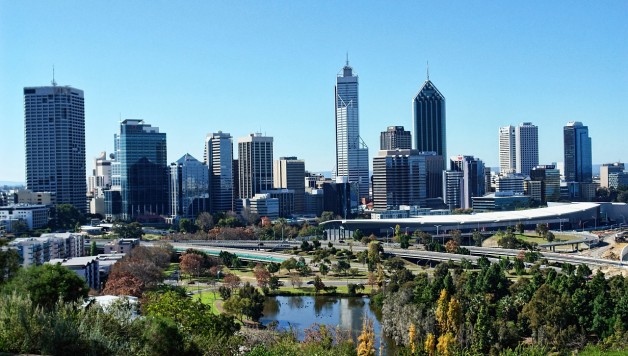 Stay in Perth or Fremantle: How to Decide

If you are traveling to Western Australia, chances are you are landing and staying in Perth. Not only is Perth the capital of the state, it is also where the domestic and international airport lies. Half an hour away from the Perth is Fremantle, or Freo, another city by the mouth of the Swan River.

A common question among travelers who are not familiar with the area is whether they should stay in Perth or Fremantle. Both cities have their own charms and there is no wrong choice. There are a little difference that could sway you, however, depending on what is on your priority list. Let’s explore both cities in detail.

Perth is quote a laid back city and people are very relaxed thanks to a small population of two million and a generally great weather all-year round. The city has a number of worthy parks and gardens that is ideal for the family to have a picnic. These parks also have pathways that are great for a walkers and cyclists alike. These parks are most likely situated around the Swan River, so there is an added bonus of a view of the water.

Speaking of the Swan River, it has become a tourist spot itself thanks to the many travel companies offering river cruises. The view of the Perth skyline while cruising down Swan River’s calm waters is definitely a nice way to explore the city.

Perth is a dense metropolitan, which means a lot of main attractions are not far apart and you can save time and energy traveling between places. Not to mention that Perth is quite an accessible city in the first place; it boasts a free transport zone that lets you ride buses within an area in the city.

If you like nightlife, the inner city suburb of Northbridge houses James Street and Lake Street that go alive at night. This area offers a wide array of unique cuisines, too, from Asian to Mediterranean origins.

A thirty-minute drive from Perth is its port city, Fremantle. Because of their close locations, Perth and Fremantle share a lot of attributes including the weather. Between the two, however, Fremantle contains more historical significance and have the sites to prove it. The only World Heritage Site in Western Australia, Fremantle Prison, is found here. There are also the WA Maritime Museum, Round House, the Fishing Boat Harbour, and the Fremantle Markets, to name a few.

Similar to Perth, Fremantle is an accessible city and most of the main attractions in the city can be reached by foot! If you want to include a bit of exercise in your travel, Fremantle can be the ideal place for you.

Situated by the Indian Ocean, Fremantle has a few picturesque beaches that are worth visiting and spending a lazy afternoon in. You can watch boats come in and out the harbour, spend time on the boardwalk, or take a dip in the ocean.

Fremantle may also offer a more affordable place to stay, considering that Perth is the capital. But of course, it still depends on the amenities you are looking for in a hotel. If you’re looking for accommodation with a beach view, then consider Be Fremantle Accommodation as your ideal location.

Both cities are both great travel destinations and warrant a visit. If you choose to stay in Perth, it is still very easy to travel to Fremantle for a day trip and enjoy both cities, and vice versa. There is also an option to take a river cruise down Swan River to get to Fremantle! When it comes down to it, it still depends on your travel priorities on where to stay.