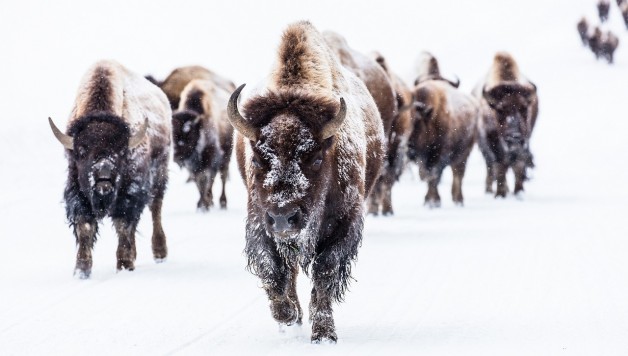 From the outside looking in, the United States can seem like a crazy and unpredictable place. Upon visiting several places from coast to coast, the reason for this seemingly bipolar national character starts to make sense: America is a big place with many different regions, all of which approach life a little differently from each other.

To truly get a sense of what makes the United States the way it is, one ought to visit the following six iconic American destinations at least once. When combined, they represent a reliable cross-section of the country’s widely varying culture and provide context for better understanding the American identity.

Our journey begins out west, in Hollywood, where the world’s dreams come true, if only on a soundstage. Tinseltown, along with West Hollywood located next door, is the capital of American pop culture. Whether it’s the action on the big screen, the hits on the radio, or the laughs of television, it likely saw its origins in Hollywood and the surrounding area. As the birthplace of so many iconically American things, there is no way to appreciate the U.S. without stopping by Hollywood first.

The natural beauty and breathtaking landscapes of Yellowstone represent a national treasure. There you will find true Americans: American bison, American bears, American wolves, American elk, etc. The reason visiting Yellowstone helps one to understand America better is because it shows what the U.S. can accomplish when it manages to fire on all cylinders, if only briefly. To turn thousands of square miles of lush land into a national monument which cannot be impeded upon by industry or settlements was a concept far ahead of its time, one which has since been adopted worldwide.

Similar to Yellowstone, Texas is a bit of its own entity, isolated from the rest of the country. Instead of containing nothing but untouched wilderness, however, Texas is home to a unique streak of self-reliance and panache found nowhere else across the USA. It’s hard to explain, but you’ll know it when you see it. In many ways, Texas could almost be its own country (in fact it was from 1836 to 1845!) due to the way in which its citizens so often consider themselves Texas above all else. It provides a window into the way Americans take pride in what distinguishes one region from another.

So, why Nashville, of all places? Well, if you want to get a taste of what some like to call the Hollywood of the American South, then Nashville is the place to be. It’s the bedrock of the country music scene, which if you didn’t know, is kind of a big thing to millions of Americans. While considering it a beacon for the more conservative-leaning threads of Americans out there is a bit of a generalization, it’s safe to say those wishing to experience “flyover” country will get a good summary of it by stopping in Nashville for several days.

It was a sleepy town 150 years ago and it remains so to this day. What makes Gettysburg worth visiting for those wishing to better understand the United States is that it’s by far the most significant site of American history. Remember, when compared to the history of other nations, the U.S.’s is very short. The American Civil War tested the country in a way no conflict has since, and the Battle of Gettysburg determined its fate. Had it gone the other way, this article might be about how to understand the U.S. and her neighbor, the Confederate States of America.

We end on the east coast, in the city that never sleeps, New York, New York. Once again we find ourselves in a capital of culture, only instead of popular American culture, NYC is more renowned for its refined, high-brow contributions to the arts and media of the U.S. Whether it’s the shows of Broadway and Off-Broadway or the works found in the city’s countless galleries, New York is an eternal showcase of American sophistication. Even the subway stops of New York City are worth checking out.

So there you have it. If someone is fortunate enough to visit all of the above in one lifetime, it’s safe to say they have a good grasp on what it means to be American.