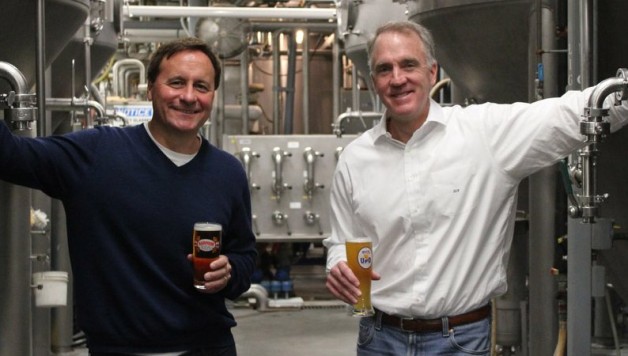 Boston is a city rich with culture and history. A great bulk of that history includes Bean Town’s beer brewing distilleries, each one producing beers that are unique and expertly crafted. And, lucky for the traveller who wishes to sample those brews, there are plenty of convenient options that will allow for frequent sampling of all the award-winning brews you could wish.

Boston Harbour is famous for a certain Tea Party incident the Americans won’t let us forget about, but it’s also the major geographical feature of the city. The rest of Bean Town (the nickname comes from the tasty baked bean dish you should try eating while you sip a lager) is organised into neighbourhoods on the surrounding hills. It’s a good city for walking, but it’s also one of the best in the USA for public transit. Unlike some of the cities in the American West, you’ll find it easy to use the underground (called the “T”) and bus system. You can book a short trip to Boston with Expedia here.

The state of Massachusetts has more than 80 breweries, and a good portion of those are in Boston and the surrounding communities. If you’re hoping to visit one brewery at a time, it’s easy to visit them for a tour.

The most famous Boston-brewed beer is Samuel “Sam” Adams. Though it started out in the 1980s as a microbrewery, it’s now one of the two largest American-owned beer makers. Sam Adams is most famous for its Boston lager, but its wheat beers, stouts and ales are also worth a taste.

Sam Adams does hour-long brewery tours every day except Sunday from their location on Germania Street in Boston; the tour is free, but the brewery asks you to make a $2 donation that will later go to a local charity.

Another brewery worth mentioning in Boston itself is Harpoon Brewery. Located in the Seaport District, this brewery offers one-hour tours daily for $5. Harpoon is most famous for its New England-style India pale ale. Described as hoppy yet balanced, this IPA is a favourite of the customers who congregate in the brewery’s beer hall.

If you aren’t interested in the process as much as the product, perhaps you’d rather see the city’s famous brew pubs rather than the breweries themselves. The city has a long pub-going culture that’s sometimes said to be more European than American, and it’s easy to find a spot that feels like home. Many of the brew pubs, while serving American beers, are vaguely Irish-themed.

A few of the more popular brew pubs are Boston Beer Works, with a location each at Fenway Park and in the North End; Sunset Grill in Allston; and Publick House in Brookline. Of these, Publick House has the largest collection of foreign and American beers.

Short on time or long on thirst? If visiting the breweries and brew pubs listed above — or the dozens of other ones in the nearby communities — one by one sounds like it would take more time than you have holiday, there’s a more efficient way to get your Boston beer visits done: take a tour. Ask at your hotel to see if they can help you with any special offers on a tour that will bring you back and forth from your hotel and to the breweries and pubs in between.

Popular options for these tours will take you to various Boston brewpubs, through the workings of a brewery or two, and give you a feel for the best local foods will go well with the region’s beers.

If you’re traveling to Boston during a summer weekend, a fun way to try the city’s beer and see the sights is to book on to a “booze cruise.” Usually themed with different kinds of music each night, these cruises let you see the city lights from the water and promise a good crowd of fellow party-cruisers.

One last, but very important, note for travellers wishing to partake in a beer-fuelled visit to Boston: the legal drinking age in the United States is 21 years old. Expect to be asked for your identification before going into a brewery and upon being served alcohol of any kind. Any kind of government-issued picture ID might work; to be on the safe side bring your passport with you to make sure you will be served a drink.