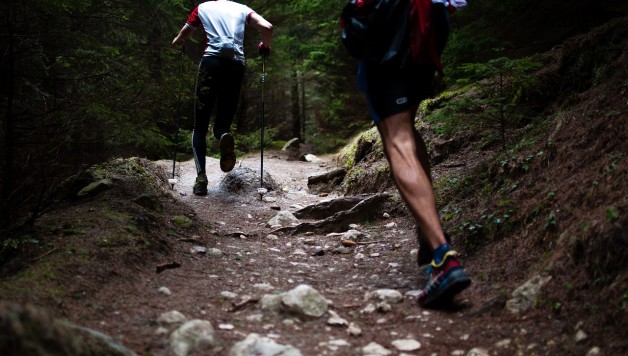 Five Best Running Trails in the US

The United States has continuously earned its place as a prime destination for tourists and hobbyists of every kind. For those who are more physically active, one of the events gaining traction among the public is running. May it be the challenge of running against beaten forest and mountainside trails to the comfort and consistency of urban trails, these five locations are among the best running spots in the US.

What used to be a railway corridor running around the center of Atlanta, Georgia has grown into what is now one of the largest, widest urban redevelopment programs in all of the United States. A vision to create a vast network of public recreational centers, multi-use trails and transport, the 22-mile project aims to connect public places and neighborhoods to each other.

For trail runners, there are five official open trails – The Westside Trail, West End Trail, Eastside Trail, Northside Trail, and the Southwest Connector Spur Trail. These are paved multi-use trails ideal for running, biking, or plain old strolling. The first to be finished and opened to the public, the Eastside Trail runs 3 miles from Midtown to Reynoldstown. Also along the trail are access points to well-renowned parks such as Piedmont Park, Historic Fourth Ward Park and the Freedom Park trail. Also, parking is available on the north side of the trail, at the Piedmont Park and beside Park Tavern.

On the opposite side of the beltline is the Westside Trail, another amenity both runners and bikers can enjoy for absolutely free. Its 3 miles of corridors link Lena Street and Washington Park to University Avenue and Adair Park, most of which enjoys the cool covers of trees from the Trees Atlanta’s Arboretum. Also, it connects and overlaps with another trail in the beltline – the West End Trail. This next option for runners to check stretches 2.4 miles long from Westview Cemetery to White Street. Taking this trail offers access to several Atlanta neighborhoods – Westview, Mozley Park, and the historic West End which is known for its landmark homes and museums featuring African – American heritage. Also, from its overlapping sections with the Westside Trail are retail stores and restaurants for your well-deserved rest and recreation after a good run.

For beginner runners looking for a good trail – breathtaking views, light traffic, gentle ascents – the Waterworks Hill in Missoula, Montana might be a good place to start. The 3.5-mile spreads out its 708- feet elevation, making hikes and even trail runs easy. The main trail starts near the parking lot of the Orange Street. While the trail is narrow, it still makes for a great singles trail running, with an abundance of wildflowers marking the trail during summertime.  After traversing the smooth ascent, take a breath of fresh air and indulge in the serene views of the town of Missoula as well as the surrounding towns.

The Red River Gorge in Kentucky offers more than 30 trails ready to cater to runners of all skill levels.  One of the best choices will always be the Rock Bridge Loop. This particular trail is quite short, being only one and a half mile long and only partially paved with the rest of the trail being dirt tracks. Despite that, the views you will pass through will certainly make the experience worthwhile.  Sitting in the Clifty Wilderness, less tourists and runners use this trail as compared to the Natural Bridge State Resort Park a few miles away. A little less than halfway through the trail, prepare to meet the Creation Fall – a small picturesque waterfall. Around three- fourths of the trail, you will find yourself standing underneath Rock Bridge. It is what it is, a naturally formed rock bridge arching above a flowing creek.

Another trail visitors of the Red River Gorge frequent is the Buck Trail. While the trail itself is only 1.5 miles long, getting to it will require you to pass through other trails first. Trailheads going to the Buck may either start at the Pinch-Em Tight Trail or the Koomer Ridge. Be warned: you’ll have to traverse either trail for over a mile before finding the connecting lanes toward the Buck Trail. Get ready to face a 400-foot descent where a serene valley divided by the Chimney Top Creek awaits. Also, the length of the Buck is filled with trees entirely green from foliage and moss. After taking the otherworldly scenery, prepare to climb another 400 feet back to where you came from.

This particular trail runs through the Lake Tahoe – a large, crystal – blue freshwater lake at the base of the Sierra Nevada Mountains, straddling between the states of California and Nevada. Known to the locals as the “Rim Trail,” the Tahoe Rim Trail is home to a couple of annual endurance runs inviting both competitive and leisure runners from all over the world. The Tahoe Rim Trail 100 Mile Endurance Run, often held in July, crosses alpine sections on high elevation portions of the trail to sub-alpine forest trails and even dirt tracks on the Carson Spur of the Sierra Nevada. This event starts and ends at the Spooner Lake State Park, located at 7,000 feet above sea level.

Of course, running the trail is also available and open even on off seasons. The trail, passing through the alpine lakes and sections of the mountain, to the forest sections, meadows, and even areas filled with giant granite boulders, offers a comforting sight which lessens the difficulty of traversing the Rim Trail with its varying terrains.

The Awa’apuhi Trail is located within the Koke’e State Park in the Northwestern part of the island and is one of the best things to do in Kauai. Not for the faint of heart, this trail includes sheer drop offs and epic cliff views of the island’s Na Pali coast. This is a coastline run about 4,000 feet above the ocean scenery. Aside from the high and steep drop, the elevation throughout the trail also varies from 4,100 feet to 2,500 feet over the course of a little more than 3 miles of forest and rocky paths. Also, you’ll have to climb your way back to the trailhead.

The common trailhead starts at the large parking space with a sign in Koke’e Park. It is located before the Kalalau lookout – a famous vantage point for sightseers and photographers looking for a panoramic view of the cliffs and the ocean beyond.

Image by Free-Photos from Pixabay