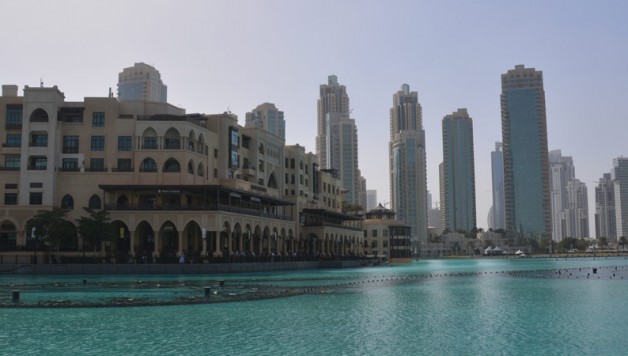 A Weekend in Dubai: Four Neighborhoods to Consider

While many tourists  in Dubai will find themselves based in lavish beach resorts adjacent to massive malls, if you’re dreaming of romantic Arabian nights and bartering in bazaars over silks and spice the experience does still exist in Dubai and is just a taxi ride away.

Emirates will take you Dubai in luxury and have in tip top shape to hit the beach, mall or market. Here are four diverse neighbourhoods to hit if you are planning to spend a weekend in Dubai.

Jumeirah is built over an ocean-front promenade called ´The Walk´ which is lined with glitzy stores, chic restaurants, trendy cafés and lavish hotels.   The world-famous hotels Burj-al-Arab and Jumeirah Beach Hotel are located here, making it a decadent spot to laze away on the beach or to base yourself for sunset cocktails over the water and daytime excursions in the bustle of Dubai.  It´s also close to massive malls (one containing an indoor ski slope).

Deira used to be Dubai´s most important district and remains traditional and charming with plenty of 5-star hotels still located here.  One of the most colourful and  deliciously experiences in all Dubai is the atmospheric Spice Souks which is here and smells of what they sell- fresh herbs, fragrances and spices such as frankincense and shisha. They sit alongside the glassy creek waters where dozens of abras, traditional boats, await to take you around Dubai Creek and through the city.

Across the creek from Deira is Bur Dubai, the city’s oldest neighborhood and  home to several mosques including the statuesque Grand Mosque and the beautiful blue tiled Iranian Mosque.

While in Bur Dubai you can bargain in a bazaar such as the famous Meena with everything on offer from traditional stuff like dried fruits,  Arabic glassware and Indian textiles to  discount perfumes and fake designer watches and bags.

You can also wander the streets of the Bastakiya quarter lined with traditional Arabic courtyard houses with wind towers. The Dubai Museum and Heritage and Diving Village is also here and displays images and items showing the city’s early history. Check out Dubai conversion from sand to skyscrapers before you head upwards and for a birds-eye view.

Downtown Dubai is home to the Burj Khalifa, the highest building where you can dine in the world´s highest restaurant, At.mosphere. This modern area is a mixture of residential apartment towers, office blocks and hotels.  It´s a very trendy area for nightclubs and the hippest of expats gather here.