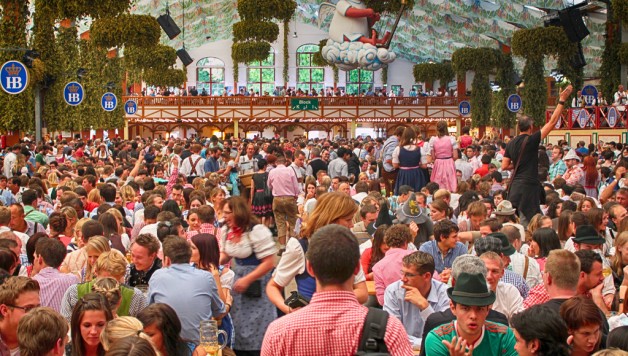 What to see in Munich

The city of Munich in Bavaria is the third biggest city in Germany, according to population size. The city attracts millions of visitors each year, who come to experience the city’s rich culture and architecture as well as more obvious events such as the Oktoberfest beer celebration which takes place, surprisingly, every October (though it often starts in September).

So what are some of the most interesting things to see and do in this German city? Here are just a few suggestions.

Oktoberfest makes it onto the European itinerary of most travellers at some point. Each year, more than five million litres of beer are consumed, along with 100 spit-roast oxen and 200,000 pairs of sausages. It’s the world’s largest folk fair and goes on for 16 days. It’s certainly an experience, but if you happen to be in Munich at another time of year, there are always the beer gardens where you can sample almost any beer you can think of.

Marienplatz is found in the heart of the city and it’s where the Neues Rathaus is located. This is also where all major public transport links meet and you can watch entertainers in the square, or sit and eat at one of the many restaurants there. There’s a pedestrian zone at one end of the square and to the south, you will find the Viktualienmarkt.

Munich is the home of Bundesliga 2014-15 champions, Bayern Munich, and everywhere in the city you’ll find the red and white team merchandise. Ideally, you’ll be able to go and watch one of the team’s home games in person, and you can stay on track of the best value in Bundesliga betting by reading the latest team news at bet365. If you don’t get tickets for a match, it’s still worth booking a stadium tour of the amazing Allianz Arena.

Two million fans visit the stadium each year, and home games are always a sell-out in the 71,000 seater stadium. On Level 3 there’s a great exhibition of trophies, boots and shirts worn by different players over the years and you can walk through an entertaining and interactive history of the club. This spectacular stadium is Bayern Munich’s third home in its Bundesliga history and is an awesome sight, especially at night. 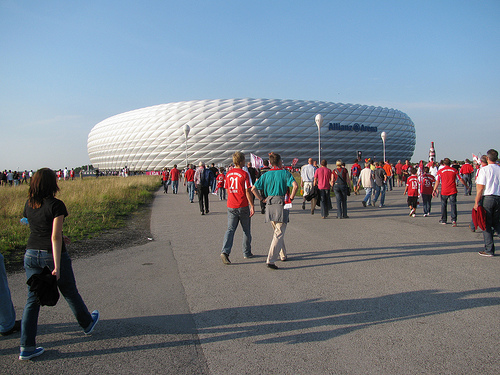 For a different change of pace, head to the Neuschwanstein castle – Ludwig II’s most ambitious architectural project. Seeing the castle, you’ll feel transported to a fairy-tale world and it’s definitely worth the day trip from Munich to go and see this beautiful knight’s castle.

Another architectural wonder in Munich is the Olympiapark – which was ready in time for the 1972 Olympics. There are landscaped hills, an artificial lake, and multiple sports facilities. Most remarkable of all is the transparent tensile roof that was designed by Frei Otto. It stretches over part of the stadium, the pool and the hall like a tent, and is viewed as a masterpiece of modern architecture.

Of course, there is plenty more to see and do in Munich, but these few examples illustrate just why so many people flock to visit the Bavarian city every year.