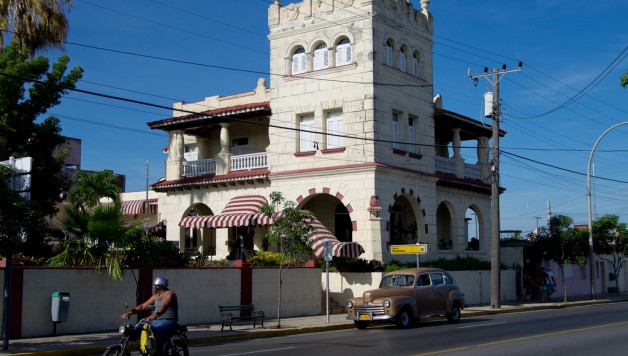 What Does Renewed Good Relations with the US Mean for Tourism in Cuba?

When Fidel Castro took power in Cuba in 1959, dozens of flights connected the airports of Miami and Havana on a daily basis, and the luxury hotels and glittery nightclubs of the Cuban capital were as common a destination for middle-class Americans as the casinos of Las Vegas are today. The U.S. embargo on trade with Cuba, imposed in 1960, put an abrupt end to all that, creating an anomaly that has long defied geography, and the increase in global travel among citizens from all walks of life. Even as American travelers have grown increasingly familiar with distant locations in Europe, China, India and almost anywhere else you can think of, they have been legally banned from visiting the largest island in the Caribbean, despite it being a mere 90 miles from Key West. The resumption of diplomatic relations between Cuba and the US this year, however, indicated it’s now a matter of when the restrictions are lifted, and no longer a question of if they will be. For so long now Cuba has been the forbidden fruit of travel, with its heady combination of rum, music, cigars, and the heritage of Hemingway sparking all the more wanderlust for being just out of reach.

What Effect Will This Have?

While Cuba has been out of reach as a holiday destination for Americans, there’s a dedicated group of visitors from other nations, including the UK, who see it as an exotic tropical paradise that could be overwhelmed by a deluge of US tourists, fearing that its time-warped character will change and McDonald’s and Starbucks will pop up on every corner. Though understandable, this fear seems unfounded. Over the past year there have been roughly half a million American visitors to Cuba, either Cuban-Americans visiting family, or those skirting the travel ban by reaching the country through Mexico or Jamaica. While the lifting of travel restrictions will increase the number of US visitors, chances are that the island’s creaking infrastructure, less than five-star hotels, and take-it-or-leave-it approach to customer service will not chime with many Americans’ concept of a desirable holiday destination. In reality it’s likely that the initial fascination of those who see visiting the Island as a blow for freedom, will quickly give way to reality and in the long term, Cuba will take its rightful place among the Caribbean islands that tourists from all areas will enjoy visiting for its honest charm, rather than some sort of American gentrification.