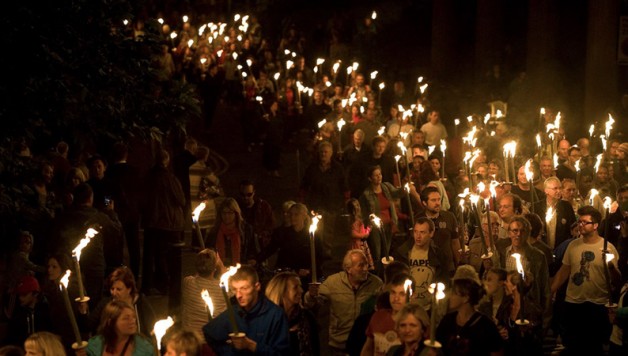 Five Things to Do Around Hull

As you investigate the modern and medieval wonders of Kingston Upon Hull or just Hull, you’ll find four elements run strong:  religion, wool, the sea and transportation. It was founded in the late 12th century by monks from the Meaux Abbey who needed a port for their wool exports and chose a junction between the Hull River and Humber River. By 1299 Hull had grown into a major market town, a military station, fishing and whaling hub and an industrial centre.

Picked to be the UK’s culture capital in 2017, Hull is a great getaway that mixes history, culture and the outdoor activities. Meander the medieval Old Town and Museum Quarter, dine around the Hull Marina or discover hidden galleries, rambling gardens and picturesque picnic spots. Stay at the Holiday Inn Marina to enjoy the best of Hull. Here are five must-dos while you are there.

Holy Trinity Church is the largest parish church in England and possible England’s best example of ecclesiastical medieval architecture. The oldest parts date back to the 13th C and its tower is nearly 46 metres high (150ft) containing 15 bells. Local volunteers are happy to give you a guide and there is also a newly opened café for afternoon tea.

On the outskirts of Hull you’ll find the Humber Bridge which was once the world’s longest single span suspension bridge (being knocked off the list by the Sydney Harbour Bridge). More than 100,000 vehicles use the bridge each week but it’s also great for walking, enjoying the viewing and finding picnic areas. Safety barriers make it safe for kids and parking is free nearby.

3. Mull Around the Marina

The Hull Marina is one of the best parts of Hull to eat or stay, blending its old and modern history with easy access to everything. It opened in 1983 in an area which was previously the railway and Humber docks. Today it’s the main mooring for private yachts and pleasure craft in the region. It also connects to the River Humber and is the mooring for the Spurn Lightship, a museum which can tell you more its history.

4. Learn About Life on the High Seas

The Arctic Corsair is a retired trawler-cum-exhibit that brings to life, life on a sea trawler 50 years ago. It was built in 1960 and was the last of of the Deep Sea Sidewinder Trawlers in service, journeying to Iceland in search of cod. You’ll be impressed by what the fishermen endured for your humble plate of fish and chips.

5. Chill Out or Rock Out at the Freedom Festivals

Hulls Freedom Festival (pictured above) will once again take over the city in 2014, paying homage to Nelson Mandela.  Dates have just been released; Friday, September 5th, to Sunday, September 7th, however the line-up is yet to be announced. If 2013 is anything to go by expect some of the UK best emerging bands along with a sprinkling of alternative acts from around the world playing to more than 80,000 enthusiastic revellers at locations around historic Hull.