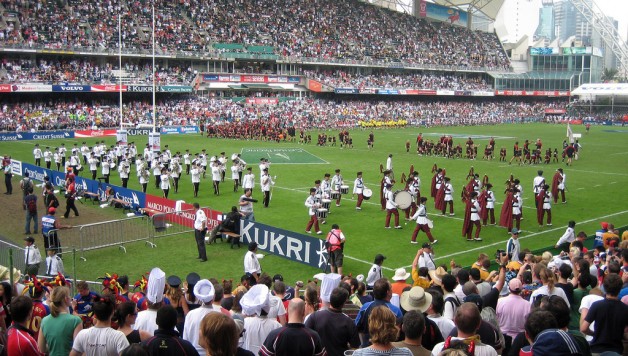 Hong Kong is internationally renowned for many things. It is the undisputed fashion capital of Asia, owns one of the most iconic skylines in history, and has perhaps the most diverse range of delectable cuisines on the planet. All things considered, it is pretty amazing that Hong Kong fits so much into its relatively tiny landmass. It is undeniable that its reputation for being the most vibrant city mile for mile in the world is well justified.

However, one thing for which Hong Kong is sometimes underrated is its sports scene. Tucked away all over this former colony are world-class tournaments, historic grounds and established governing bodies of the world’s most popular sports. Therefore, it is a crime to go to Hong Kong and not indulge yourself with some of these sporting delights. So, for those backpackers who love sport, or those who desire a more varied traveller experience, here are three world-class Hong Kong sporting events to enjoy on your Asian adventures.

The Hong Kong Jockey Club is one of the oldest officiating bodies of horse racing in the world. Founded in 1884, the club celebrated its 130th anniversary last year. It was founded due to the under-representation of Asian members in the top colonial clubs of the era, such as the Jockey Club and Victoria Recreation Club, but the Hong Kong Jockey Club has also outlived them all.

Originally only organising events around the Chinese New Year, the organisation now conducts nearly 700 horse races each year. These are hosted between its two race tracks at Sha Tin and Happy Valley. The former was selected to stage the equestrian competitions of the Beijing summer Olympics in 2008.

Today, the Hong Kong Jockey Club has a betting turnover of around HK$71 billion, meaning that it organises some of the most bet-heavy horse races in the world outside of those run by Britain’s National Hunt.

Hong Kong Sevens and the now international sport of Rugby Sevens has come a long way since a small crowd of 3,000 watched 12 teams compete at the Hong Kong Football Club in 1976.

Today, Rugby Sevens is one of the most popular variants of the sport – attracting casual and hardcore fans alike. Moreover, the Hong Kong Sevens itself is now played over three days, with 28 teams competing and over 120,00 spectators watching. This quick-fire, streamlined version of rugby is the perfect spectator experience for those who like to mix nail-biting sporting spectacle with a heavy dose of partying.

The event, played at the Hong Kong stadium, is known for its electric atmosphere, dancing supporters and colourful costumes. The south stand, in particular, is infamous for its capitulated beer jugs, Mexican waves and scrambling streakers.

In late 2014, tennis returned to Hong Kong in the form of an international event on the Women’s Tennis Association (WTA) tour. Hong Kong has been home to several tennis tournaments, on both the men’s and women’s tour, but had been without an event since 2002, when an Association of Tennis Professionals (ATP) tournament was played at Victoria Park Tennis Centre.

However, with China’s tennis scene booming due to the success of two-time Grand Slam champion Li Na, it was only a matter of time before tennis returned to China’s most famous special administrative zone. Returning to the intimate but atmospheric Victoria Park Tennis Centre, the Hong Kong Open attracted a strong field of top one hundred players and home favourites. The event was won by Wimbledon finalist Sabine Lisicki – whose big serving, gun-slinging game awed packed crowds across the week.