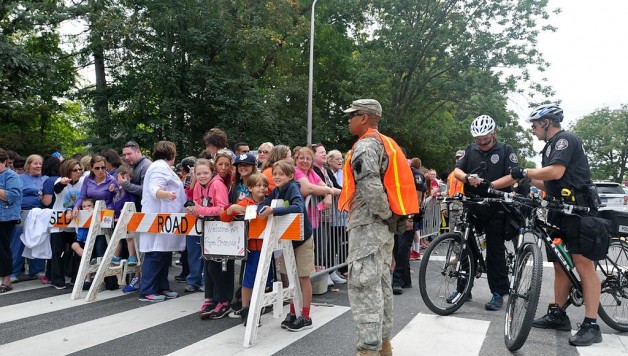 Published On February 18, 2016 | By Staff Writer | Travel Planning
Share this:

After the recent tragedies in Paris and the Boston Marathon bombing of 2013, many event coordinators have been re-evaluating security methods at live events in an effort to try to ensure the safety of all patrons and customers. Businesses that work in crowd safety and control for events are looking into mobile technology for new methods to keep attendees and employees safe. In an increasingly tech-dependent world, old methods are not enough to keep up with technological advancements, so businesses are playing catch up. The following are a few of the mobile tech security advancements currently in play that could change the practices employed in crowd security in the future.

Many venues with assigned seating, from the opera to sporting events, offer phone apps that enable patrons to change or upgrade their seats, view maps of the venue’s layout and order beverages and food for delivery to their designated seats.

An added feature that several sporting arenas are including is an app that allows attendees to communicate with security and, if necessary, request assistance. This feature lets users receive a prompt response from security, so if anyone is hurt or something is out of the ordinary, security can be made aware of the exact location and be on their way. In a large facility where much can go noticed, possible conflicts or tragedies may be adverted before they occur simply through a patron sending a text to security.

Attendees no longer require a paper ticket to get into events. They can view their ticket on their smartphone and gate security can scan the bar code upon entry. Mobile tickets are expected to become a staple at live events because it ties the attendee to a specific mobile device, which works as a form of identification. For example, when a ticket is scanned at the gate, security knows that John Doe used a Samsung Galaxy Note5 to enter at 8 p.m. This makes it easier for patrons to gain access and easier for security to track who entered an event.

Near field communication, or NFC, is a method of wireless communication that lets a smartphone connect and communicate with a designated receiver, device or reader within about a half a foot range. Although it is intended to work like a mobile ticket for access to an event, NFC has many more applications. A user can purchase and use tickets, make mobile payments and sync with social media for automated updates. Some people estimate that NFC capabilities will explode in the next few years and become standard by 2018 as NFC transmitters work their way into cellphone features.

Even though the reasons behind turning to technology for security are tragic and terrifying, the capabilities of these new-wave security measures are exciting and boundless. As the world moves further and further into a virtual world, safety technology must follow suit in order to protect the crowds of people who attend events as well those in the surrounding areas.