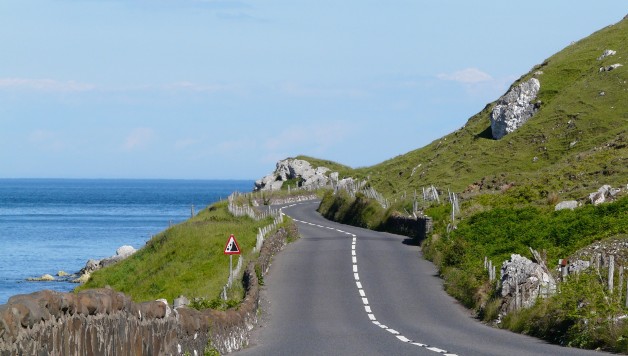 Published On October 3, 2019 | By Staff Writer | Travel Planning
Share this:

Ireland is a beautiful country full of urban hideaways and picaresque country sides. One of the best ways to see it is from the comfort of your own hired car.

Hiring a car in Ireland doesn’t have to be difficult, but can have one or two issues that catch people out. Mainly there are two main concerns to rent a car in Ireland and that is you must have valid driving license and have a credit card in main driver’s name.

Always check whether the car rental firm offering comprehensive cover to your vehicle. Otherwise, you might even compare car insurance prices on internet beforehand, i.e. prior to taking your trip. It is going to truly help you save lots of cash and also you’ll be needing support from the same nation in the event of any crisis.

This is a place which frequently causes a great deal of confusion for individuals when they are arranging a visit to Ireland. You have to be completely insured when driving in Ireland.

Once you’ve done that, it should be plain sailing. However, here’s a quick primer on driving in Ireland.

Do you need a specialist license to drive in Ireland?

No. As long as you have a full EU, US or Canadian driving license, you should be fine to drive in both Ireland and Northern Ireland.

However, you may face restrictions if you’re particularly young, with drivers under the age of 25 usually requiring a young driver surcharge on car rentals.

If your license has serious endorsements, e.g., for drunk driving, you might also find it difficult to get insurance or rental cars in Ireland.\

Of course, it’s always worth checking with the company you’re renting a car with. They’ll be able to provide you with a definitive answer. But as long as you have a clean license from any of the above countries, you’re good to go.

If you do not have a license from any of the above countries, you will require an International Driving License before you can drive in Ireland.

What side of the road do the Irish drive on?

This means that your car will be right hand drive, which can be a challenge for inexperienced drivers. If you are not used to driving a manual, it might be worth specifying automatic transmission when you hire your car, as it gives you something less to think about.

There have been many new roads built in Ireland over the last few years, with huge upgrades to infrastructure across both countries.

However, it’s worth remembering that Ireland is still majority rural, so small, winding roads is the norm rather than the exception.

Expect large, slow traffic, for example farm equipment, on smaller roads, and finding pets or livestock in the road is an expectation.

Bear in mind that Ireland and Northern Ireland are two different countries, and so have different road rules and use different notation on signage and for speeds.

Can I use cell phones whilst driving in Ireland?

No, the use of cell phones (otherwise called mobile phones) is against the law in Ireland.

Whilst technically, hands free kits and Bluetooth are legal, the local police are very strict on unsafe driving, and are well within their rights to issue fines if you’re driving even slightly erratically when using a hands free kit.

Is driving in Ireland expensive?

Hiring a car in Ireland is relatively reasonable, with a huge variety of the standard car hire companies available, as well as a couple of home grown ones.

However, gas (petrol) prices in Ireland can be quite expensive, so be prepared for that when you’re filling up.

Are places in Ireland far apart?

Again, Ireland is still relatively rural. Whilst the distances between places aren’t particularly daunting, the lack of common conveniences can still take people by surprise.

In particular, finding gas stations can be tricky, especially if it’s later in the evening, as most of the rural ones aren’t likely to be 24 hour.

As always, be prepared for the journey you’re undertaking before you take it.

Are there many toll roads in Ireland?

The main toll road to remember is the M50, which surrounds Dublin. This toll road is a necessity if you hire your car from Dublin airport. You do not pay a physical toll on this road, it uses an e-payment system, so be sure to discuss this with the hiring company.

There are several other toll roads on the motorways, but these are physical, requiring you to stop and pay at a booth to proceed.

Image by DESI MAXWELL from Pixabay