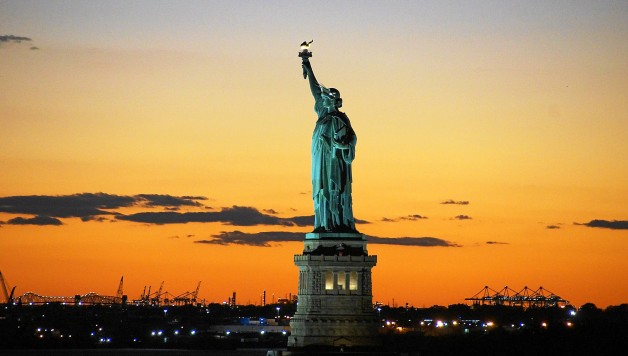 Must-Visit Landmarks For The Very Best Of American History

Published On August 8, 2019 | By Staff Writer | Travel Planning
Share this:

Visiting a number of historical landmarks in a short amount of time can be difficult particularly if you are restricted on time. However, it is possible to visit a few of these locations and still have time for other activities during your trip. So, before you redo your Esta visa application allow us to show you some of the landmarks you can visit during your holiday.

With a number of historical landmarks located in Washington D.C, you can learn a lot about American history as a whole as well as the history of their political system, but by far one of the most important is the Lincoln Memorial. With a stone statue of the 16th president sitting outside, and the design of the building includes 36 fluted columns representing the 36 states in the union at the time of his death this building is full of murals, inscriptions giving you an insight into this aspect of American history.

Located in San Francisco Bay, this prison is deep-rooted in American history as it housed some of America’s criminals who had caused problems in other prisons. During its 29 years in operation, the prison was home to some of Americas most notorious criminals such as Al Capone, Bumpy Johnson and Robert Franklin Stroud. During this time no prisoners escaped, however, there were a total of 14 escape attempts by 36 prisoners many died and some were shot on-site making this the most secure prison there is.

A joint effort between both America and France the Statue of Liberty was first thought up in 1865. This grand copper and iron statue arrived in the harbour in New York City in 350 individual pieces packed in over 200 wooden cases and was then assembled the following year as a sign of friendship between the US and France as well as a symbol of the American revolution. Whether you decide to visit the platform, or you venture up to the crown, you can visit one of the most iconic landmarks in American history.

The final historic location that is well worth a place on this list is Mount Rushmore. This infamous landmark features the heads of 4 famous US presidents, George Washington, Thomas Jefferson, Theodore Roosevelt and Abraham Lincoln and is one of the best landmarks to visit on a history filled holiday. Finally completed in 1941 Gutzon Borglum and his team completed this famous landmark and created their very own historical landmark that has gone on to welcome over 3 million visitors every year. These 4 presidents were chosen at the time to get people interested in visiting South Dakota as Borglum immortalized them in stone due to their contribution to politics and democracy as a whole.

Whether you are planning the ultimate American history trip, or you are just planning to visit a few locations as you are passing through, you can be sure you will have an exciting time when visiting one of these. Which of these will you be visiting?

Image by Armelion from Pixabay