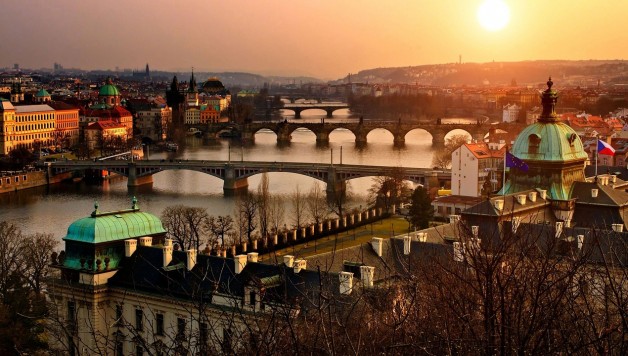 Published On January 2, 2018 | By Staff Writer | Travel Planning
Share this:

Even from other corners of the globe, European institutions have always had that air of prestige and superiority from being in the Old World. Universities and institutions in Europe are world renowned in all the fields one can imagine such as the arts and the sciences.

However, even in the multilingual setting in Europe, it is still a candidate for having the best schools to study the English language. Here are some of the best places in Europe to study English.

If quality education is what you’re looking for, then don’t forget the Czech Republic. This country is home to the oldest university in the entire Eastern Europe region – the Charles University in Prague.

Charles University was founded in 1348 which makes it almost 700 years old. The country holds quite the number of prestigious educational institutes such as University of New York in Prague, Masaryk University, and more. On an average year, the country receives about 35,000 international students wanting to study in this beautiful country for a few reasons.

Besides the quality education offered by the established universities, the country has a lot of perks for the student on a budget.

Another European country adorned with natural beauty, many international students flock towards this mysterious country for higher education in English. Home to top academic institutions such as Gheorghe Asachi Technical University of Lasi and the Romanian-American University, Romania does not lack prestige in the academic department.

International students studying in Poland come from all around the globe for many reasons such as the natural and historical beauty and the high-ranking academic institutions of the country.

Although the majority speaks Polish, the country is one of the best places to learn English since it is the most common second language for its native citizens. The country is rich with natural beauty and laden with lakes and forests. You can also take a historical tour of the country and visit the beautiful castles sprawled around the landscape.

Even in the far north, you can still find reputable institutions offering English courses for higher education. Although Norway offers extensive Scandinavian and Celtic studies, it is surprising to know that Norway comes fully equipped with a myriad of English language courses as well.

Having the renowned University of Oslo, Norway has its fair share of top ranking universities to compete with other European countries.

Not to be left out of the list, another great place to study English is of course, the United Kingdom. It’s one of the most popular European destinations to study the language. One of the most obvious reasons is that you’ll be surrounded by the language, making it even easier for you to adopt it.

This English school in Manchester, amongst dozens of other language schools, will help you brush up on your English. You can also choose from various cities such as Edinburgh, London and Cambridge.

There are still a few more European countries that offer English courses but where you end up choosing will ultimately depend on your sense of adventure and your own individual preference. The best thing about Europe is that most countries are extremely accessible to one another which means that you can visit universities one after another with little difficulty to choose the best one for yourself.

One Response to Best Places in Europe to Study English