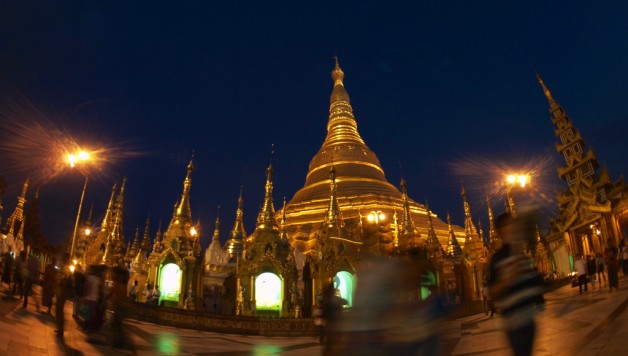 7 of Buddhism’s Most Important Sites

Founded in the 5th century B.C. by Siddhartha Gautama, Buddhism is both a way of life and one of the planet’s foremost religions. Practiced by at least 350 million people worldwide, Buddhism is the fourth most popular religion on the globe, and while it is markedly different from most of the world’s other religions in that it is non-theist, it shares many similarities, one of which is the existence of holy sites that attract the faithful.

Whether you’re a newcomer to the Buddhist faith, a monk in training, or you’re just curious about Buddhism’s unique expression across different places and times, here are seven of Buddhism’s most important sites.

A UNESCO World Heritage Site, the sacred city of Anuradhapura has been visited by the faithful and the curious since the 3rd century B.C. when a cutting from the fig tree under which the Buddha achieved enlightenment was brought to the city and planted. The city thrived for 1,300 more years until it was invaded and subsequently deserted in 993. For centuries, the city, its palaces, monuments, and monasteries were overrun by the jungle, but it is once again clear, stunning, and open for tourists and pilgrims. When you travel to Anuradhapura, Sri Lanka, you can stay in an Uga Escapes Hotel, and see the tree that grew from the Bodhi Tree’s cutting that continues to flourish at this site.

Known as one of the “Three Jewels of Korea,” this elaborate temple — Temple of Reflection on a Smooth Sea — is one of the most sacred Buddhist sites in all of South Korea. It was first constructed in 802, but after a fire destroyed much of it in the early 19th century, it had to be rebuilt. Thankfully, its most prized possession survived the fire: an entire copy of the Buddhist scriptures printed on 81,258 different woodblocks.

Considered by many to be the most famous of all the Buddhist temples, Borobudur sits on the island of Java just 25 miles from Yogyakarta. Built during the 8th and 9th centuries out of 2 million stone blocks, it was abandoned for unknown reasons, and the temple lay hidden in the jungle for centuries. When it was rediscovered in the 19th century, it looked like nothing more than a large hill, because it was covered in volcanic ash from Mount Merapi. The largest Buddhist monument on the planet, Borobudur has undergone a remarkable restoration that lasted much of the 20th century. It, too, is a UNESCO World Heritage Site.

Lumbini is one of the most important places in Buddhism, because, according to tradition, it was here that Siddhartha Gautama was born. Filled with a number of temples, museums, monuments, and monasteries, Lumbini also contains the Holy Pond where the Buddha took his first bath. Over 125,000 foreigners visit the site each year.

Also called the Golden Pagoda, the Shwedagon Pagoda in Yangon is Burma’s holiest Buddhist site. No one knows who built the massive temple complex, but it came into being sometime between the 6th and 10th centuries. The complex features many colorful and ornate stupas, but the main one sits over 300 feet high, and is covered with gold. At its top are 4,351 diamonds, the largest of which is 72 carats.

The place where the Buddha died, Kushinagar is a small town of less than 18,000 people, but it is a vital pilgrimage site for Buddhists. According to tradition, it was here that the Buddha attained parinirvana —a release upon death from Samsara, karma, and the cycle of life, death, and rebirth. The town and its temple and stupa were rediscovered during the 19th century, and in just in the last couple of decades, dozens of schools, nonprofits, and government institutes have opened here, turning this little town into an educational center to complement its status as a pilgrimage site.

Monuments, temples, statues, and shrines to Buddhism can be found on almost every continent, but if you want to hit the highlights, start with these seven sites.