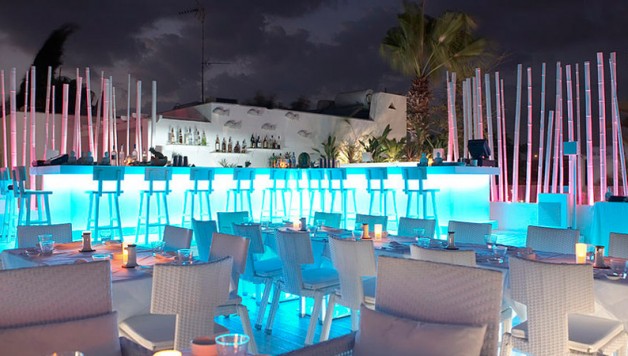 Guide to Nightlife in Ayia Napa

Ayia Napa is one of the best holiday resorts on the sunny island of Cyprus if you’re after good value accommodation, beaches galore and, of course, buzzing nightlife.

The popular resort on the island of Cyprus is packed with nightspots which stay open until the early hours for night owls who like to party when the sun goes down. What’s more, there’s always cheap all-inclusive holidays to Ayia napa to make the most of.

Although Cyprus is a compact island, and Ayia Napa a relatively small place compared to most cities in the UK, the town is literally overflowing with great bars and clubs that have been popular with Brits for generations, giving the resort a real party reputation.

The majority of the nightlife is found on the town’s main strip, where events such as the ‘Party Hard Bar Crawl’ are held. Whether you just want a few drinks before getting up for another day of sunbathing or want to party until the early hours, there’s a venue for everyone.

Here are some of the popular bars and clubs in Ayia Napa:

Luke Kelly’s Irish Pub
Every destination has an Irish pub, and Ayia Napa is no exception. Luke Kelly’s, on the main strip, is one of the most popular. Always boasting a lively atmosphere (it’s an Irish joint after all!), it’s a fun spot to start your night out in the town. Slainte!

Bedrock Inn
One of the most quirky is the Bedrock Inn, which (as you might have guessed!) has a Flintstone’s theme. The waitresses here dress up in Wilma costumes and the whole place is decked out to look like you’re on the film set. The playlist is slightly more up-to-date, however, and the Inn puts on events such as silent discos, where you dance to music played through wireless headphones, and you can also give singing a go at the karaoke sessions.

Red Square
Red Square is a bar with a distinctly eastern European flavour, catering to the many Russians who visit Cyprus each year. If you’re British and are bored of listening to the same old tunes, it’s a great place to go to hear some European house music and down a few shots of quality vodka.

Castle Club
Castle Club is the largest club in Ayia Napa as well as in the whole of Cyprus and has been shaping the nightlife of Ayia Napa for 22 years. In 2013 Castle Club was voted 44th in the worlds top 100 Clubs, so you’re pretty much guaranteed a great night out. The sprawling night spot boasts three rooms, each with its own music and atmosphere, as well as an open air chill out terrace. What’s more world famous DJ’s and acts appear regularly including Alex Kidd and Judge Jules.