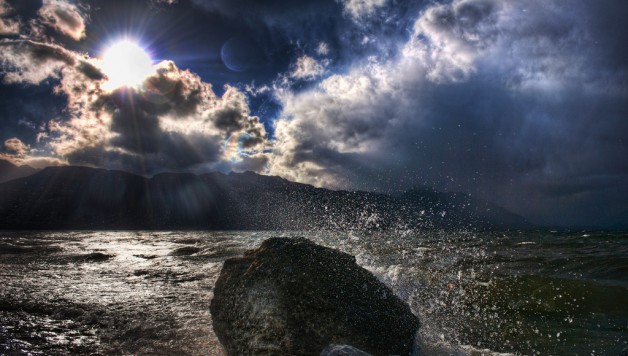 Having a Maritime, Playing Lighthouse Keeper in New South Wales

As a child, having fond memories of spending the summers on the coast of Maine watching the sunrise with its white noise of overlapping waves interrupted by the repetitive drawl of the lighthouse fog horn, one can only imagine the nautical delight of an online search finding 37 lighthouses in the South Wales, Australia. The reviews of top “things to do” were invites to stay and experience the life of a lighthouse keeper at many of the lighthouses.

Actually, to further wet my oceanic palate, there are 350 lighthouses in Australia with most having converted lighthouse keeper’s quarters. This opportunity to play light housekeeper along with its online astounding panoramic views of these late 1800 to early 1900 historical relics were an immediate draw. Surely, with this many active lighthouses in Australia a second maritime trip to coastal Australia is on the horizon both literally and figuratively.

And the maritime trip begins.

The route to the Sugar Loaf Point Lighthouse at Seal Point is a just a few driving hours away. The lighthouse is located in the peaceful Myall Lakes National Park with a special welcoming committee of a colony of cute Australian fur Seals. Just beneath the lighthouse, separated by a carpet of green manicured lawn, we spend our first nautical night in one of three heritage cottages that is surrounded by a stark white picket fence.

The coastal panorama, from north to Crowdy Head to the horizon of the Tasman sea and south to Port Stephens, lends a kodak moment of many different bird sightings, the white breasted Sea Eagle and hump back whales when they migrate north. We walked the nature paths to different lookout vantage points, down to the beach and “blowhole”. The evening view of the lighthouse’s strobe light beam allowing quick views of the expansive ocean and jagged coastal cliffs, were quite impressive. More so, with the thought of the many ships from all over the world that had been safely guided through treacherous seas for over 100 years.

The lighthouse keeper’s interior accommodations were almost disappointingly luxurious with a very well equipped kitchen and large flat screen TV. On the other hand, one of the visitors noted that they were enjoying the more private Northern Assistant Keepers Cottage that is tucked away behind ours. We took a peek and it is a charming old refurbished building with both indoor and outdoor plumbing. Plus the friendly staff at either location is worth mentioning and we were sure to grab a few souvenirs our last day there.

With Sugar Loaf Point Lighthouse in the rear view mirror, traveling far north for an all day trip, the extra expense of renting a convertible proved to be an equitable traveling decision. Driving with the top down feeling on top of the world, well you know-not geographically speaking, the jaw dropping sea views and natural habitat warranted many selfie and picture stops along the way. If we only had more time, there were National Parks of interest with rainforests and waterfalls as well as quaint, yet thriving artsy villages dotting the trek to the next maritime light house keepers stay in Cape Byron.

Arriving, within a few miles of the northern most border of South Wales and the most easterly coastal point of the mainland Australia, we arrive at the National Park of Byron Bay Park lighthouse, the most powerful lighthouse of 2,200,000 candela or candles. The light house, with a one floor fortress architecture attached to its protuberant beacon, sits on top of a cliff juxtaposing the ever changing shades of blue, Tasman Sea.

Here, the award winning Assistant Housekeepers Lighthouse Cabins in the Cape Byron Conservation Area is a short walk from Byron Bay and the beaches. My advice is to wear good sneakers as it can be a trek for some visitors or take the car. The view from the grounds optimal viewing sites are beyond sensational and as with all attentive lighthouse keepers, we also kept a close eye on the lighthouse from the cozy cabin window.

But, the highlight of the trip began at the slightest glow of dawn when the day begins for the lighthouse house keeper. Leaving the comforts of the cabin, cupping a steaming cup of coffee enjoying the warmth, I head up the light house road. As I walk, the lighthouse beam of light scans the perimeter as well as casts its own shadow in perfect sync just as it has for over a hundred and ten years. Arriving at the cliff, overlooking the ocean facing east, I feel a sense of awe being a witness to the first rays of sunrise that consecrate the Australia Continent. It’s a maritime event with a humbling reminder of childhood summers waking up in darkness venturing out while others sleep to be the first to see the sunrise in the United States, off the coast of Maine.

We regrettably leave the beautiful lighthouse surroundings for the journey back to the states but already planning the next light house keeper’s trip. Settling in for the long flight home, I recline my seat back and eagerly begin reading; Life under the light-light house families of South Wales. Eventually I doze off, dreaming of standing on a cliff overlooking the ocean watching migrating humpback whales and cresting pods of dolphins with a protectant beacon of light just behind me. It is a maritime state of mind, one to be remembered for a life time.