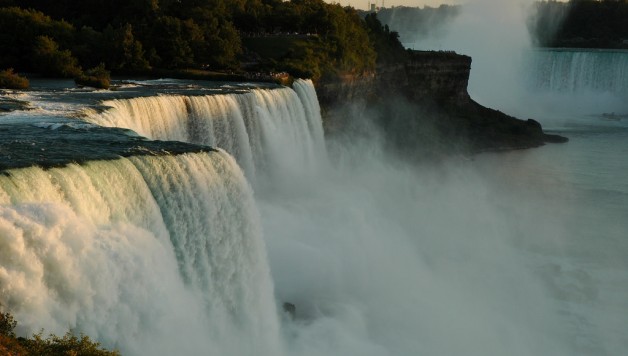 You Have to See These Incredible Natural Wonders of the USA

When people think of the United States, they often think of bustling cities. If they vary their thoughts a bit more, then you might see them imagining some farms. But even the millions living in the United States often forget how much natural beauty can be found in the country.

There are some absolutely mind-blowing natural sights in the USA. I’m not usually a fan of the phrase “before you die”, but you really do have to see these before you die.

There are few places in America that require you to travel very far if you want to see a stunning waterfall. Of course, when you say “waterfall” and “America”, people’s minds usually jump to one thing. That’s right: Niagra Falls! The falls are so wide that Niagra Falls is actually shared between New York and Ontario, Canada!

But many would claim that Niagra Falls is only second-best in the American waterfalls department. They would claim – and, possibly, quite rightly – that the Havasupai Falls are even better. Found on the Indian Reservation of the Grand Canyon, it has to be seen to be believed. So, y’know, go see it!

Colorado, of course, has the Rocky Mountain National Park. If you want to stand at the highest point in the country that you possibly can, this is well worth a visit. More than sixty of the mountain peaks here are higher than twelve thousand feet! It’s possibly the finest place in America for a challenging hiking trip.

Of course, when people think of incredible mountains, they’re not always thinking of hiking trips. They’re thinking about skiing! Thankfully, the U.S. has amazing snow-tipped mountains, too. There are many in Colorado. But the best ski resort in the country can be found in Wyoming. Hotels in Jackson Hole WY will give you easy access to the amazing Teton Mountain Range. It features the famous “Sleeping Indian” formation!

A lot of people forget that North America even has rainforests. They see rainforests as something you would only see in South America, in places like Bolivia, Brazil, and Colombia. Here’s what you should keep in mind. There’s a difference between tropical rainforests and temperate rainforests! The tropical ones are the ones you need to travel out of the country for! Humans have lived in tropical rainforests for thousands of years. But they’re not always tourist-friendly!

North America has a bunch of beautiful temperate rainforests. Its most famous, perhaps, is the Hoh Rainforest. Protected from commercial exploitation, it can be found in Olympic National Park. (The rest of the park itself is a natural wonder in its own right!) Visitors can explore it as much as they want.

…and the Grand Canyon

Come on, you didn’t forget about the Grand Canyon, did you? (Well, I did mention it earlier, to be fair. But I was talking about waterfalls!) It’s probably the most famous natural wonder in the entirety of the United States. It’s 277 miles long and has a depth of a mile. So don’t go planning on taking a walk across the entire thing – and, also, don’t fall down.