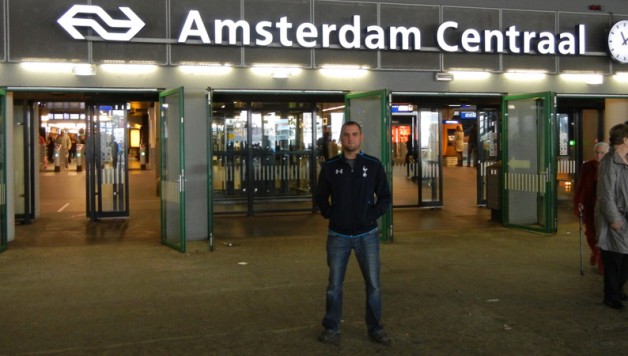 Over the last two years of travel, I spent a total of about four months traveling around Europe.  During this time, I was able to hit nine different European nations using a variety of different travel methods:  air, rail, rental car, and bus.  The reason for using the various methods was two-fold: 1. I usually go with the most affordable option available and 2. I wanted to test out the different methods to see if there was one I preferred over the others.

The results from my time there surprised me a bit.  For one, I have always preferred air travel.  It is usually the quickest way to get around, and these days, with so many budget airlines it often times becomes the most affordable option as well.  However, of the four methods I used, I preferred traveling by train over all the others.

Here are the four reasons I loved traveling Europe by rail:

1. It’s a beautiful way to travel

Sure, plane travel can also have its moments of beauty.  However, those moments are usually limited to the first couple of minutes after take-off and the last few minutes right before landing.  Train travel tends to have beauty available for your eye’s to gaze at for the entire trip (unless you’re under the channel inside the Chunnel!).  I find myself staring out the window of trains for hours at a time, just taking in the beautiful sites that Europe has to offer.  Just look at the view that my friend Jeremy posted while on a panorama train in Switzerland:

I need to be careful that I don’t say it’s NO stress.  There is always a little bit of stress with any sort of travel, and I know some people who can make any situation stressful.  However, in general, train travel is a lot more relaxed, laid back, and low-stress when compared to air or bus travel.  No waiting in long security lines or getting frisked by some airport security guard.  With a couple of exceptions, most train stations are big, clean, and comfortable.

I know some people consider traveling by air to be an adventure, but I just don’t think standing in a security line, having lunch at a McDonald’s airport, cramming onto a little seat, only to be delayed three hours is an adventure.  Rail travel allows you to get out and see parts of a country that you wouldn’t normally be able to while traveling by air.  There are so many great rail itineraries out there in Europe too!  For example, I really want to do London to Morocco by train.  How awesome would that be!  Of all the ways I’ve traveled, train travel has allowed me to meet the most people.  Whether in Europe, India, or Asia, I have always ended up leaving the train with a bunch of new friends from all over the world.

4. It’s good for your timetable

The thing about flying that always irks me is that even if the flight is only an hour, it still takes me 5-6 hours to get from my starting point to my final destination.  Airports in Europe tend to be so far outside of the city centers, whereas train stations tend to be right smack in the middle of the cities.  I was able to get from Paris to Brussels one morning in under two total hours.  Flying from Paris to Brussels would have taken me at least four hours, including a train from Paris to the airport.  You can get a lot of good info and timetables on seat61.com’s Europe by Train page.