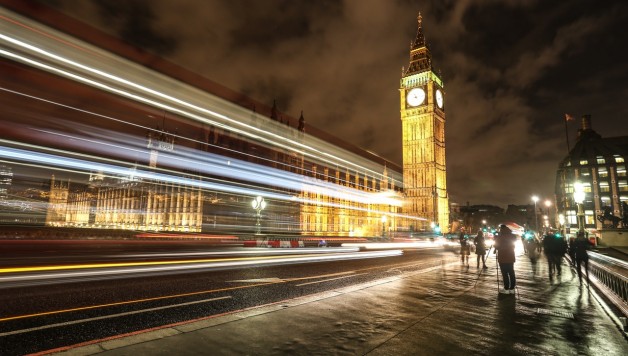 Like most major capitals, London is often described as a 24-hour city and anyone visiting for any length of time would be well advised to try and to spend some of that time exploring the night world of how Londoners work, rest and play. In many ways, London is more diverse at night and there is a huge amount that can be done and seen that gives a fascinating insight into this unique city. Nocturnal London has always provided a slightly more raw view of the numerous ways people live together and shows how places come alive with a different sort of energy.

On the whole, London is as safe as most big cities, but any traveler should take certain basic steps to make sure they keep themselves and their family safe. Simple things like having a phone with you at all times, and making sure family and friends have the number. Sim cards can be bought very easily, as can disposable pay-as-you-go phones if necessary.

Having some type of travel insurance which includes cover for costs for medical treatment and hospital accommodation is really important. Be aware that the emergency telephone number in the UK is 999, as opposed to 911 in many other countries. It is also a good idea to write down the name and address of your hotel and keep it with you. Safe ways of exploring London at night can be as easy to think of as most things you might do in the daytime, if a few basic rules and common sense are applied . Most of the activities mentioned here are either group activities or can be done in areas of central London where there are many people around.

Many people like group tours, while others can find them a bit touristy and prefer to do their own thing. The main advantage of a group tour, especially in terms of seeing London at night, is that it gives a fairly quick insight and overview of the main tourist attractions of London, and gives people an opportunity to decide what further areas they want to spend time visiting and seeing during the remainder of their stay. Group tours come in many different shapes and sizes.

Perhaps the most useful tour for many people is traveling around London by bus. ‘See London by Night Bus Tours’ operate a number of buses throughout the capital highlighting many tourist attractions such as the London Eye, Houses of Parliament, Harrods, Tower of London, Big Ben, Tower Bridge, Trafalgar Square etc. Some buses are open top as well, which, depending upon the weather, can make the experience even a bit more magical.

For the more energetically minded there is a three-hour bicycle tour through some of the most intriguing areas of London, organized by the ‘London Bicycle Tour Company’, taking in views from St Pauls Cathedral through to Westminster Abbey, right into the heart of the capital.

For those not on a budget, consider a helicopter tour, which although a bit pricey, gives a view of London that is unparalleled. Most helicopters are obviously limited in the number of people they can take, and are weather dependent. The flights tend to operate either quite late at night around midnight, or very early in the morning around dawn time,which are the times that give the most spectacular views. Trips tend to last between forty five minutes to an hour.

For those interested in the history of London, there are many tours which are normally walking tours and explore historic London. Night time walking tours often have a specific focus such as Haunted London Pubs or Jack The Ripper Tours. The scarier tours tend to be more early evening rather than late at night, and can often be combined with one or more activities after they have finished.

For those who don’t want any type of organized group tour, there are many normal buses that cover London that run throughout the night, and the London Underground train system, commonly known as the tube, is moving towards a full 24/7 service, and already has a number of trains that run at night in central London throughout the week. With a bit of planning, most areas of central London can be visited at night quite safely. The growth of the London night time economy means some areas of London literally start to come alive in the middle of the night, none more so than the iconic wholesale markets of New Spitalfields and New Covent Garden, where the freshest food in London can be bought.

If you are still up when night is coming to an end, there is really only one place to be, the Peace Pagoda in Battersea Park. Worth a visit any time day or night, it becomes especially spectacular at dawn, not least because you are likely to find one or more Buddhist monks there, offering prayers and chants as a new day dawns over the city.