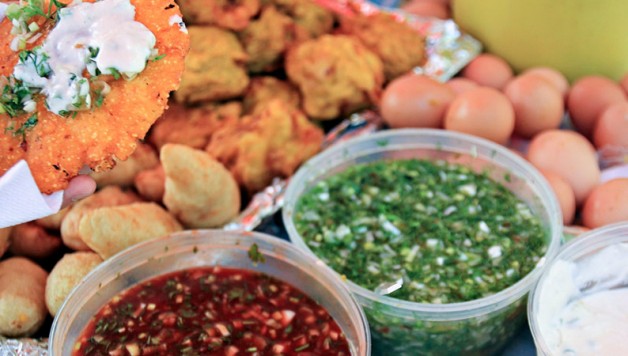 When you think of the Caribbean golden beaches and glorious weather are probably two of the first things that spring to mind. Obviously, these are great reasons to take a holiday to this part of the world, but I also strongly urge you to try some of the local cuisine.

The fare here is simply delicious and, with a wide variety of dishes to choose from, you are certain to find something that suits your palate. On top of that, tucking into culinary specialities – in my opinion – gives you the chance to get a taste for the region’s rich cultural heritage and experience a slice of local life. Even though you can find restaurants that serve international cuisine while on holiday in the Caribbean, I think it’d be a real shame if you didn’t at least try a few traditional dishes.

Whether you fancy taking a multistop break and searching for competitive deals on Royal Caribbean cruises or just plan on visiting one island, it’s worth looking for some delicious street fare. Here are just a few of the dishes that I really enjoy.

My family comes from the Caribbean (Barbados to be precise), so I quite often have traditional fare at home. However, there’s nothing quite like trying dishes in the places that they originate from, so if you’re hoping to eat fishcakes I recommend that you take a cruise that stops off at my homeland.

While you may have had fishcakes from a British chippy, the version that are widely available in Barbados and other parts of the Caribbean are much hotter, with a blend of spices and herbs giving them a real kick. Consisting of salted cod that is coated in flour before being placed in a deep-fat fryer, fishcakes are often eaten with a dollop of spicy hot pepper sauce. If you fancy something slightly milder, I recommend that you substitute hot pepper with marie rose sauce.

Patties are undoubtedly one of the Caribbean’s most popular street food dishes and heavily influenced by the traditional British pasty.

Featuring a soft dough wrapping that is filled with spicy beef (though they also come in pork, fish and chicken variants), patties can be bought all over the region, though they’re most likely to be found in Jamaica, the country they originate from.

Typically eaten for lunch, locals often have a patty alongside a couple of slices of coco bread. As you might have guessed from its name, this kind of bread is made with coconut milk and has a slightly starchy consistency.

My final recommendation of Caribbean street food is curried goat. This Jamaican dish draws heavily on Indian cuisine and features pieces of goat meat, spices and scotch-bonnet peppers to create a tangy, yet tasty, stew.

Served with rice and chicken (the latter is usually either fried or marinated with jerk seasoning), curried goat is a staple for most Caribbean people’s diet and is often eaten on Sundays. Make sure you keep an eye out for bones though, as these are often left on the meat to help the stew’s flavour develop.