In May, I spent four days in Normandy exploring all the D-Day memorials, cemeteries, and ruins from 70 years ago.  In honor of the 70th anniversary of the invasion, I put together my best Then and Now shots from those times.  Enjoy!  -Dan 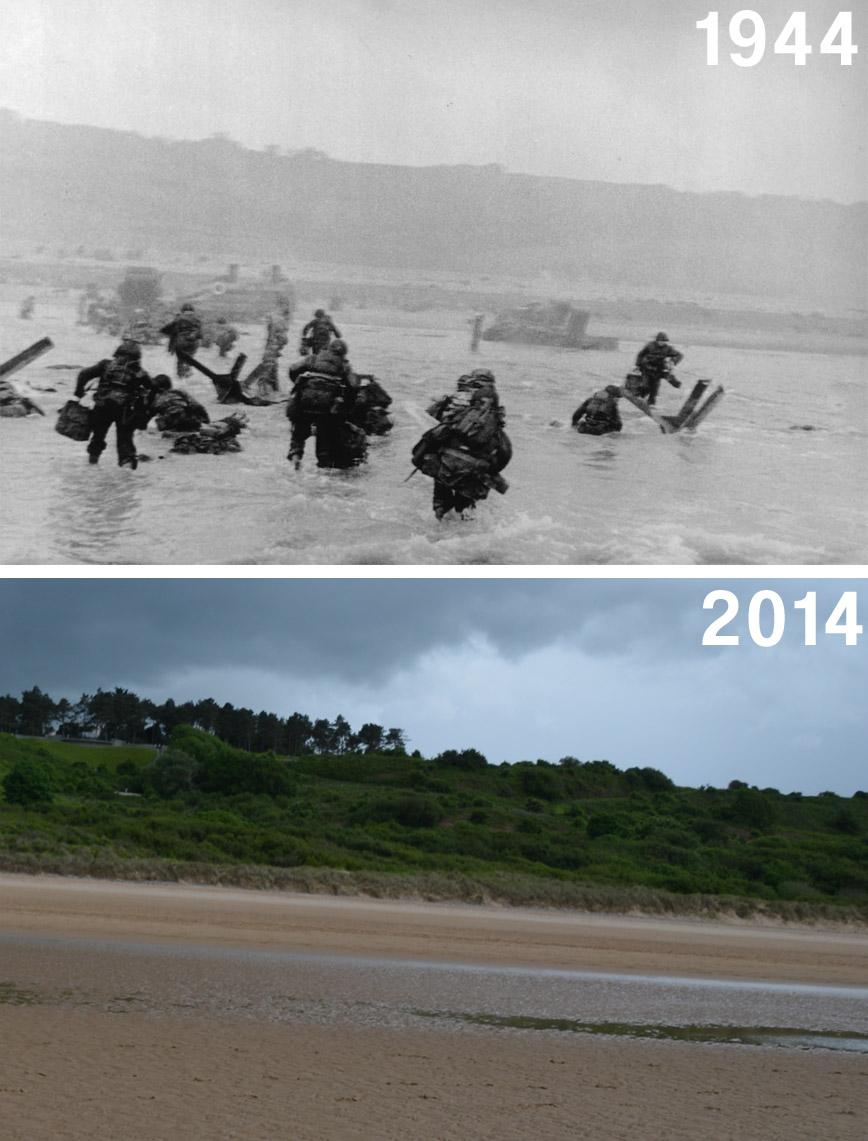 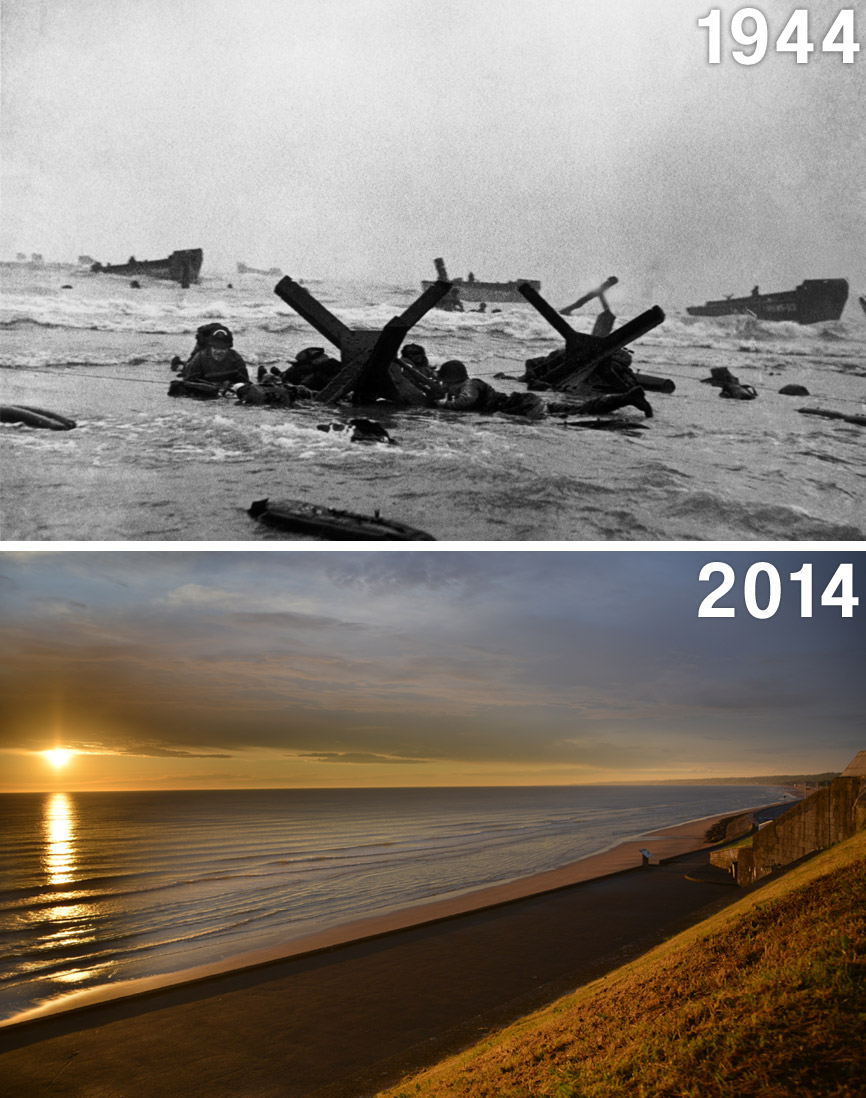 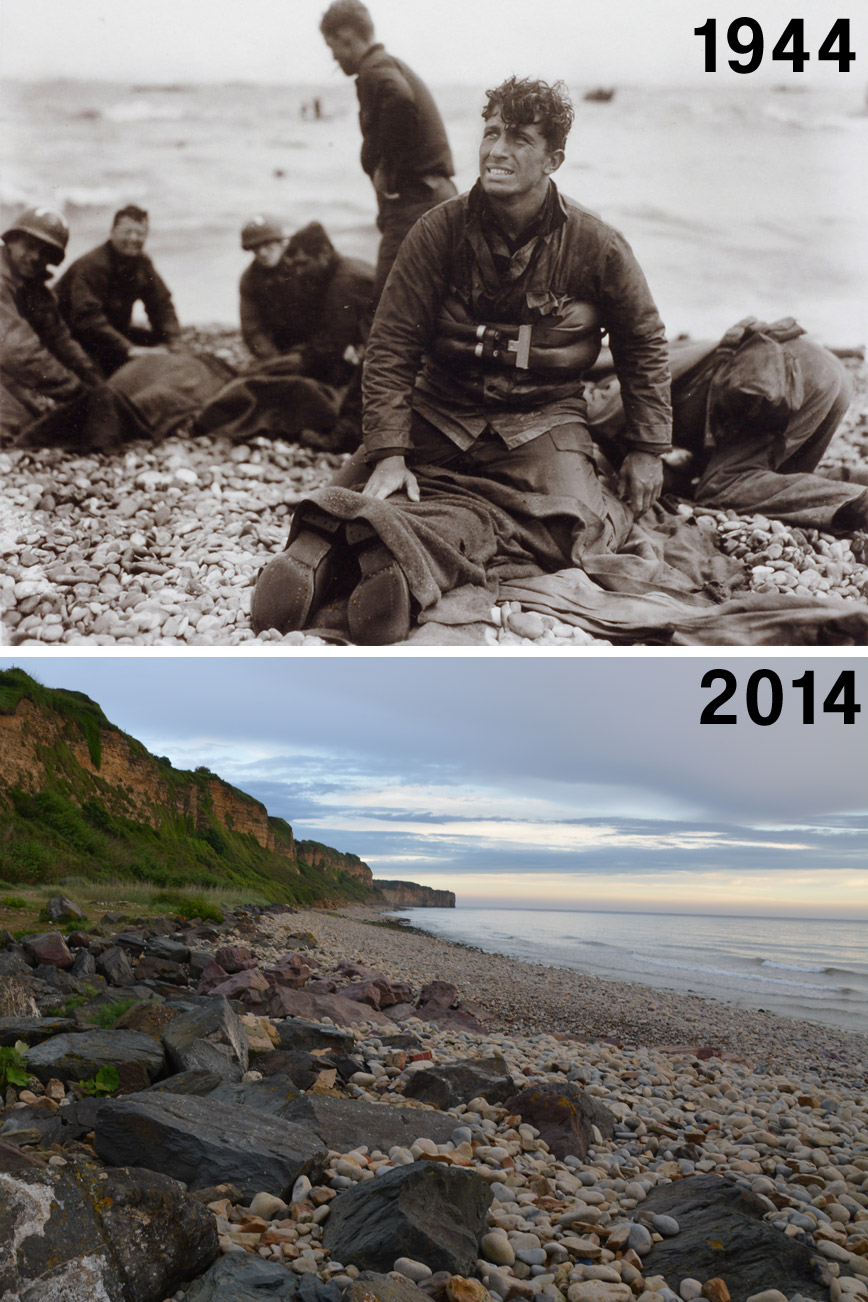 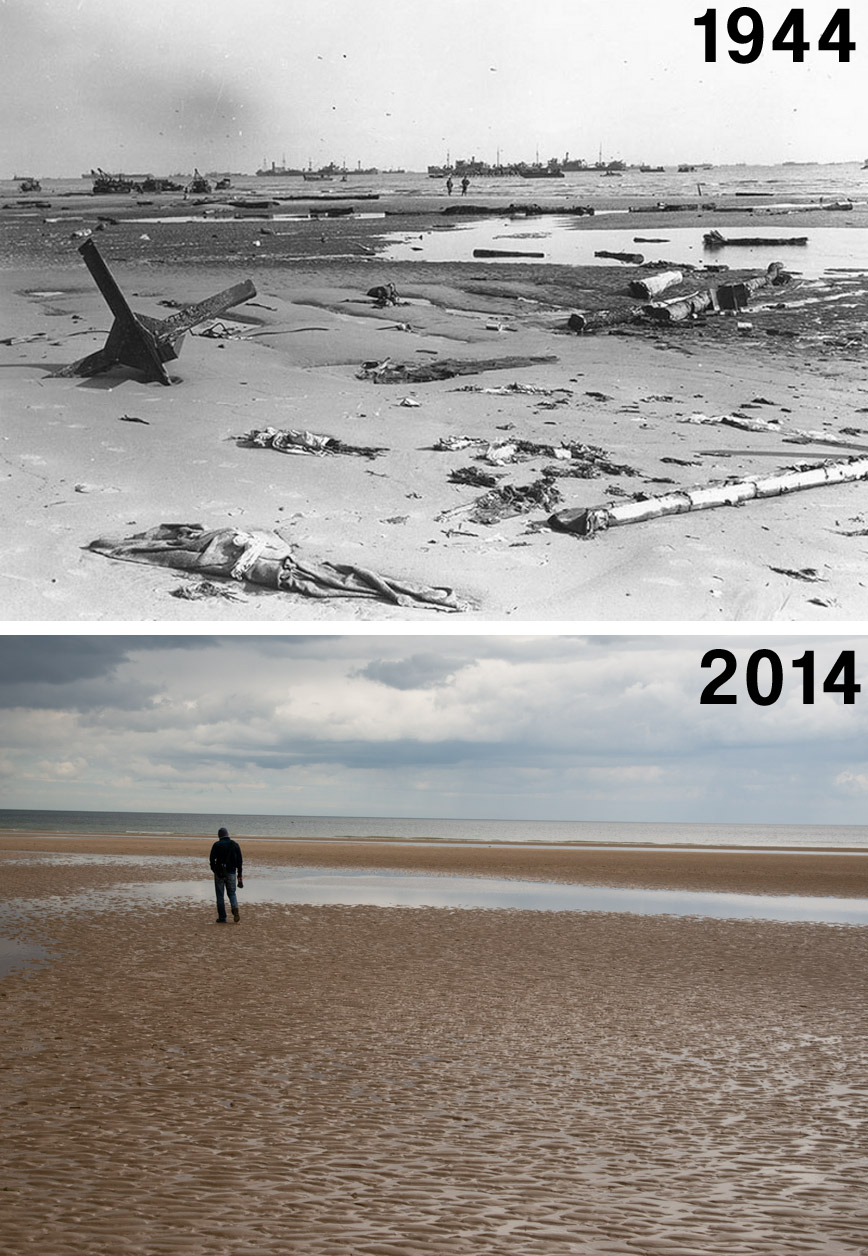 The remains of a former pontoon, used by vehicles to traveling from the artificial harbor to the beach. 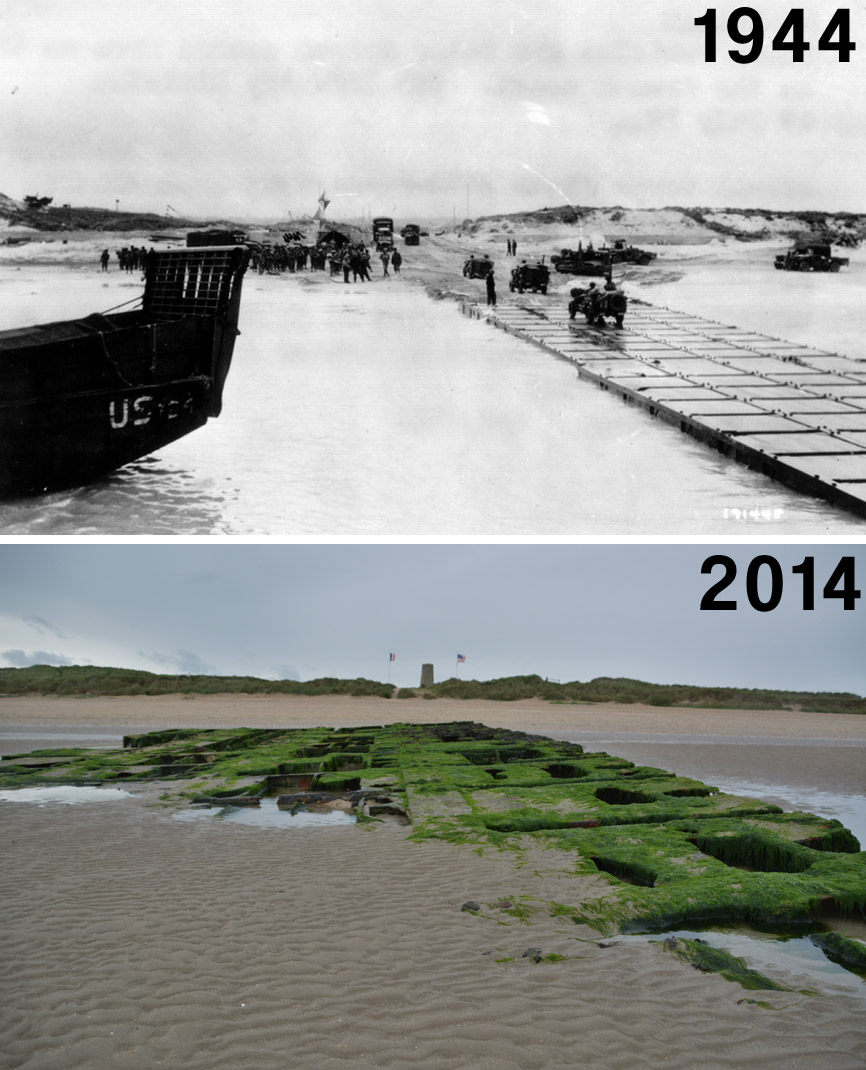 The windows were painted by the Germans who wanted the building to look more like a shop than a bunker. 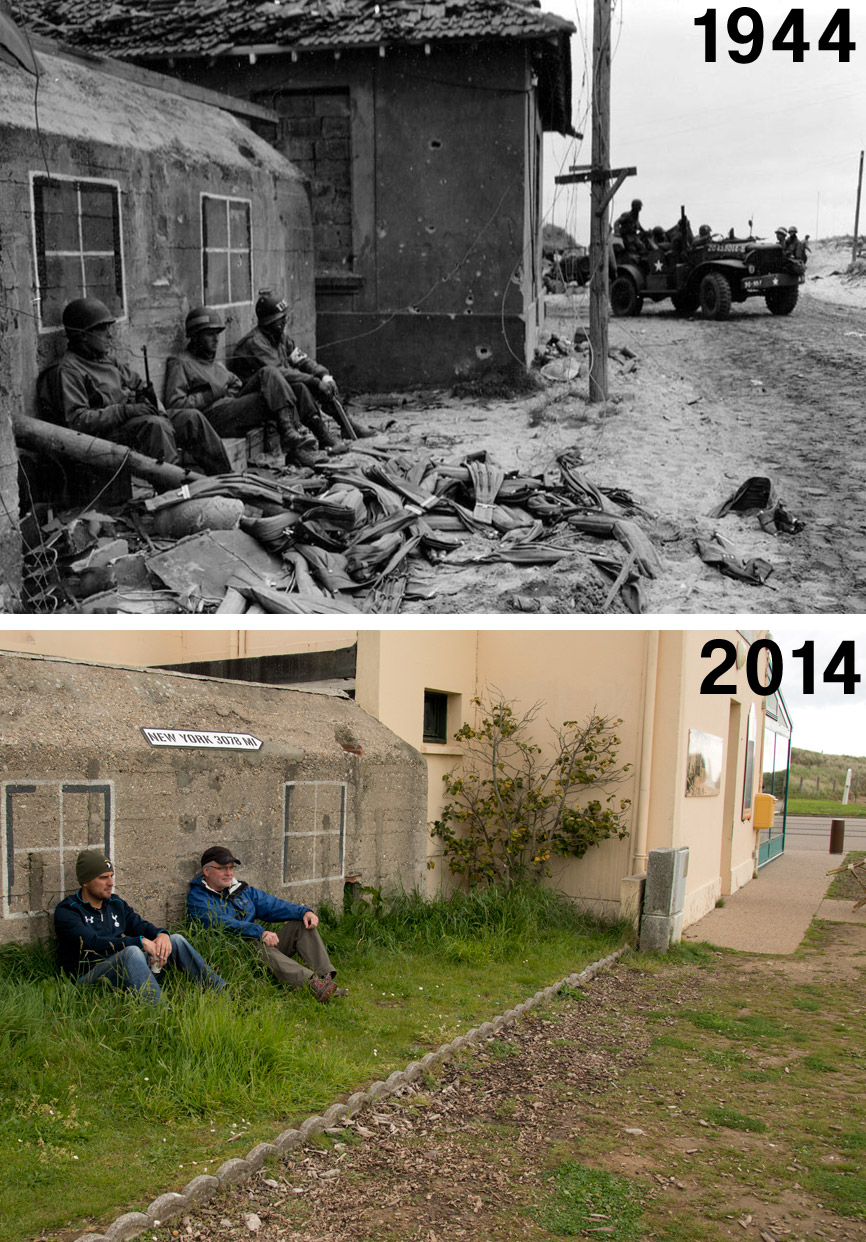 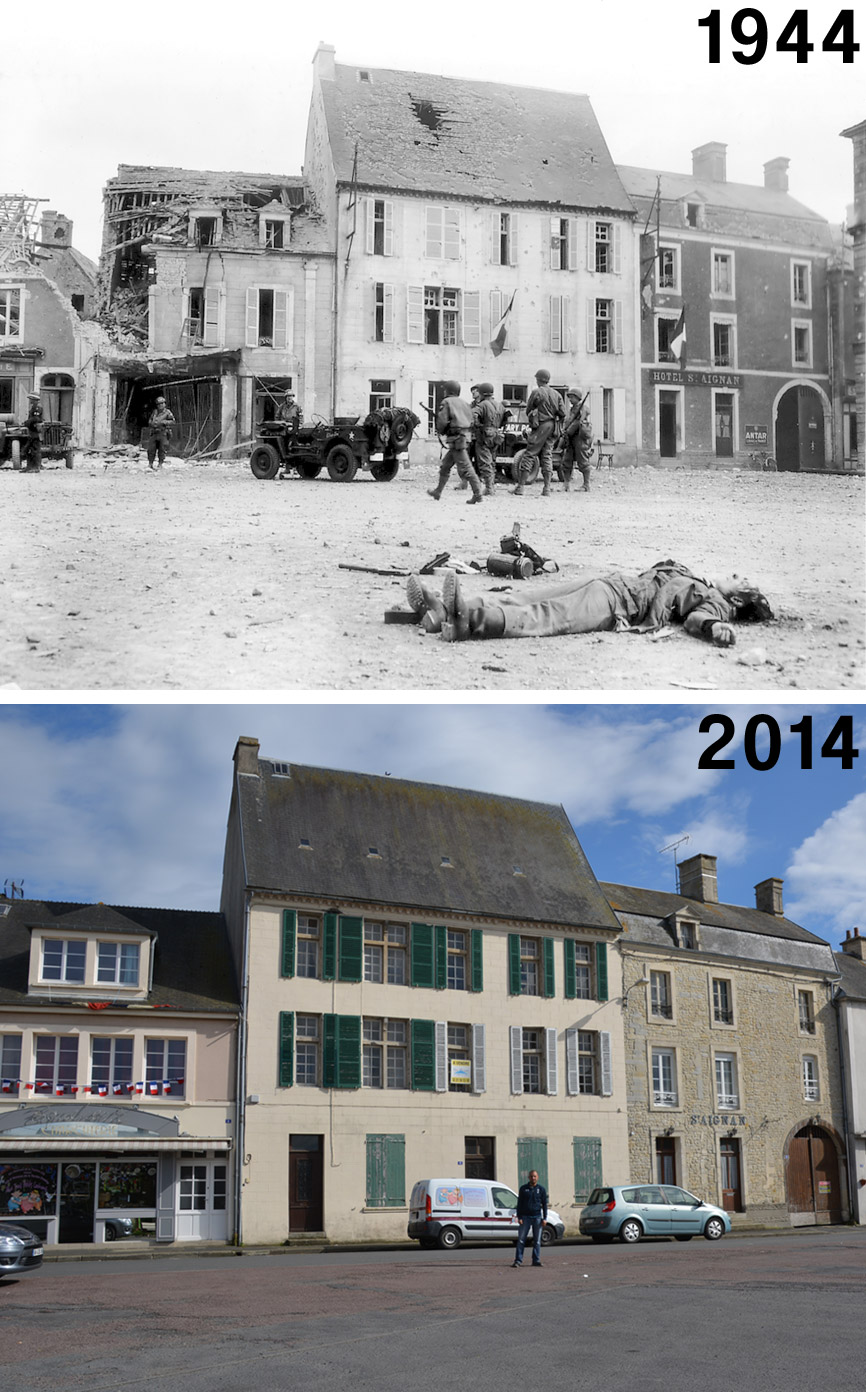 The markings on this jeep indicate that it belonged to the same battalion that my Grandfather served in in WWII.  Although he is not in this photo, the men in this photo would have served with him during their time in Normandy and Europe. 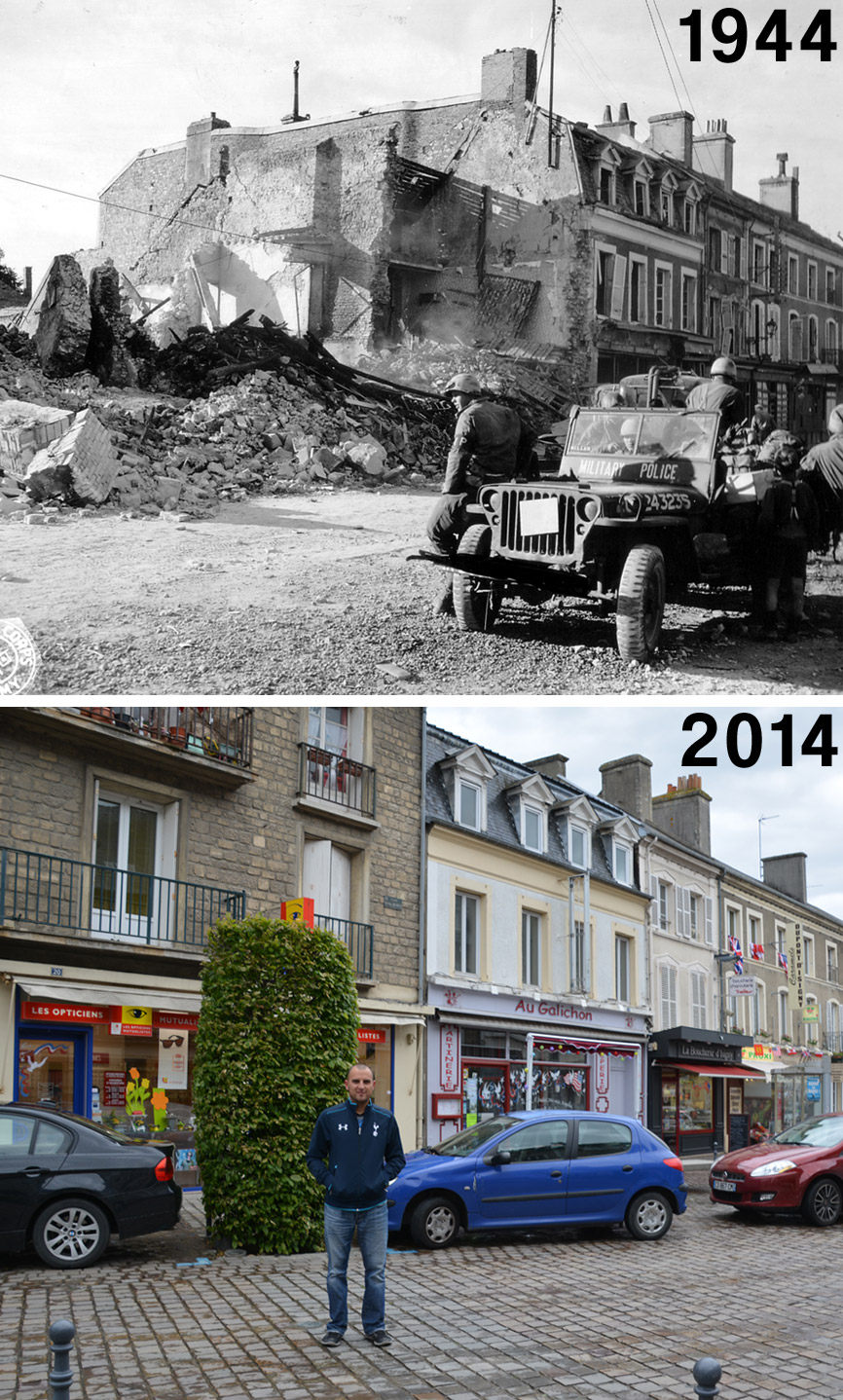 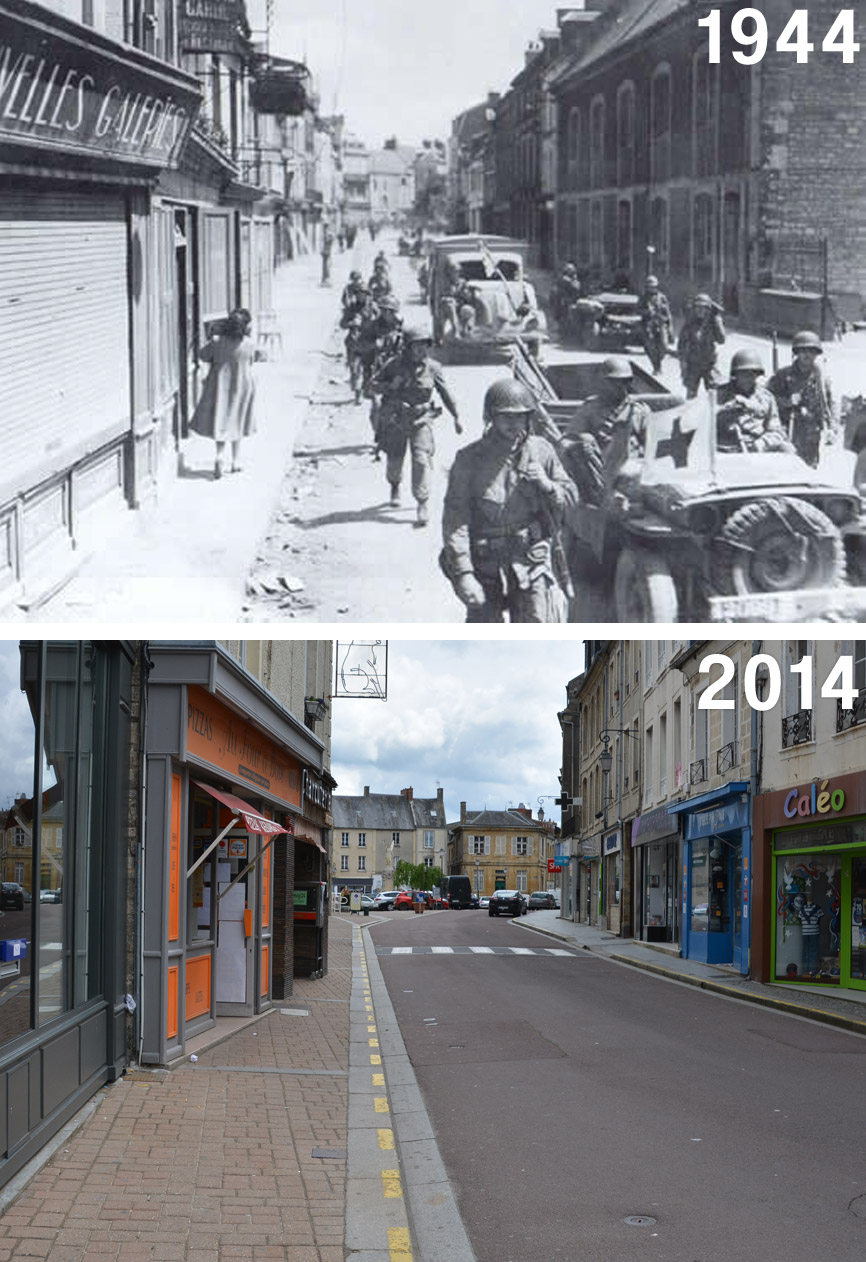 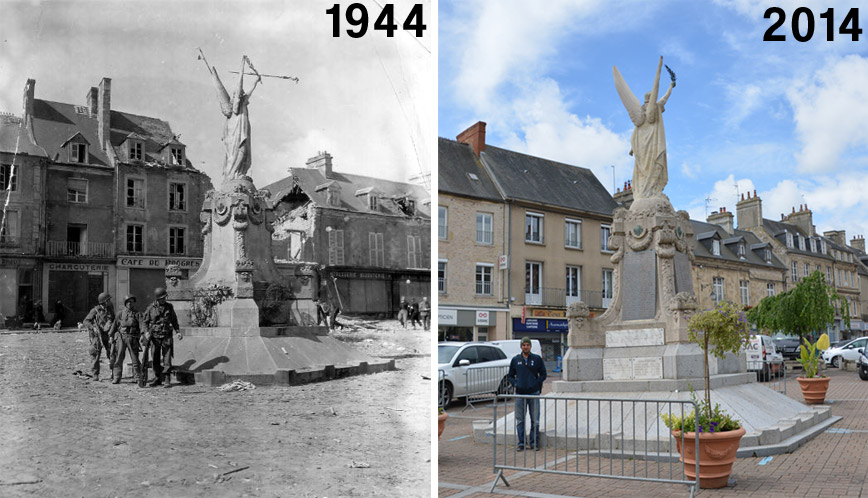 11. Ruins of a Church in Vierville-sur-mer, Normandy

The cemetery at this church today still has some British troops buried there. 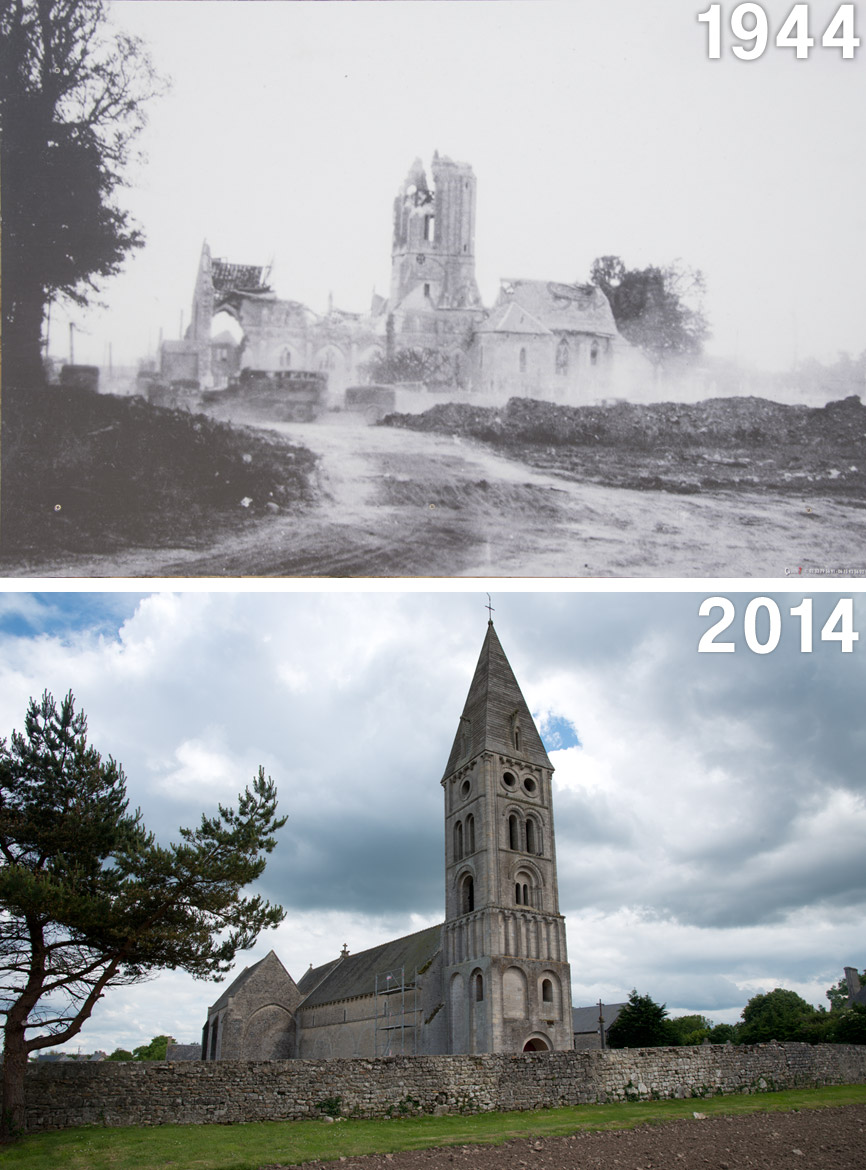 I’m working on a series of articles for our website about researching and visiting the places my late Grandfather served in and fought in during WWII. I never met my Grandfather, so this whole experience has been unlike anything I’ve ever done and I am really excited about sharing all of it with my family in the coming weeks.

A few weeks ago, I was able to locate the building in a small German town that served as his barracks for a few weeks back in 1945. The building has been renovated twice since then and is now a school, but I was still able to find the window that my Grandpa took this photo in 69 years ago. 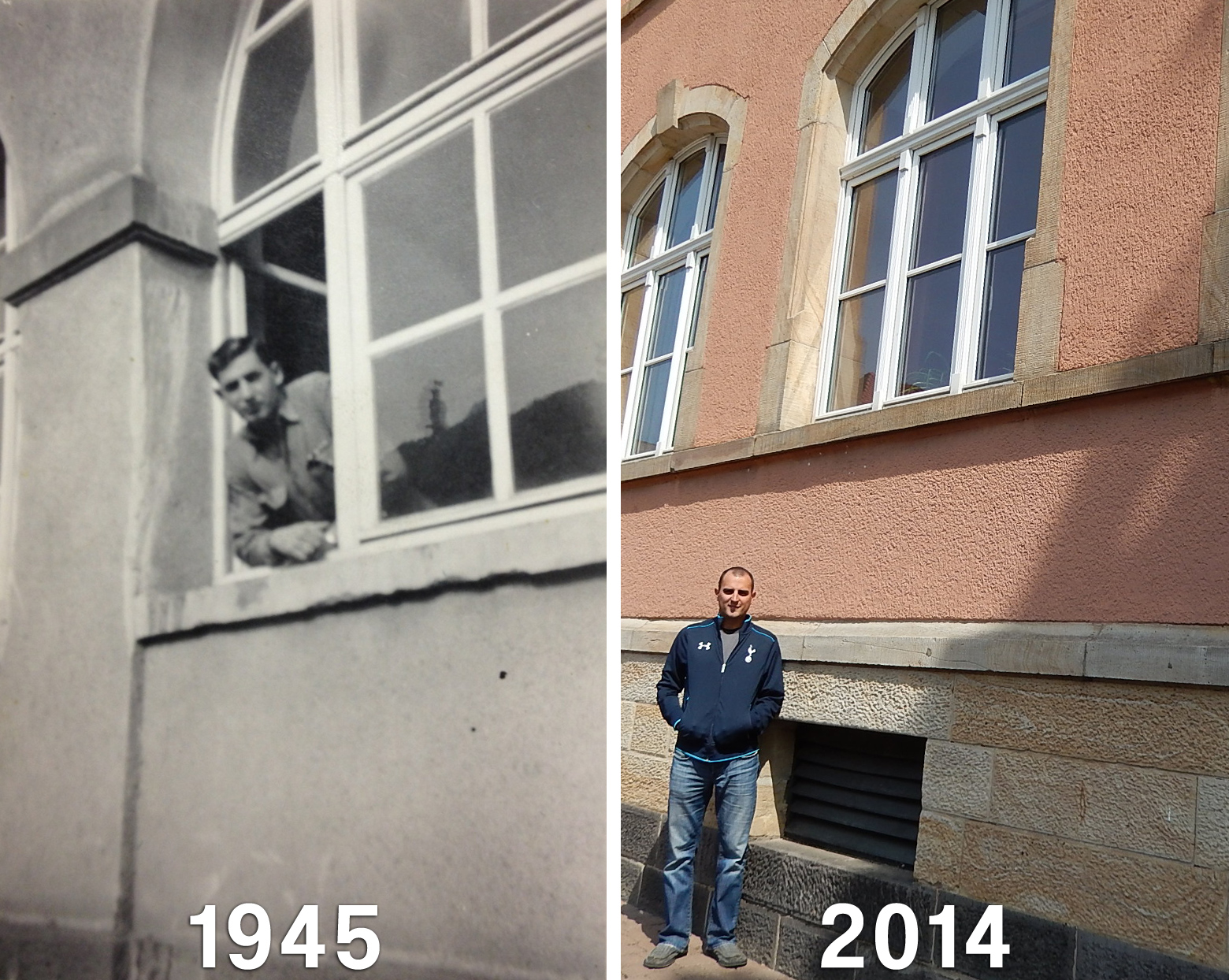 One Response to D-Day Then and Now: Normandy After 70 Years