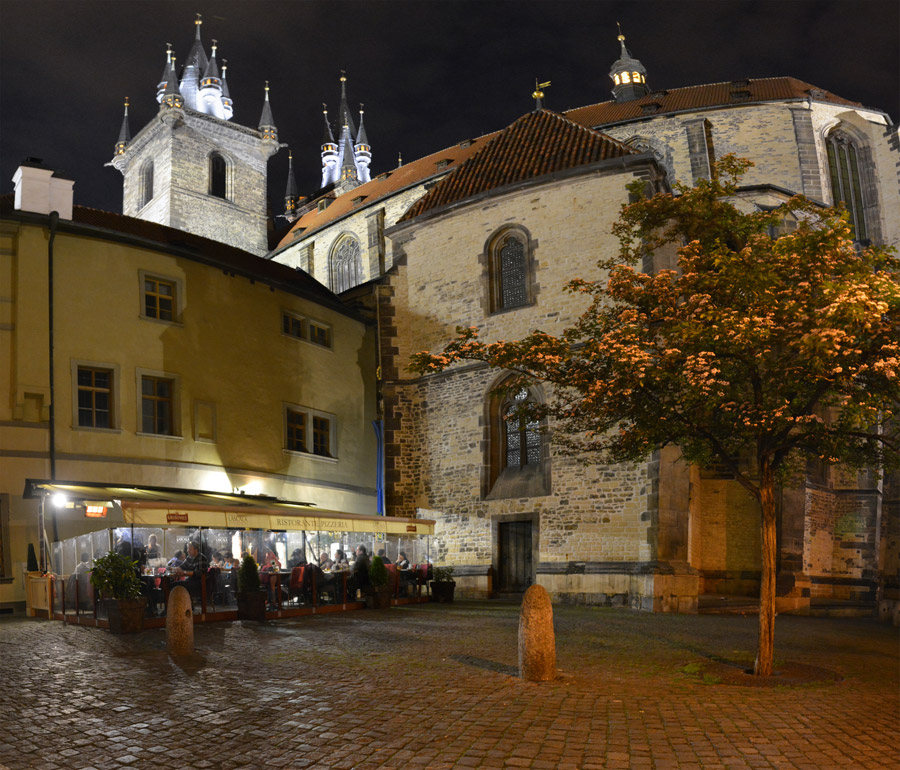 My European base of operations in Nuremberg has given me access to some great short trips, and this weekend I am headed to Prague, Czech Republic.  It’s only about a two hour drive away from my place in Germany, and it happens to be one of my favorite cities.  I visited Prague back in 2006, and ever since I have been eager to get back here.

I decided to book a bed at a place called Mosaic Art Hostel on this website, which was recommended to me by travelers I met in Krakow, and it doesn’t disappoint.  The facilities and swanky bar feel more like a 4-star hotel than a budget hostel, and there is unique artwork scattered all over the building. 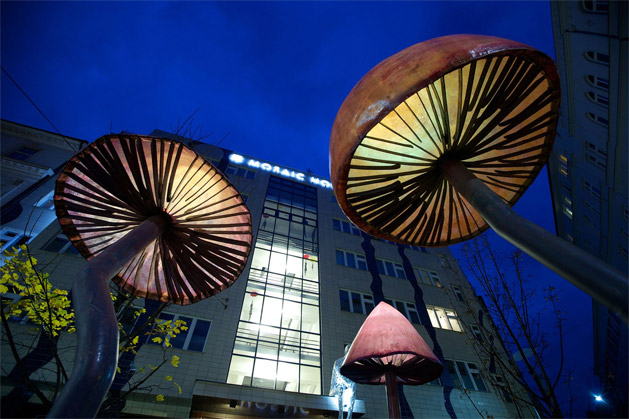 Outside the Mosaic House Hostel.

I arrive in the evening and start with a large Czech beer and a stroll around the old town at night.  A few of Prague’s Easter Market stalls linger a week after the holiday and the square and riverfront are busy and exciting. My first glimpse of the Prague Castle from the Charles Bridge works out great, as it’s now dark and the castle is beautiful all lit up.  The lights for this castle were actually paid for by the Rolling Stones back in the 90’s after they visited the city on tour and noticed the castle had nothing lighting it up at night.  The band donated over $30,000 to ensure visitors from all over the world could admire the castle’s beauty during the day AND at night: 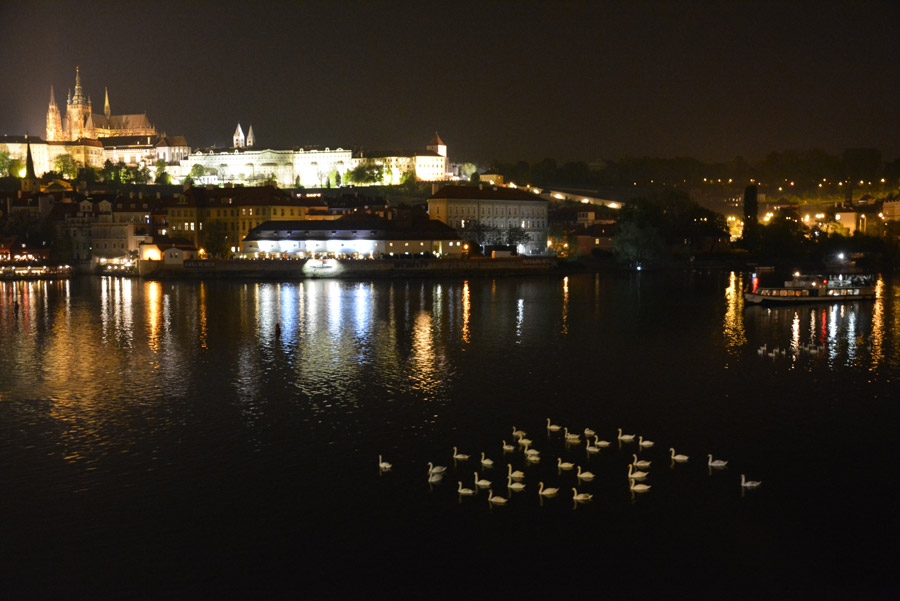 I really have no plans here yet, so I decided to show up to a free walking tour the next morning. Our guide, Filip, is energetic and is against holding up an umbrella or flag of any kind, just my style. Filip gets us acquainted with the main areas of the city and gives us the cliff-notes version of its history.  The main attraction of every walking tour in Prague is the Astronomical Clock. 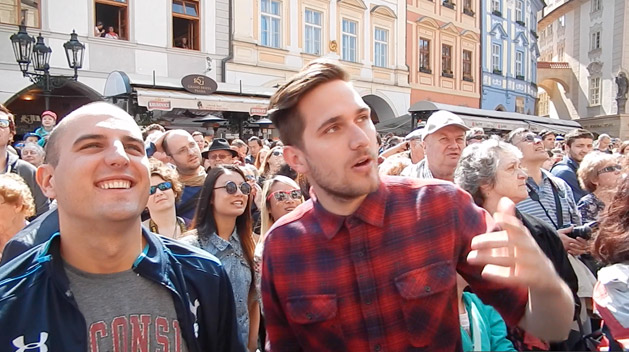 Filip explaining the history of the Astronomical Clock as the crowd waits. 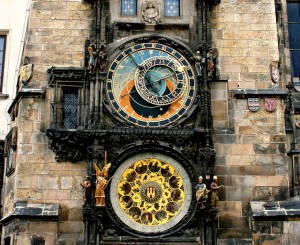 The Astronomical Clock is a perfect example of an attraction that is only appreciated in full if one knows the history of it.  The clock was built in the 1400’s and is the oldest astronomical clock in the world that is still working.  The clock was such a masterpiece that legends has it the city had the clockmaker blinded after he finished it so that no city in the world could also have a clock like this.  Whether the legend is true or not doesn’t matter to me, the clock is a treasure to the culture here and it celebrates the amazing things men were achieving in those days without the help of Instagram or Kick Starter.

I can’t stand people who come see the clock in action, then say things like “That was it? That sucked.”  The clock was built in 1410 and it still works!  What did they expect?  If you’ve never seen this clock in action, then I want you to watch two videos.  The first one is what the clock actually looks like each day at the top of each hour: here.  Then, I want you to see what the city did on the clock’s 600th anniversary.  They used a technology called “light-mapping”, which is a favorite of mine, and the show they put together is one of the best examples of it you’ll find:

The tour also lets me get to know Filip, who offers to share some more tips over drinks after the tour. Since I have a car, he recommends a day trip to nearby Kutna Hora, a Unisco World Heritage town with several sights to see along with the feel of a typical Czech village. He mentions wanting to see the town too, so I invite him along.  More on that in my next article! 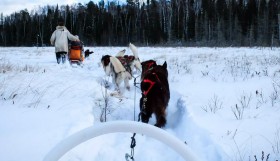 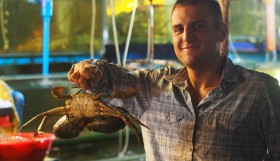 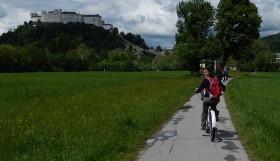 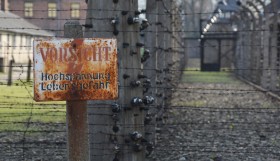 One Response to A Weekend in Prague: Returning to One of My Favorite Cities